Sri Lanka: The absence of a duly constituted Cabinet is in gross violation of the Constitution – Javid Yusuf 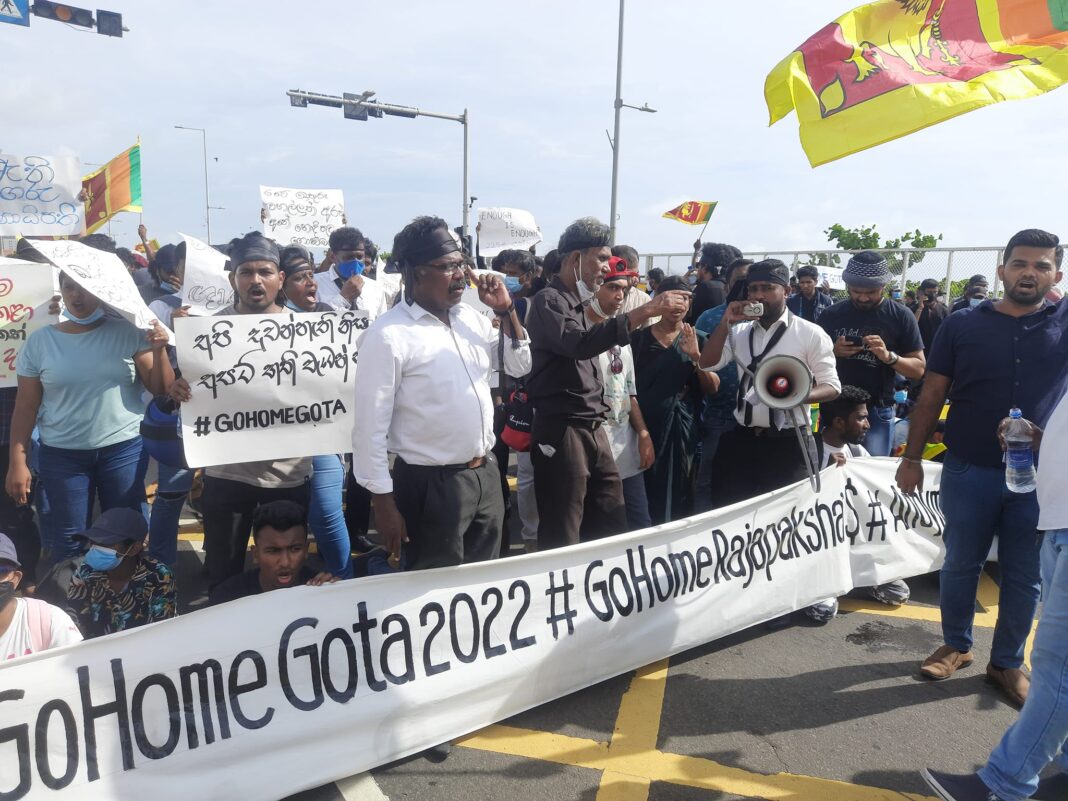 When Parliament met last week to discuss the current situation in the country, most people anticipated that a possible way out of the crisis would emerge out of the discussions in the August assembly.

While the discussions did not take the form of a problem solving approach which most would have hoped for, by Friday there was at least an indication of the thinking of the different political formations in Parliament as to how the crisis should be resolved.

Former Prime Minister Ranil Wickremesinghe set out several options that could be implemented while Opposition Leader Sajith Premadasa spelt out his proposals in a nine point plan put forward on behalf of the Samagi Jana Balawegaya.

The Daily Mirror reported yesterday that the 11-party alliance led by the SLFP too had sent its proposals in writing to the President but details of these proposals were not available at the time of writing this column.

The representatives of the Sri Lanka Freedom Party (SLFP), Sri Lanka Podujana Peramuna (SLPP) and 11 affiliated parties of the Government had subscribed to these proposals which are reported to have stressed the importance of forming an interim all-party government.

The Government for its part did not make any suggestions and continued to maintain a loud silence even with regard to the state of the economy.

It is noteworthy that since December 10 last year, there has been no authoritative statement on the economy from the Government. Even President Gotabaya Rajapaksa who made an appearance in Parliament during the debate did not choose to make use of the opportunity to remedy the situation by making a statement to Parliament.

Parliamentarians across the political divide were reduced to doing their own research to obtain the necessary information and statistics even to make their own analysis of the economic situation.

From the political perspective there was a clear consensus that emerged from within the Opposition ranks–they would not have anything to do with any setup in which President Gotabaya Rajapaksa was a part. In other words they too subscribed to the “Gota Go Home” slogan.

Another significant consensus to emerge was the call for the repeal of the 20th Amendment and the abolishing of the Executive Presidency which has been a critical factor in creating the current crisis. With many silent SLPP-ers also likely to support this move it would be salutary if the Opposition takes action in this regard without further delay.

The Government for its part stuck to its guns and would have nothing to do with the anti-Gotabaya Rajapaksa campaign and insisted that the President would not resign. In fact the on off Finance Minister Ali Sabry extolled the President’s virtues calling him a genuine and sincere leader.

The Government for its part continues to be in denial and adopts a casual approach to the national crisis without any tangible action to relieve the people of their misery.

The Government continues to play the blame game and point its guns at the previous governments for the present crisis without admitting to its role in creating the crisis. But adding insult to injury is the Government’s admission that it knew for more than a year that the country had to go to the IMF for assistance but did not take any steps to do so.

Practically all the economists and all shades of political opinion in the country have been calling for the country to seek IMF assistance during the past two years but the Government had turned a deaf ear to such advice displaying the “uddachakama” that has characterised this Government from its inception.

The Government’s mismanagement of the economy which has brought the country to the brink of disaster is now compounded by its current acts of omission. For one week the country has been without a Cabinet with only three or four ministers holding office.

There are no Ministers for Power, Energy, Health and Trade which are the sectors in which the citizen’s lives are worst affected.

The absence of a duly constituted Cabinet is in gross violation of the Constitution which expressly stipulates that the direction and control of Government is vested in the Cabinet.

It is incredible that in a country where the people are reeling under the impact of food and fuel shortages, medicines and a sky rocketing cost of living there is no direction or control of Government.

The Government seems to have devised its own strategy to ward off or divert the growing demand of the people including its own supporters for President Gotabaya Rajapaksa to step down.

Government spokesmen have launched a blistering attack on the National Freedom Front (NFF) harking back to the Janatha Vimukthi Peramuna (JVP) led insurrections of 1971 and 1988 which have absolutely no relevance to the crisis situation that the Government has led the country to.

They also pose the question whether the country’s problems will be solved immediately President Gotabaya Rajapaksa steps down. This argument is another red herring to distract the people.

The call for the President to resign did not emerge overnight and was a culmination of a series of demands from the people that was articulated over several months but ignored without any positive response from the Government. It started with demands for fertiliser, milk powder, gas, fuel and other essential goods and services.

It was only after the Government took no action to address these issues that the demand for the President to step down finally emerged and reached a crescendo.

It was a manifestation of the people’s realisation that it was poor leadership that had led the country to this position.

It is still not too late for the President to gracefully step down and make an honourable exit by claiming that he is doing so in response to the wishes of the people.

By doing so he would help the country to free itself from the impasse that it is facing and allow the political parties in Parliament to work out an interim arrangement to address the issues faced by the people and the country.

The ball is very much in the Government’s court. ([email protected])