Sri Lanka: That call to the IGP and the undermining of law 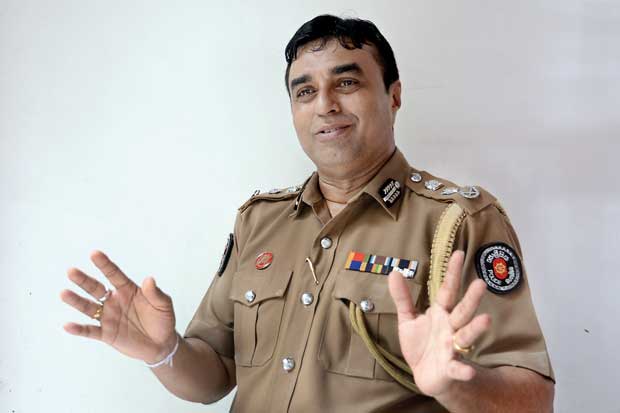 For close to ten years, Sri Lanka was ruled by a Presidency under which calls were openly given by politicians to heads of the judiciary, the police and hapless public servants ordering them to act or not to act as the case may be. This is not to say that such gross misrule started with the Rajapaksas. Before that, we had our peccadilloes, when political pressure was exerted by Heads of State on judicial and public officials in particular circumstances.

At times, the converse was true when the country’s historic judicial institution was reduced to a profound absurdity as a Chief Justice rashly appointed by former President Chandrika Kumaratunga in circumstances that can only be described as mala fide, plunged that Office into unprecedented political controversy (the Sarath Silva Court, circa, 1999-2009).
Regardless, it may generally be agreed that never was there such general despair as during the Mahinda Rajapaksa Presidency. As at the time of his electoral defeat in 2015, the sitting Chief Justice at the time was more in the abode of the President than in the halls of justice.

A single call from not only a scion of the Rajapaksa clan but also the local village thug professing to act on the orders of a Rajapaksa could reduce the Inspector General of Police (IGP) and a lowly Officer-in-Charge of a police station alike to a shivering nervous wreck. So let us forcibly remind ourselves of that none too recent history, even as memories fade in the face of exceedingly great frustrations with the spluttering ‘yahapalanaya’ successor to Rajapaksa rule.

No tolerating ‘figleaf’ excuses
Assuredly however, that history does not mean that the Unity Government is allowed to cling onto proverbial ‘figleaf’ excuses when its electoral promises are betrayed time and time again. Come to think of it, the Rajapaksa discarding of all minimum standards relating to governance was a blessing in disguise for current politicians who keep repeating as a mantra that the Sri Lankan people should be happy when crumbs are thrown from the ‘yahaplanaya’ table for, ‘at least things are not so bad as they were during the Rajapaksa era.’

Quite apart from this being an utterly unacceptable justification, this is also a dangerous one. It allows both the political regime and its blind supporters to live in a state of complacency which is fast belied by the rising public temper outside Colombo.

Not only are many ordinary people refusing to believe that mantra but also, this refusal is accompanied by the sneer that ‘well at least the previous characters robbed but got things done…now there is only robbing.’ In short, that thin majority which was snatched from the Rajapaksa jaws in the electoral victories last year is being whittled down to a point of virtual non-existence.

Shameful kowtowing to politicians
Let us be clear about one fact. At the core of the change in the public mood is the Government’s complete cynicism in regard to its good governance mandate. Nothing encapsulates this better than the recent charade captured on camera to boot, where the IGP is seen obsequiously speaking on the phone to, as now revealed, the Minister of Law and Order. Liberally peppering his conversation with servile salutes, the IGP promised to ensure that a particular high official (nilame) will not be arrested. As it so transpired, that worthy gentleman to whom such protection is given is apparently a close associate of the former regime against whom serious allegations of fraud have been leveled.

As in the case of the Central Bank bond fiasco, the incident itself was shameful enough but what follows is equally extraordinary. With mounting public outrage over this incident, the Speaker who is the Head of the Constitutional Council (CC) which made the recommendation to President Maithripala Sirisena to appoint the current IGP announced the intention to inquire into the matter, only to be reportedly brought up short by the Government itself.

If these reports are true, what right does the Government have to bring its weight to bear on the CC which has been loudly touted to be an independent institution as the architects of the 19th Amendment proudly claim?

Abstaining from shortsighted reactions
In Parliament meanwhile, an illustration of yawning gaps emerging in the Unity Government became clear during the votes on the budget when the President who was in the House at the time, unusually responded to a Rajapaksa-led Joint Opposition query by condemning the behaviour of the IGP and stating that he would call for an explanation.

Activists have called for the resignation of the IGP. But this is a shortsighted reaction which ignores larger issues at play. In other words, the problem is not so much the persona of the current IGP but the political culture. Absent change, a new IGP would face much the same dilemma as the unfortunate incumbent. This may be an issue which some may like to ignore for their personal conveniences but it remains true nonetheless.

For this was the precise issue in the Central Bank bond scam. It remains the issue in regard to the ongoing IGP controversy. When Constitutions are being drafted and ambitious transformations are promised of systems of governance, such incidents and the subsequent cover-ups indicate that this process is just an extravagant mockery. It is no comfort to maintain that the chain of political subversion is not as implacable as during the Rajapaksa period. This is a distinction palpably without a difference where the Rule of Law is concerned.

The dexterous undermining of governance
Most unfortunately, Sri Lanka has been unable to recapture the shining optimism which informed the 17th Amendment’s protection of public officers and judicial officers. In fact, the Removal of Officers (Procedure) Act No 5 of 2002 at the time, enacted as a supplementary law to the 17th Amendment, prescribed a separate safeguard for the removal of the IGP, placing it on par with appellate court judges. But what worth are such protections when the practical reality so evidently refutes the law?

And unlike the savage barbarity of the Rajapaksa misrule, here the undermining is done dexterously. This is the ultimate cynicism, practised through the shrill refrain that the 19th Amendment was manna from heaven to the teeming multitudes.

As we see now to our manifold dismay, this is far from the case.