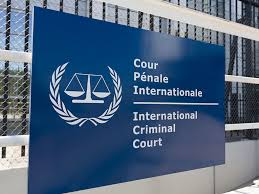 Tamil Lawyers Forum of Sri Lanka  has called on the UNHRC to  referr Sri Lanka  forthwith to the UN General Assembly to referred to the UN Security Council with a mandate to be submitted to the International Criminal Court (ICC) or for the establishment of an ad-hoc International Criminal Tribunal on Srilanka similar to that of North Korea being referred by UN Human Rights Council to the UN Security Council.

Tamil people, especially the victims and their representatives oppose any extension of time given to Sri Lankan Government to fulfil it’s commitment to UN Human Rights Council on accountability beyond the March 2017 deadline. They urge Sri Lanka to be referred to UN General Assembly with recommendation to refer to the UN Security Council to be forwarded to the International Criminal Court (ICC) or to create an ad-hoc International Criminal Tribunal on Sri Lanka.

Creating an international mechanism to prosecute war crimes has been the fervent wish and aspiration of the Tamils ever since the war ended in 2009. The Resolution (though diluted from its original version) passed by the UN Human Rights Council in 2015 gave a glimmer of hope that their wishes and aspirations would be fulfilled.

However, the Tamil Lawyers Forum has observed with alarm and concern the attempts made by the Government of Sri Lanka and it’s leaders reneging on their own commitments incorporated in the Resolution which they co-sponsored. It is obvious that there is nothing ambiguous about the Government’s strategies vis-à-vis the Geneva Resolutions. In it’s attempt to mislead and deceive the international community over and over again, Sri Lanka seeks to further delay the process eventually urging the UN and others to treat it as water under the bridge and dump it in toto.

In regard to meeting it’s commitments on ethnic issues, Sri Lankan leadership had always acted in bad faith, and often, in branch of faith. After co-sponsoring the Geneva Resolution and agreeing to the creation of hybrid court comprising foreign and local jurists to investigate war crimes, Sri Lankan leaders have been acting contrary to the letter and spirit of the Resolution and their manoeuvres are designed to frustrate and defeat the Geneva process. The mala-fide intention is manifest from the leaders’ vociferous public posturing.

President Sirisena, Prime Minister Wickremasinghe and their Ministers have, individually and in unison rejected a hybrid court umpteen times, on different occasions, through state-owned media interviews and from public platforms.

Mainstream media in Sri Lanka, owned by the majoritarian media moguls have unleashed a propaganda blitz castigating the Western sponsors of the Geneva Resolution and trashing the resolution, as a Western conspiracy against sovereign Sri Lanka.

Sensing US President-elect’s rather unconventional approach on many matters, President Sirisena had tried to pre-empt the international community. The Indian media reported that President Sirisena had asked Donald Trump to “pressure the UN Human Rights Council to drop war crimes allegations against the country’s troops. Sirisena’s office said he had sent a “special message” to President-elect Trump seeking US intervention at the council, where Sri Lanka faces censure for wartime atrocities”. (The Indian Express, 27 Nov.2016.) This is in line with the stance taken by all Sinhala political leaders including those in the former Mahinda Rajapaksa regime.

Former President Chandrika Kumaratunga one of the powers behind the throne has in her recent press interview, impulsively laid open the government’s plan. She has brazenly said that with the making of a new Constitution, and the establishment of the Office of the Missing Persons, “there would not be any necessity to have courts to probe war crimes” (Daily Mirror, 2nd Feb. 2017). Chandrika Kumaratunga has ruled out even the pretense of a domestic probe, as touted by the Government in defiance of the UN mandate and the victims’ demand for foreign judges. She has also criticized Ms. Manouri Muttetuwegama, the chairperson of the 11 member Consultation Task Force on Reconciliation Mechanism (CTFSL), for recommending an international mechanism to probe the war crimes.

RESPONSE OF THE INTERNATIONAL COMMUNITY:

The sheer magnitude of the number of ruthless killings and massacres within a short period of time and the shocking manner in which these cruel and wanton acts were carried out resulted in the outright condemnation by the international community which brought out a well-documented Report from the Panel of Experts commissioned by the Secretary General of United Nations. This was followed by a series of Resolutions by the UN Human Rights Council in the years 2012, 2014 and 2015 the last of which was co-sponsored by the GOSL itself.

In the above background, the events leading up to the current state of imbroglio may well be recalled as follows:

1) According to UN Internal Review Report on Sri Lanka 2012, around 70 thousand Tamils were killed in six months in the final stage of the war in 2009 and Tamil women were sexually assaulted and raped by Sri Lankan Security Forces.
2) Several reports by UN and other international organizations also documented in detail the killings of Tamils and rape of Tamil women by Sri Lanka Security Forces.
3) UK based Channel 4 released series of videos documenting the war crimes and Crimes Against Humanity, including live shots of actual killings and other abuses. The footage in these documentaries were certified by the UN as authentic.
4) Thousands of victims and witnesses are eager to give evidence.
5) The killings in Mullivaikal is one of the few well documented killings, amounting to war crimes and crimes against humanity, by independent international groups, including the United Nations.
6) The latest Resolution was passed unanimously in September 2015 directing Sri Lanka to take specific steps to bring perpetrators of these killings and rape to justice. Sri Lanka co-sponsored the Resolution and voluntarily committed to fully implement the requirements by March 2017.
7) One of the steps specified is to have international judges be part of the judicial team that investigates these abuses.
8) Sri Lankan President, Prime Minister and other senior officials have not only spoken against the involvement of Foreign Judges but also rejected any attempt to bring Sri Lankan Security Forces to face justice.
9) Any extension given to Sri Lanka beyond March 2017, will result in the denial of accountability for Mullivaikal massacre. Every time extension comes to an end, Sri Lanka comes up with new excuses to seek additional time.
10) North Korea was accused committing only Crimes against Humanity, but Sri Lanka was accused of committing both War Crimes and Crimes against Humanity.
11) Documented evidence against Sri Lanka is far more extensive and numerous as compared with North Korea.
12) Due to North Korea’s inaction to abide by UN specification, the UN Human Rights Council referred North Korea to the UN General Assembly urging it to recommend UN Security Council to refer North Korea to International Criminal Court (ICC).
13) Sri Lanka is attempting drag this accountability process until it falls off the international attention, thus escaping from the laws and rules laid down to prosecute the offenders in war crimes, crimes against humanity and genocide.

MAIN REQUEST BY THE TAMIL LAWYERS FORUM TO THE MEMBER STATES OF THE UN HUMAN RIGHTS COUNCIL AND THE INTERNATIONAL COMMUNITY:

Srilanka has totally failed to implement it’s commitment to UN Human Rights Council within the stipulated time period. Extensions and grace period have been given already, but no progress has been made on any front, and victims are further frustrated. Srilanka therefore should not be given any more additional time and should be referred forthwith to the UN General Assembly to be referred to the UN Security Council with a mandate to be submitted to the International Criminal Court (ICC) or for the establishment of an ad-hoc International Criminal Tribunal on Srilanka similar to that of North Korea being referred by UN Human Rights Council to the UN Security Council.