Sri Lanka: Statement Condemning the Arrest and Unlawful Detention of Seven Tamil Youth, and Calling for their Immediate Release 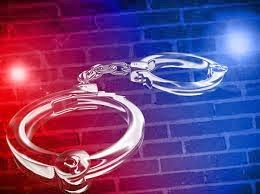 19th December, 2013
We the undersigned, strongly condemn the arbitrary arrest and illegal detention of Raveendran Kajeepan (21), Alfred Piratheepan (30), Murukaiya Ashokkumar (35) and Nageswarasri Yarsan (22) from Jaffna, and the arrest and continued detention of three other youth* from Mannar, by the Terrorism Investigation Department (TID) between the 25th and 27th of November, 2013. It has become common practice for the Government to arrest and detain Tamil youth under the Prevention of Terrorism Act (PTA) coinciding with the time of Mahaveerar Naal (LTTE Heroes Day). In November 2012 too, four Tamil students from the University of Jaffna were arrested and detained under the PTA, and released intermittently over the course of 3 months.

(*Families of these three youth did not want to reveal the identities of their sons for fear of reprisal. As, following their arrests, intelligence officers had visited the homes of those arrested and warned their families to not pursue any course of legal action, as this would prolong their detention.)

The Jaffna Incident
On the 25th of November, at approximately 7pm, the four youth mentioned above had been engaged in a conversation near the Sooduvandhaan junction, on Naamagal Road, Tellippalai (approximately 30m away from their homes,). A cut-out of President Mahinda Rajapakse had been erected near this junction several months ago. Since then, the cut-out had toppled over and torn due to the number of heavy vehicles travelling along the Naamagal Road. Subsequently, some locals from the area had propped the cut-out against a nearby fence.

On the 25th of November, a passing patrol of four military personnel on bicycle, had stopped and inquired as to what the four youth were doing at the junction. Before the youth could respond, the patrol had pointed to the cut-out of the President and accused the four youth of damaging it. They had then proceeded to severely assault the youth. At this point, a crowd of locals, neighbours and relatives had gathered at the junction, where the Grama Sevaka too had arrived.

The Grama Sevaka had attempted to explain to the military personnel that the cut-out had already been damaged, and that the four youth were not responsible for its condition. He had further stated that the youth would reinstall the cut-out, if the military would stop the assault. The military personnel had agreed to the Grama Sevaka’s request. Thereafter, the crowd had borrowed hoes from a neighbouring house, and the four youth had restored the fallen cut-out to its original place.

The police had made no further inquiries, and merely handed over the youth to the TID. The four youth were then taken to the TID office in Vavuniya, and are currently being detained at the Boosa Detention Centre. They have not been produced before the Magistrate Court as yet.

Given the above details, the arrest and detention of the four Jaffna youth is clearly arbitrary and illegal. Furthermore, the unprovoked assault of the four youth by officers of the State, for no legitimate reason, amounts to torture and inhuman and degrading treatment, which is in clear violation of the International Convention Against Torture (ICAT), which Sri Lanka has acceded to in 1994.

Mannar Incident
On 26th November, the Mannar police arrested a Tamil youth for allegedly graffiting ‘Maaveerar Naal’ on a wall in Murunkan. On the 27th, the police arrested another two Tamil youth, claiming that they were acting on information provided by the youth arrested on the previous day. All three youth are also currently being detained at Boosa.

These three youth were produced before the Mannar Additional Magistrate on Friday 13th December, and have been remanded for a further 14 days. They will be produced in court next on the 27th of December.
In a separate incident, also on the 26th of November, Thiruchelvam Kristhuraja, a father of two, from Vaalkaipetrankandal, Murunkan, Mannar, was summoned to the Murunkan Police and subsequently arrested on alleged charges of being a former LTTE cadre. He was then handed over to the TID in Vavuniya, and is currently being held at the Boosa Detention Center. His family claims he is weak and ailing.

In light of the facts above, we are deeply concerned that these arrests are unfounded, and only serve to perpetuate the climate of fear and insecurity of the people of the North. The continued harassment and intimidation of Tamils by the security forces, reinforces our call to remove the excessive military presence and their interference in civilian affairs in the North. We also reiterate our call to repeal the repressive Prevention of Terrorism Act which facilitates the State to carry out such arbitrary and illegal arrests and detentions.