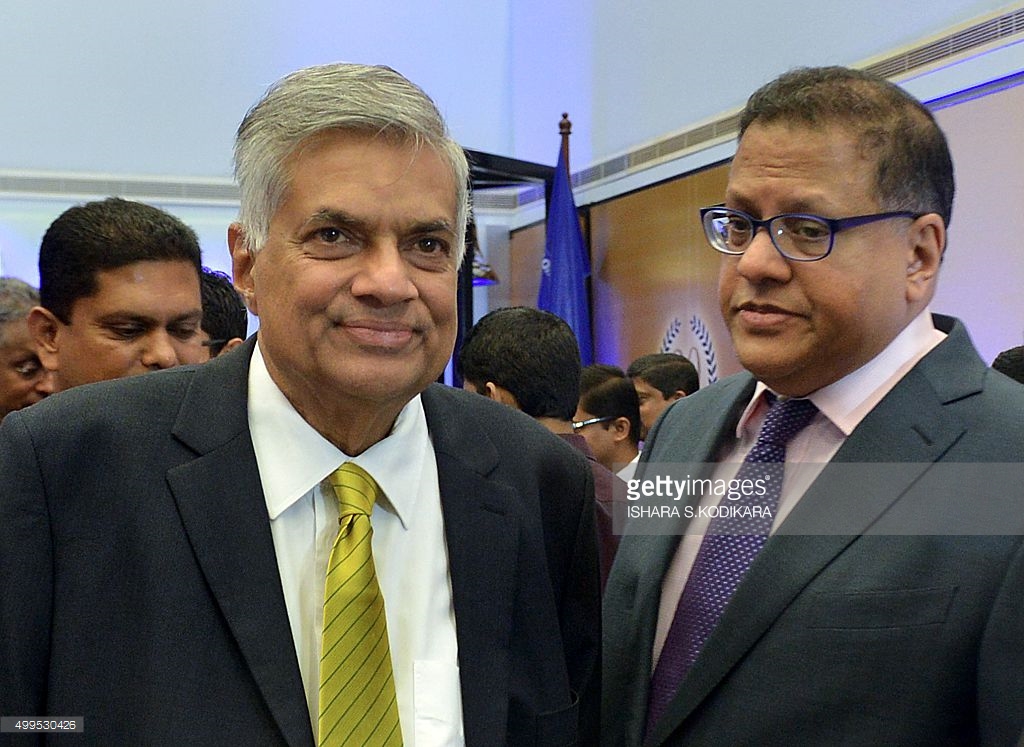 Image: PM Wickremasinghe and Arjun Mehendran are said to be close friends.

It is revealed that the after-tax profits of Perpetual Treasuries Ltd, the Primary Dealer that is at the center of the Treasury Bond controversy, between 1st April to 31st September 2016 is Rs. 6815 million.
This is revealed as according to Central Bank regulations the yearly financial reports of Primary Dealers have to be published.

The profits of former Central Bank Governor Arjun Mehendran’s son-in-law’s company has continuously gone up in an unprecedented manner and as such, there is reasonable suspicion that there has been manipulation by the former Governor and has influenced the issue of bonds at the transaction.