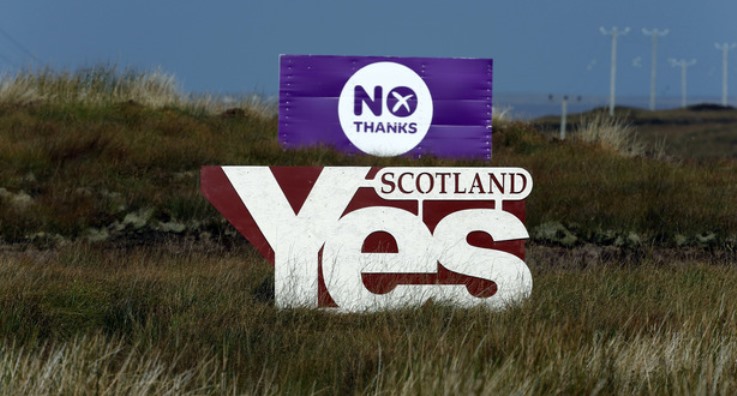 The iconic 007 James Bond actor Sir Thomas Sean Connery, who is a die –hard campaigner for the independence of Scotland, once said that he would not return to his homeland Scotland, until the region gains independence from the United Kingdom.
Sean Connery, who had succeeded in campaigning for the creation of a Scottish Parliament in 1999, through his Scottish National Party, now seems to be rejected by Scotland forever with a majority of Scottish people rejecting his call for an Independent Scotland, at a referendum held on 18 September.

The entire world was closely monitoring the Scottish referendum and the International political observers even said that if the Yes votes were cast in favor of a separate Scotland State it would be an inspiration for several separatist movements throughout the world.

Despite the turbulent political issues, with regard to Northern Ireland, which had remained a huge challenge for the United Kingdom, politically as well as militarily, for several decades, the British leaders had succeeded in maintaining the integrity of the United Kingdom by successfully overcoming the North Ireland conflict situation democratically, through negotiations in 1998.

At a photographic exhibition held in Colombo, last year, the British High Commissioner to Sri Lanka John Rankin, who is of Scottish origin, responding to a local journalist on the Scottish separatist issue, very rightly predicted that Scotland will remain part of the United Kingdom and the hardliners will not succeed in their campaign to separate the region from rest of the UK.

Since Sri Lanka, being a country that had been ruled by the British Empire for more than a century, with Governors even being of Scottish origin, the Lankan leaders of all ethnicities who fought for the independence from the British stood firm on upholding the integrity when the island nation gained independence in 1948.

However, the post-independence era had failed badly in maintaining the unity and integrity of the ethnicities in the island with harsh political differences which had even led to the disintegration of the island ethnically.

Westminster system
The leaders of the very first Parliament of the independent Sri Lanka, who followed the best of Westminster traditions, believed that a federal system of administration could be the right solution to fulfil the political aspirations of the minorities and two treaties (Banda –Chelva pact and Dudley –Chelva pact ) were even brought out to nip the ethnic crisis in the bud.
The two treaties, which were the outcome of greater understanding between the leaders of Sinhalese and Tamils, who had the farsightedness to settle the ethnic differences through the federal system, didn’t posses the courage to ensure the integrity of the island by curbing the chauvinist elements which had succeeded in defeating the attempts put forward in recognizing the legitimate rights of the minorities in the island.

As the referendum was held to decide whether Scotland should remain part of the United Kingdom, with Thursday’s ‘Yes’ or ‘No’ voting, fifteen years ago the Tony Blair Government in Britain had successfully negotiated with the Irish Republican Army’s political wing, Sinn Fein to bring an end to the IRA militancy and settling the Northern Ireland issue.

The introduction of the Executive Presidency in 1978 in the island with the new Constitution had undermined the Westminster system completely further complicating the political situation with regard to ethnic issues.

Apart from the hardcore attitude of the chauvinist forces in the southern part of the island, the collapse of the Westminster system had also led to the emergence of extremism among the Tamil minorities in the North and East of the island crippling all efforts towards finding a constructive solution to the ethnic crisis.

During Thursday’s referendum on Scottish independence, it was interesting to note the manner in which all political Parties in Westminster shed their political differences to defeat the Scottish National Party’s demands for separatism.

The political parties from Westminster came forward to devolve more powers to Scotland in order to prevent the region disintegrating from the rest of the United Kingdom.

The leaders from Westminster were not arrogant but were accommodative by coming forward to devolve more powers to overcome the separatist ideas of the Scottish.

The Scottish referendum has also led to the Westminster considering more devolution of power to other autonomies such as Wales, England and Northern Ireland in the UK.

One year of NPC
The Scottish referendum occurred at a time the Northern Provincial Council in the island had completed one year.

Since the formation of the Tamil National Alliance-led Provincial Council in September last year, the provincial political body is still clamoring for greater devolution of power from the Central Government in Colombo.

The Illankai Tamil Arasu katchchi (ITAK), which is the flagship of the Tamil National Alliance (TNA), which had secured an overwhelming victory at the Northern Provincial Council polls in September last year, has even cautioned that it would spearhead the political agitations from the beginning of next year, emphasizing on greater devolution to the Northern and Eastern Provinces.

Since Sri Lanka was ruled by the British for more than a century, the finer aspects of being democratic could be learnt from the Westminster leadership, which showed how to avoid the disintegration of the Empire.
Ceylon Today