Sri Lanka: Shocking violation of the Constitution by the ‘Lord and Master’ -Mass L. Usuf 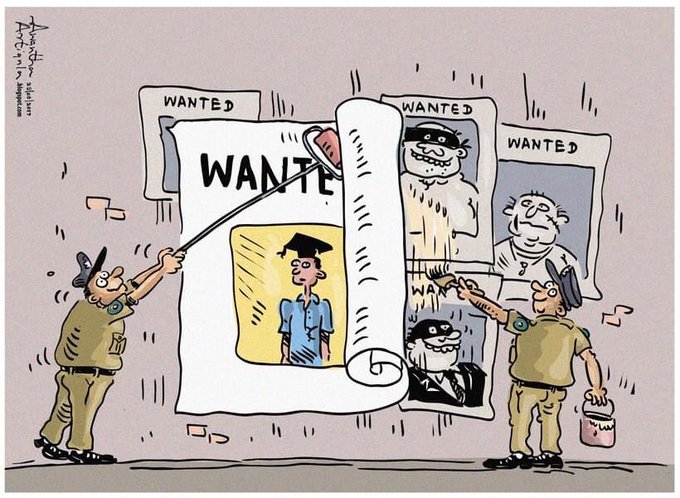 What an irony. Presidents of other nations receive greetings, good wishes and congratulatory messages upon assuming the Office of Presidency of their country. Deservedly, to an unpopular President by default in Sri Lanka, what he received were messages of condemnations, 24 hours after assuming office.

The international community was quick to react to the brutal, vicious and merciless assault on peaceful civilians in ‘Gotagogama’ in Galle Face Green, come dawn 22 July, by a contingent of heavily armed soldiers. This was a totally unprovoked attack. Certainly, a show of the arbitrary use of power and display of highhandedness on the innocent, unarmed and non-violent citizens of this country.

This is a gross violation of the fundamental rights of the citizens enshrined in the Constitution. The same Constitution which the incumbent President on 21 July, solemnly declared and affirmed to faithfully perform the duties and discharge the functions of his office. This President also in his oath undertook to uphold and defend the Constitution. It is this very Constitution and this very oath that President Ranil Wickremesinghe disgracefully violated, when he unleashed the armed forces and the Police to attack the civilian population of this country. This is an act exceedingly abusing the purpose for which such power and authority had been conferred on that office.

Every citizen is entitled to express his views and opinions either individually or in association and these are considered basic principles of human rights in a democratic society. Specifically, Article 14 (1) (a) to (i) of the Constitution clearly states that every citizen is entitled to “freedom of speech and expression including publication”, “freedom of peaceful assembly”, “freedom of association”, and among other things, “the freedom of movement”. These are fundamental rights conferred on the citizens in order to enable them to protest and demonstrate against wrongdoings by public functionaries. They have the right to publicly express their voice of dissent against any authority and that includes the ‘Lord and Master’ Ranil Wickremesinghe. It is important to note that the right to assemble, associate and move are all part of this entrenched list of citizens’ rights.

The Archbishop of Colombo, Malcolm Cardinal Ranjith said that Wickremesinghe had come into power stating that he would protect the Constitution. However, within 24 hours of his appointment, Wickremesinghe had violated the Fundamental Rights of the people.

Abusive use of PSO

Public Security Ordinance is a mechanism devised to protect the nation and its people at a time of emergency. It can be a threat to the life of the nation by external aggression or internal disturbance or even a natural disaster. Such powers bestowed on the executive by-passing legislative oversight are exceptional circumstances.

By virtue of the powers vested in the President by Section 2 of the Public Security Ordinance (PSO) of 1947, as amended by Act No. 8 of 1959, Law No. 6 of 1978 and Act No. 28 of 1988, he has the power to declare a state of emergency by a proclamation to that effect. Section 2 of the Public Security Ordinance (PSO) of 1947, provides the circumstance under which a state of emergency may be declared by the President. One important aspect for consideration prior to such a proclamation is that “it is expedient so to do in the interests of public security and the preservation of public order”.

If the PSO was invoked by the President for purposes of public security and the preservation of public order, what in fact he had deliberately facilitated was the terrorising of the unsuspecting innocent public in the early hours of that day. The State itself, with its machineries of force and intimidation, had been the primary source of public insecurity and not the civilians sleeping in Galle Face Green. The State did not preserve public order; on the contrary it disturbed public order.

Mainstream news channels widely reported the Human Rights Commission of Sri Lanka (HRCSL) condemning the incident and calling it a “brutal and despicable attack” and that it is a “total violation of the fundamental rights of the people by the actions of Executive.” The HRCSL urged the Government to identify the perpetrators and take appropriate action against them.

Among the target of this unrestrained attack were also journalists, other media personnel, women, differently able persons and religious dignitaries. The extent of the violent onslaught by the armed forces and their total indifference to the law of the country were manifested when even lawyers were brutally subjected to physical abuse. Reportedly scores of people in the Green have sustained grievous injuries.

The Bar Association of Sri Lanka immediately issued a statement strongly and unreservedly condemning the use of force and violence. The statement further stated: “It is apparent that hundreds of military personnel and police had blocked the access roads to Galle Face and prevented the public from entering the area. Attorneys-at-Law who tried to enter the area have been prevented from doing so by forces personnel. The BASL has been informed that at least two Attorneys-at-Law who sought to intervene in their professional capacity had been assaulted by service personnel. Video footage also shows unarmed civilians being assaulted by the security forces,” The BASL demanded that President Ranil Wickremesinghe ensures that he and his Government respect the Rule of Law and Fundamental Rights of the people.

The PSO cannot be used as a Machiavellian tool to oppress and suppress the freedom and liberties of the very people for whose protection these powers have been granted.

It is trite law that the State is the custodian of the fundamental rights of citizens; therefore, the President, Public Officers, Police and the judiciary must do everything to uphold these fundamental rights. The Presidential directions should be such as only to impose minimum possible restrictions and not to ruthlessly brutalise protestors. When peaceful protestors are arrested and produced before the court, it becomes the duty of the Court to test the legality and validity of such arbitrary action, misusing the power given to the holder of that office, when an order is given preventing or stifling citizens from protesting.

Public security and its emergency law accompaniment are tools that can in many instances legalise executive action which would otherwise be considered illegal under the rule of law.

The past has provided several instances when the Pubic Security Act or Emergency Regulations had been invoked culminating in abuse of authority and depriving the citizens of their basic rights. This is an instrument which has been legally made available to governments to be used for the benefit of the country and its citizens. While many have used it for the purpose it was designed for, there are also those who have gone beyond by suppressing civil liberties, fundamental rights and imposing press censorship. There also hovers the fear that the freedoms of expression and the right for peaceful assembly of the people will be hindered by the misuse of the draconian and notorious Prevention of Terrorism Act which can be brought to bear on the protestors. Experience bears testimony as to how powers have been used by the executive to the extent of near unaccountability and abuse of authority.

Juristically, the extent to which these rights are fostered indicate that legitimate dissent as one of the distinguishable features of any democracy. There is no questioning of whether the issue raised by the protestors is right or wrong or it is justified or unjustified. The fundamental aspect that has to be emphasised is the basic right which is conferred upon the people in a democracy to voice their grievances.