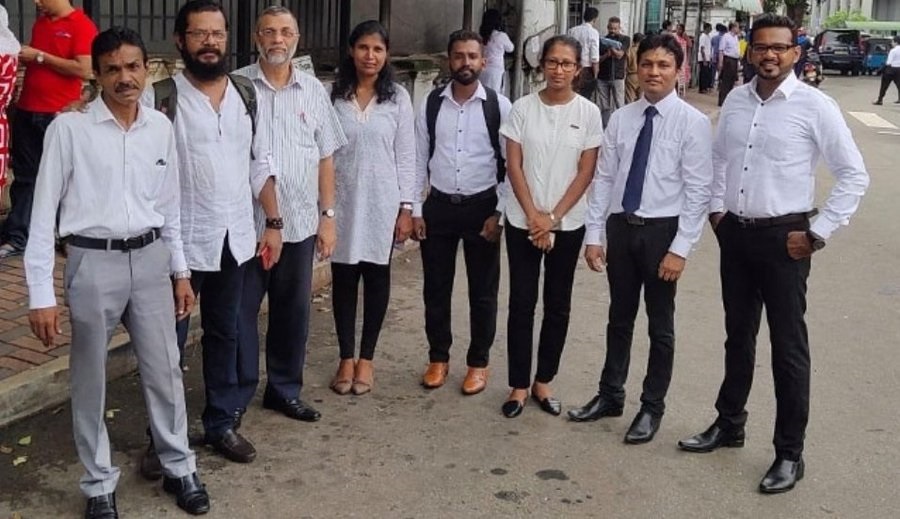 A group of journalists attached to news websites Sri Lanka Mirror and Sri Lanka X News were released by the Colombo Magistrate’s Court on Friday (20) due to insufficient evidence to prosecute them.

Eight journalists, namely Kelum Shivantha, Subhash Jayawardena, Ajith Seneviratne, Himashi Karunaratne, Tharindu Rajapaksa, Shiranthani Manawadu, Asanka Nivantha and Siddique Kariyappar, were released when the Attorney General’s Department told the court that there was no evidence to support the charges that were levelled against them.

The journalists were arrested by the Criminal Investigation Division (CID) on June 29, 2012, during former President Mahinda Rajapaksa’s tenure. They were accused of dishonouring Rajapaksa and of treason.

When the CID failed to find evidence to support the initial charges, it had attempted to charge the group for possession of pornographic images. This attempt also proved to be futile.

This led to Colombo Additional Magistrate Prasanna Alwis to order the release of the eight journalists on bail in September 2013.

The Sri Lanka Mirror reported that despite the Magistrate’s order to release seized computers, where the pornographic images were allegedly stored, the CID has yet failed to do so.

The Fundamental Rights Petition filed by the journalists stating their fundamental rights to freedom of speech and expression, engaging in a profession of choice alone or with one or more persons have been violated due to unlawful arrest continues to be heard before the Supreme Court. If proven guilty the journalists could have been sentenced to life in prison.

Attorneys Musa Lai and Upul Kumarapperuma appeared on behalf of the journalists.