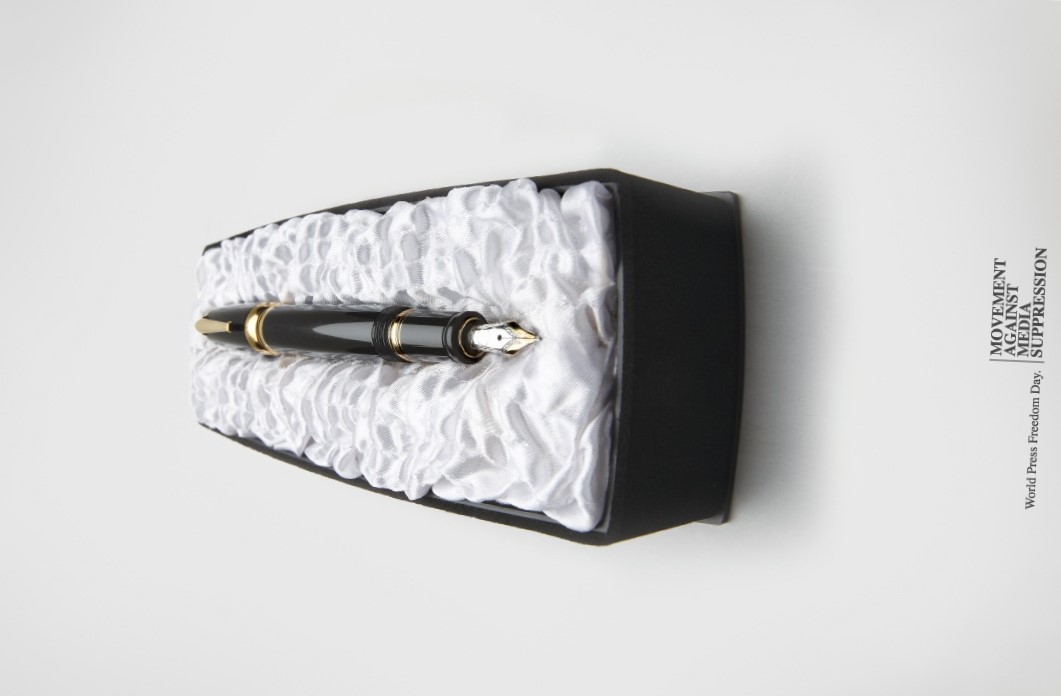 A bad workman’s tools and the media have one thing in common; they get blamed for others’ failures. The Rajapaksa government vilified its critics as ‘traitors’ and the present administration brands all dissenters ‘racists’.

Prime Minister Ranil Wickremesinghe launched into a tirade against the media the other day in Parliament as usual. He is apparently under the impression that the raison d’être of the media is to devise ways and means of scuttling the government’s efforts to achieve what it described as national reconciliation. He seems to think hell is now empty because all the devils have crept into the local media institutions. He, however, is not alone in bashing the media.

Some lesser politicians, intoxicated with power, also indulge in inveighing against the media, taking as they do cover behind their parliamentary privileges. The question is what those who are so keen to bring about reconciliation did to prevent the 1983 anti-Tamil pogrom backed by the then UNP government of which they were prominent members. They did not utter a word in protest when the majestic Jaffna bibliotheca packed with rare, invaluable, weighty tomes was burnt down, did they? ….

The Rajapaksas who were blamed for goon attacks on the media while they were in power have taken up cudgels for journalists. It was in their heyday that journalists such as Lasantha Wickrematunga were brutally murdered, and MTV, Siyatha TV and the printing facilities of The Sunday Leader and the Udayan came under arson attacks. Adding insult to injury, President Mahinda Rajapaksa appointed Mervyn Silva his Media Minister. The media fought quite a battle to knock some sense into Rajapaksa, who reluctantly changed his mind. We pointed out in this space that the Arachchi would have to take the blame for what his ferocious pet dog was doing. Silva also specialised in character assassination and would indulge in vilifying the then key Opposition figures with impunity to please his political bosses. Public resentment welled up and found expression in a massive protest vote which dislodged the Rajapaksa regime last year. Rajapaksa’s pet dog is now snapping at his own feet!

Minister of Law and Order Sagala Ratnayake told Parliament on Saturday that 15 journalists had been killed between 2006 and 2015. This is a damning indictment on the Joint Opposition, which is now championing media freedom and democracy. Similarly, the UNP must explain why it has not ordered a probe into the then Chief Opposition Whip and UNP MP Joseph Michael Perera’s special statement in Parliament in July, 2008 that the attacks on journalists under the Rajapaksa government were carried out by a special army team controlled by the then Army Commander Lt. Gen. Sarath Fonseka, who is now a minister of the ‘yahapalana’ government!

The government’s anti media frenzy has taken a turn for the worse. A television station has been closed down and the ground is apparently being prepared for throttling another on some flimsy pretext. Those who have no qualms about justifying the illegal sale of MPs’ duty free vehicle permits and mega bond scams, releasing terrorists and manipulating the judiciary to take ruling party politicians off the hook have made an issue of alleged violations of the terms of licences issued to television stations!

The Rajapaksas’ efforts to justify their undemocratic actions such as the incarceration of the former war winning Army Chief Fonseka and the ‘impeachment’ of the then Chief Justice Shirani Bandaranayake came a cropper. Likewise, the discerning public won’t buy into claims being made to justify dictatorial actions of the incumbent government on a witch hunt against its critics. The government’s ability to muster a two-thirds majority in Parliament by showering bribes on MPs in the form of ministerial posts, cars, plum jobs for their kith and kin should not be confused with popular support. The Rajapaksa government, too, had a two-thirds majority in the House, but it came crashing down, didn’t it?

The government finds itself in the dock and people will deliver their verdict at a future election. It may postpone local government elections, but it will have to hold them eventually.
Excerpts for the Editorial, island.lk