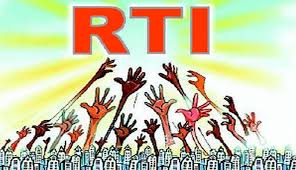 Sri Lanka has reached third best place in the RTI global ranking. Mexico and Serbia are in the first and second places.

“Countries often go up a few points on the RTI rating when they adopt rules and regulations. But this is an impressive jump up for a country which already had a very strong score, so both the minister and the commission deserve to be congratulated for their good work,” CLD’s Executive Director Toby Mendel was quoted in its website www.law-democracy.org.

When the bill was unanimously adopted in Parliament last August Sri Lanka was in the seventh place of global ranking and then dropped in to the ninth place. However, the new regulations of the act has added ten more points to Sri Lanka which brought it to the third best place in its global ranking.

The rules and regulations were gazetted last week by the Minister in concurrence of the RTI Commission in Sri Lanka.

The implementation of the act was commenced on February 3rd and countrywide public authorities had received more than 300 RTI applications on the first working day of the week.

“This is a significant achievement for Sri Lanka. And also this is just a beginning of a long journey. We will do our best to establish good governance and democracy in this country,” says Minister Gayantha Karunatilleke.