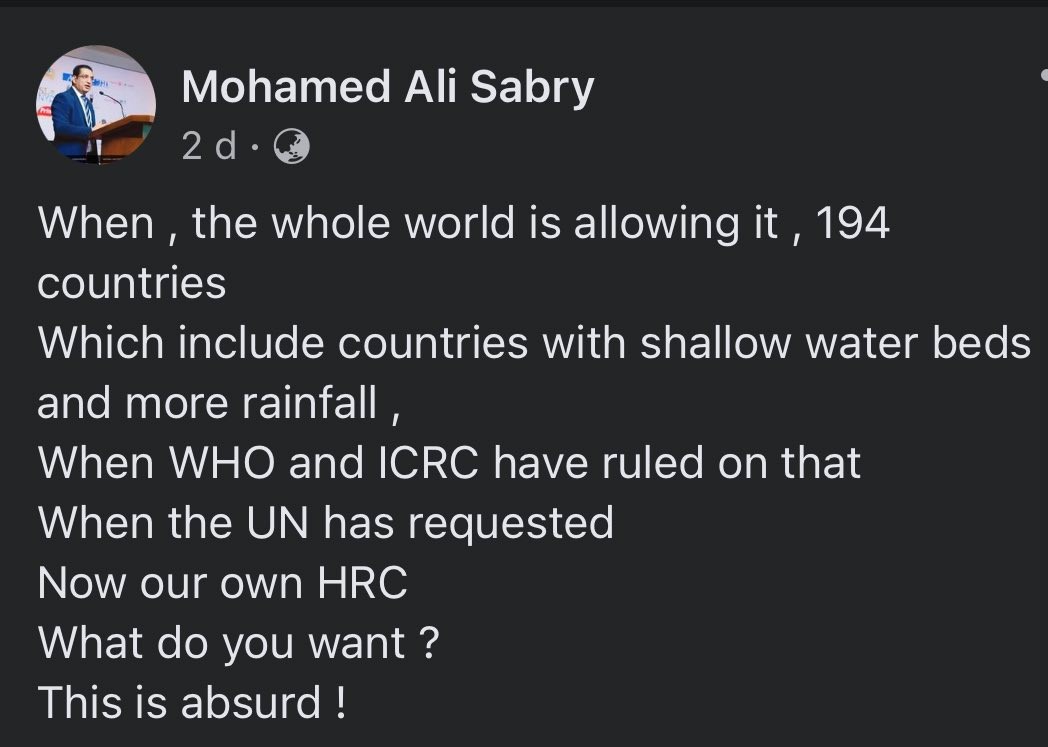 Image: A FaceBook post by Sri Lanka’s Minister of Justice which says mandatory cremation of Muslim Covid victims is absurd.

In a series of tweets, a former member of Parliament Ali Zahir Moulana says that Rs. 60,000 were demanded from some families for the coffin and ash of the cremated covid victims in Sri Lanka.

“In the case of the 3 Muslim COVID19 deaths which occurred yesterday (28) – 2 from Slave Island & 1 from Maligawatte, the families were forcibly demanded of their consent to cremate & an exorbitant sum in excess of Rs. 60,000 each in cash allegedly for the “coffin and ash”.

“The 3 families refused to give their consent to cremate nor part with such an exorbitant sum of cash which they couldn’t afford. The police were then called, and despite immense hostility & harassment the families remained resilient and left – a first which didn’t happen before.”

“Why are these unfortunate families subject to such harsh treatment ? How many destitute families have been swindled & harassed in the name of racism, all while struggling over the tragic loss of their loved ones & then forced to witness them being cremated against their wishes?”

Meanwhile, Justice Minister All Sabry says that mandatory cremation of Muslum victims of Covid 19 is absurd.

He has come under fire from Sinhala extremist members of the cabinet and Alt-Buddhist monks.