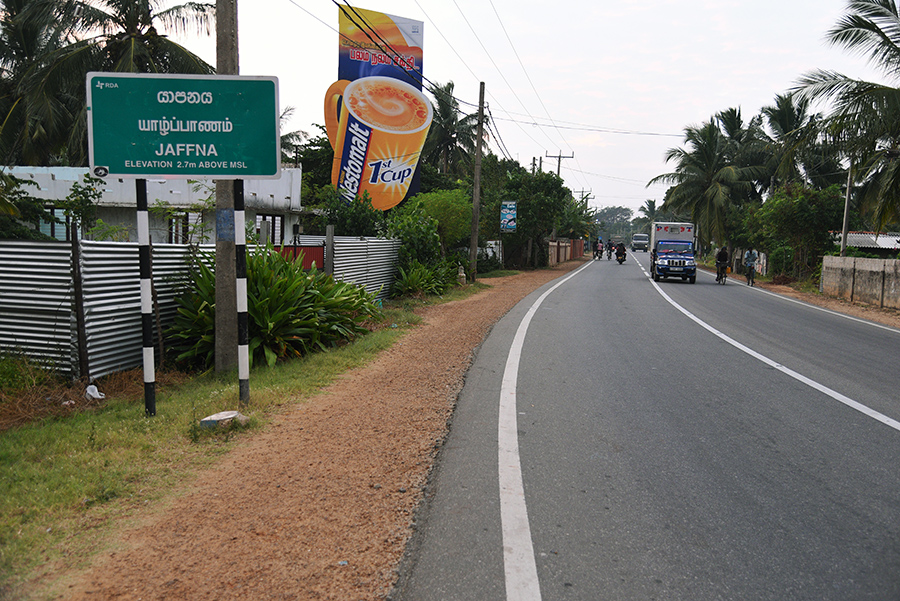 Today in this House it is the UNP that is in Government. The responsibility is with you.

The Prime Minister became the Chairman of the Steering Committee that has met over 80 times and has brought two comprehensive reports. The second one includes a draft of the constitution made by the experts to the steering committee.

The Prime Minister comes to the constitutional assembly and says this is not ours.

I stand with the Leader of the Opposition on that criticism of the Prime Minister. He steered this whole process and after all of that time, money and expertise has been spent, he says “the experts have given their report, now it’s up to you”. He did not convene even one Steering Committee meeting thereafter.

So why did we go through this? Was it just a charade? Did the Government do this to show the world that you did some constitutional reform, that you’re being liberal? That you’re being accommodating? That you are trying to forge consensus? We arrived at a consensus, but you are unwilling. You don’t seem to have the courage to take forward the process that you initiated. That is our criticism of you today. We have spent our political capital. We have spent every sinew to make this a success. We have participated.

Mr Sampanthan and I have participated in every single Steering Committee meeting. Those in the Steering Committee know how accommodating we were, and how much we agreed on difficult questions because we want this age-old question resolved once and for all. We thought this would only be possible when the two main political parties were together, and that is why we gave it our all.

Even if the parties have separated, it is still possible. This is a statesman effort. This is not a political project. This House, whichever side you may be on, must obviously realise the calamity that has befallen this country as a result of the fact that this question has not been resolved until today.

The Opposition Leader was saying he had built roads and had buildings put up – all that is good and welcome. That does not substitute for political power. Material benefits to our people will never substitute political power in the hands of the people. Is that too much to ask? Is that what the majority of this country are saying? I don’t think the Sinhalese people are saying that. It is their political masters who want the power to remain in their hands. But what is the result of that? I will not call ourselves minorities; we are not minorities in this country – we are smaller in number, but we are equals. But for us to exercise equal citizenship rights in this country, we must also have access to political power. Our people must be able to decide matters in the areas in which they live. That is what President Mahinda Rajapaksa said in July 2006. People in their localities must be able to decide their own fate. That is what he said.

Those are Mahinda Rajapaksa’s words. He knew what he was saying then. Yet today in this House, he sang a totally different tune. The un-statesman-like behaviour of the Leader of the Opposition today in this House, where he gave a very wrong picture about this whole process and of the proposals that are before this Parliament, is deeply disappointing.

I want to say most categorically that the proposals that emerged in January this year goes not one inch beyond what Mahinda Rajapaksa promised this country and what he promised the world, particularly with India. Why did he do that? Why did he go and make joint communiques with India, saying the 13th amendment will be fully implemented including Land and Police powers which are there in the 13th Amendment. Then he went beyond, acknowledging that it is still not meaningful devolution, saying that ‘we will build on that to achieve meaningful devolution’.

Having said all of that, if he can now turn 180 degrees and castigate this process, raise a war-cry, tell the Sinhalese people now this is going to divide the country, that is most un-statesman-like behaviour. I regret that I had to use those words about the Leader of the Opposition President Mahinda Rajapaksa today. But that is what he is doing.

Even at this tail end of the Government – this Parliament has one year left – we will give our fullest to complete this process because the future of this country depends on this process succeeding. The motion that was moved by Honourable Sampanthan says that very clearly. He raised that question, which was echoed by the Minister of Finance a short while ago. “What would be the future if we don’t succeed in this effort?” It will be disastrous. It will be worse than we have ever seen before. This is not a threat, but anyone who knows history, will say that with confidence.

Once again, during this debate, the ranks of the Government are depleted today, showing scant regard for this process that they initiated. They are showing that this process is of no consequence at all. This is most disheartening. We urge the main opposition and the Government to please come together. We will still continue to cooperate to achieve a social contract between all the different peoples’ of this country. So far we do not have that in this country.

A constitution is a social contract, it is not a law. It must be agreed to by all the parties. We are willing to agree. We have shouted that from the rooftops. Even now, our hands are still outstretched. Do not fail to grasp it. Because if you fail to grasp our hand of friendship, in the days to come it will not be this hand that will be stretched towards you.

[This article is an excerpt of a speech made by the TNA Jaffna District Legislator in Parliament on July 26, during the adjournment debate on the fate of the constitutional reforms process in Sri Lanka]-Sunday Observer