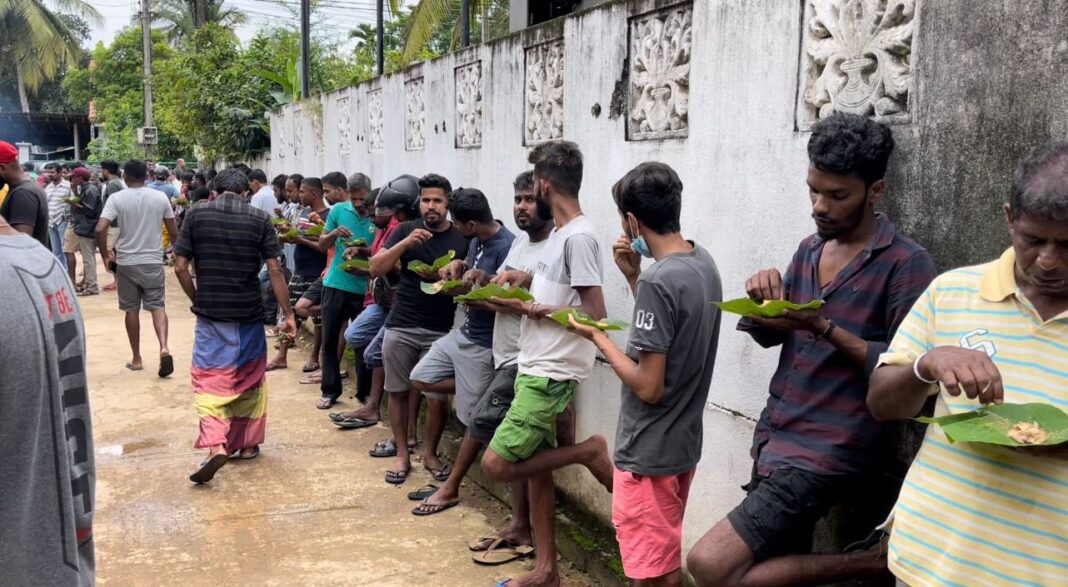 Image: TukTuk drives are having a meal of jack fruit while standing hours in fuel queue.

GENEVA (Reuters) – Sri Lanka is at risk of tipping into a full-blown humanitarian crisis as the country’s economy suffers its biggest shock in decades, the U.N. humanitarian office (OCHA) said on Friday.

Sri Lanka’s 22 million people are suffering the country’s most serious financial turmoil in seven decades, with severe shortages of fuel, medicines and other essentials amid record inflation and a devaluation of its currency.

“Sri Lanka is facing its worst economic crisis since independence in 1948. We are concerned that this could develop into a full-blown humanitarian emergency,” OCHA spokesperson Jens Laerke told a regular U.N. news conference in Geneva.

In response to a request from the government, the United Nations on Thursday said it had launched a plan to provide $47.2 million of assistance between June and September to 1.7 million people worst hit by the crisis.

Christian Skoog, representative in Sri Lanka for UNICEF, the United Nations’ children’s agency, said 70% of Sri Lankan households had already reduced food consumption and as many as one in two children required some form of emergency assistance.