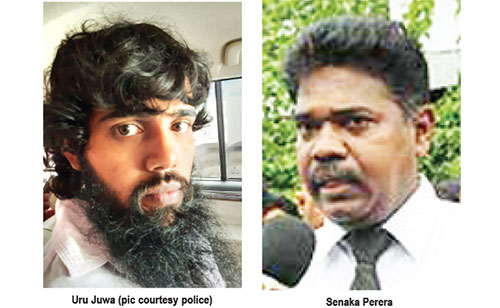 Attorney-at-law Senaka Perera says that the death of persons taken into custody by the police cannot be justified under any circumstances.

Activist Perera questioned the circumstances in which Dinithi Melan alias Uru Juwa who had been arrested by the Nawagamuwa police on Monday (10) died of gunshot injuries on the following day.

The police couldn’t absolve themselves of the responsibility for the safety and security of those who had been taken into custody even if they were under investigation over criminal activities, lawyer Perera said.

Responding to The Island queries, the activist said that in spite of quite a number of deaths in police custody over the years those responsible never took tangible measures to prevent such incidents.

The Public Security Ministry owed an explanation how the person in the custody of the Nawagamuwa police had received gunshot injuries when he was taken to a place at Waduramulla, Nawagamuwa on Tuesday, lawyer Perera said. The suspect obviously in handcuffs couldn’t have posed a threat to the armed police party accompanying him, Perera said, urging the government to rein in the police behaving like an extra-judicial killer force.

Lawyer Perera said that the Justice Ministry, Public Security Ministry, the Office of the Attorney General, the National Police Commission, Human Rights Commission of Sri Lanka and the Bar Association of Sri Lanka (BASL) should be concerned about continuing deaths in police custody.

The bottom line was the police bypassed the judicial process and summarily got rid of persons whom they considered a threat, the Attorney-at-Law said.

The civil society activist challenged DIG (Legal) and Attorney-at-Law Ajith Rohana’s version of the events leading to the death of Dinithi Melan.

Based on information provided by the Nawagamuwa police, DIG Rohana said that ‘Uru Juwa’ had been wanted in connection with at least four killings, about 20 cases of taking ransoms and a number of other incidents. The top police official said that ‘Uru Juwa’ had been responsible for incidents during the 2015-2019 period and was being taken by the police to Wanduramulla, where the police opened fire during an incident.

Later, the police recovered five swords, one locally made weapon, 38 rounds of T 56 ammunition, eight rounds of 9mm ammunition and six hand grenades, DIG Rohana said, adding that the suspect was pronounced dead on admission to the local hospital.

DIG Rohana said that Western Province (South) police were conducting an inquiry into the incident under the supervision of a Superintendent of Police.

Lawyer Perera said that a lawyer visited the late Dinithi Melan at the Nawagamuwa police and his arrest was also brought to the notice of Police Emergency and the HRCSL. Responding to another query, the rights activist said that the arrested person hadn’t been produced before a Magistrate.

Lawyer Perera challenged the police to reveal previous investigations conducted into deaths in police custody. According to him, Samarasinghe Arachchige Madush Lakshitha alias Makandure Madush was killed in what the police claimed a shootout between them and the underworld at Applewatte Housing scheme in Oct 2020. Following the incident, the police made the usual claim of recovering heroin and promised a thorough investigation, lawyer Perera pointed out. “We would like to know the outcome of the internal police inquiry into the Madush killing,” lawyer Perera said.

The police never explained how Madush having been in the custody of the Criminal Investigation Department (CID) since May 5, 2019 suddenly led the CCD (Colombo Crime Division) to major heroin recoveries just few days of taking the suspect into their custody on Oct 16, 2020, lawyer Perera said. Madush was killed in questionable circumstances four days after the CID handed him over to the CCD, the lawyer alleged.

The possibility of various interested parties, including political elements using the police for ulterior purposes. The police shouldn’t undermine public confidence in them, the lawyer urged law enforcement authorities.

Notorious organized criminal Dharmakeerthi Tharaka Perera Wijesekera alias ‘Kosgoda Tharaka’, who was in police custody, died after a shooting incident involving with the police during an operation, reports Daily Mirror.

34-year-old Tharaka was admitted to Mirigama Hospital with gunshot injuries he sustained during the shooting incident.

The spokesman said a Chief Inspector of Police was also injured during the incident and admitted to the Wathupitiwala Hospital.

DIG Rohana said Tharaka was wanted in connection with seven murders and 21 robberies took place in Kosgoda, Matara, Moratuwa and in the Kottawa police areas.

Kosgoda Tharaka was the main suspect in the robbery of a jewelery shop in Matara in 2018, where a police officer was shot dead.