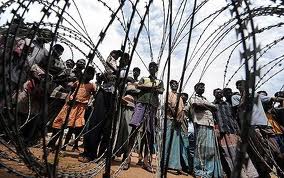 A programme of physical and psychological torture in Sri Lanka’s “rehabilitation” camps for former members of the Liberation Tigers of Tamil Eelam, has been revealed in a report by an NGO, Tamils Against Genocide (TAG)who  gathered evidence from former detainees.
The author of the report, Henrietta Briscoe, said that the government restricted access to the camps in order to continue with its rehabilitation programme. Of the initial 22 camps, the Rehabilitation Programme  is still in operation in three camps, after five years from the end of the conflict.
Read Report
Courtesy Eye SriLanka
Share
Facebook
Twitter
WhatsApp
Pinterest
Email