Sri Lanka: Rapid collapse of the secular state and the rise of Asgiriya chapter 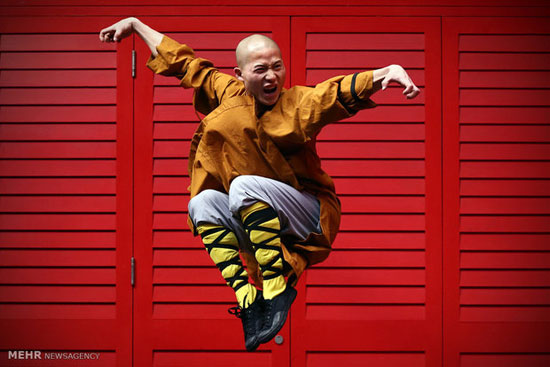 The events that unfolded this week shockingly foretells the story of the very rapid collapse of the secular state in Sri Lanka. Although, the events around which a new melodrama unfolded in Sri Lanka were some trivial events of several warrants issued against one Buddhist monk, in which the Sri Lankan state finally proved that it is unable to even execute a warrant issued by a Magistrate on the basis of allegations of crimes committed by the monk submitted by the police. This was followed by a public threat by the country’s Minister of Justice who happened also to be the Minister of Buddha Sasana – publicly stating that he will take steps to disbar an Attorney-at-Law over a statement the lawyer made regarding some attacks on Churches. Finally culminated in the highest Committee of the Asgiriya Chapter presided over by its Chief prelate ( the Mahanayake) – acting in a manner reminding of medieval European Catholic hierarchy, presiding over by the Pope – pronouncing on the rights and wrongs of accusations against the earlier mentioned Buddhist monk and naming some individuals and condemning them and threatening that if necessary, people will be mobilized against the Government to achieve their objectives.

The absurdities of the ecclesiastical authorities interfering into secular affairs is best illustrated in the Church’s condemnation of Galilio Galilei due to his science based observations on the movement of the earth around the sun, as against the Church’s view of an earth centered universe. The Church pronounced Galilio wrong and therefore, everyone was obligated to believe what the Church proclaimed and to pay blind obedience. It was that type of power relationship that the enlightenment was able to bring to an end – ushering a new period of freedom.

The essential component of the freedom was that on matters of thought it is reason that should prevail and not the authority of anyone including ecclesiastical authorities. The Pope declared himself infallible, but the secular world rejected that claim. The ultimate positive result of it all was that the Church finally was forced to accept the position that on secular matters, opinions and verdicts of the Church is of no consequence.

The achievements of the enlightenment was further enhanced by the democratic revolutions, which took place in Britain and France and which later spread across to the entire Europe and the United States. The development of a democratic state, based on the separation of power principle was a result of the long struggle of the enlightenment and the struggles for equality, liberty, and fraternity for which millions of people paid with their lives. These people thought that liberty is a great enough a cause which should be won at any cost.

One of the principles that emerged from the development of the idea of a secular democratic state was that law is the king. Neither the monarch nor the ecclesiastical authorities were above the law. The stability of the society was built on the foundation of rule of law and the idea of independence of the judiciary; the final arbiter on the matters of law should be the judicial authorities who are committed solely to decide on disputes on the basis of law and reason, which alone was one of the pillars of the modern democratic state.

It was these ideas of enlightenment that was introduced to Sri Lanka and the idea of a secular state was well entrenched in the first constitution under which Sri Lanka became an independent sovereign nation.

The idea of the rule of law and the independence of the judiciary were also accepted as pillars of the modern state in Sri Lanka.

This situation remained well entrenched till the 1978 Constitution in which many of the notions of the enlightenment were rejected in favour of a state structure which the late Dr Colvin R de Silva described as being based on the ideas of the Central African state leader Jean-Bédel Bokassa. The result was the collapse of the democratic state and the gradual descend of the country into anarchy.

The abysmal extent to which the democratic state has collapsed and the anarchy which the country has plunged into was manifest in the events which took place this week, which were described at the commencement of this statement.

Now, the highest Committee of the Asgiriya Chapter stands above the law. It could dictate its terms on the Courts and judicial proceedings. It could declare who should be arrested, and who should not be arrested. It could ex- cathedra declare some persons as wrong doers and condemn the state for not subduing those individuals.

This week marked a very dangerous week for the future of democracy, rule of law, the independence of the judiciary, and the very existence of the secular state in Sri Lanka. The Buddhist leaders who took part in this act claim that they are doing this motivated by patriotism. In fact, this is one of the most unpatriotic actions, which will have its impact both on the present generation and generations to come. This week Sri Lanka took a giant step towards a march into the dark ages.

We earnestly urge the highest Committee of the Asgiriya Chapter to seriously reflect on the move that they have made. We also urge all right-thinking people to reflect on the enormous danger which the country is walking into.