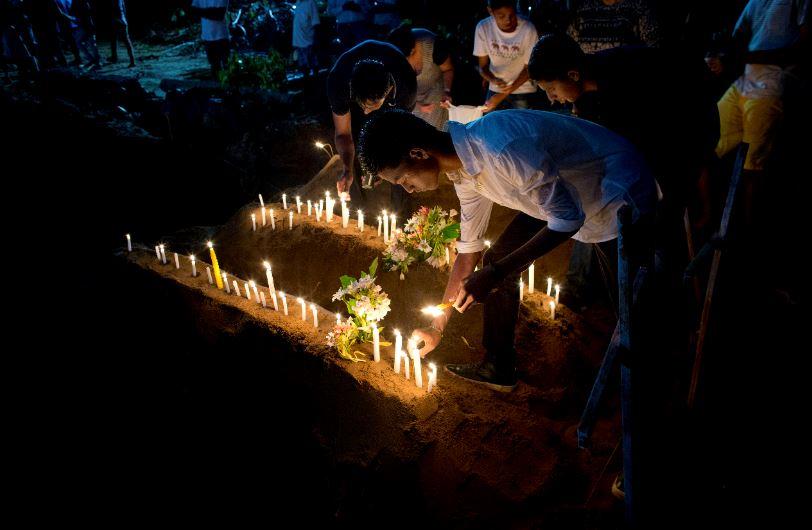 The attacks in Sri Lanka on April 21, 2019, Easter Sunday, are contemptible acts of violence for which those responsible should be brought to justice, Human Rights Watch said today. Nearly 300 people were killed and more than 500 injured in coordinated suicide bombing attacks on churches and hotels in three cities. Many of the injured remain in critical condition.

“Our hearts go out to all those harmed by these horrific attacks, which only adds to the suffering long endured by so many in Sri Lanka,” said Meenakshi Ganguly, South Asia director at Human Rights Watch. “Striking packed Easter services and hotels could only have been aimed to maximize killing and maiming people, including children.”

Sri Lankan authorities announced that they had arrested 24 people and said National Thowheeth Jama’ath, a little-known Islamist organization, was responsible for the attacks. It had previously been implicated in vandalizing Buddhist statues. No domestic or foreign group has claimed responsibility thus far.

The government reported that on the morning of April 21, seven suicide bombers entered three crowded churches and three luxury hotels in Colombo, the capital, and nearby Negombo, and the eastern city of Batticaloa. There were two other bombings, one in a guesthouse in Dehiwala and the other in a suspected militant safehouse in Dematagoda.

After the attacks, the government imposed a dawn-to-dusk curfew. It announced that a nationwide state of emergency would be in force from midnight on April 23, permitting security forces to be deployed in restive areas and to conduct searches and arrests without a warrant. Those arrested should be treated according to international due process standards, and not held under the Prevention of Terrorism Act, Human Rights Watch said. The Prevention of Terrorism Act permits the authorities to detain suspects for months, and often years, without charge or trial, facilitating torture and other abuse.

The government also blocked several social media platforms that were used in 2018 to spread false rumors that stoked communal violence. Sri Lankan authorities should ensure that any interference with the right to freedom of expression, including the freedom to seek, receive, and impart information and ideas, is for a legitimate reason and is proportionate, Human Rights Watch said.

The bombings were the worst violence since Sri Lanka’s three-decade long civil war ended in May 2009. Several hundred thousand people died during fighting and attacks on civilians by both sides. In recent years, there have been incidents of communal tension and violence targeting religious minorities, including attacks against Christian churches and against Muslims.

Sri Lanka is a majority Buddhist country, with Hindus making up 12 percent of the population, Muslims 10 percent, and Christians 7 percent.

The government has announced compensation and medical assistance for the victims, while overwhelming numbers of volunteers lined up to donate blood. As officials respond to this crisis, they should use their authority to ensure access to essential and long-term medical services for the victims, Human Rights Watch said.

“These horrific attacks make it vital for the Sri Lankan authorities to ensure victims get the help they need, act to prevent further violence, and bring those responsible to justice according to human right standards,” Ganguly said.