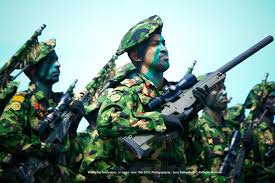 The Prisons Department has called for applications to recruit 200 male Prison Guards from those who have retired from the defence services after completing a minimum of 12 years of service.

Applications close on 5 February. They will be attached to the ‘Intelligence and Security Division’ of the Department, Prisons Commissioner General H.M.T.N. Upuldeniya, in a posting on the Prisons website on Friday said.

Currently 60 Prisons institutions located island-wide come under the purview of the Prisons Department. Four of those are institutions which are known as ‘closed prisons’ for convicted prisons comprising Welikada, Mahara, Bogambara and Angunukolapelessa, respectively.