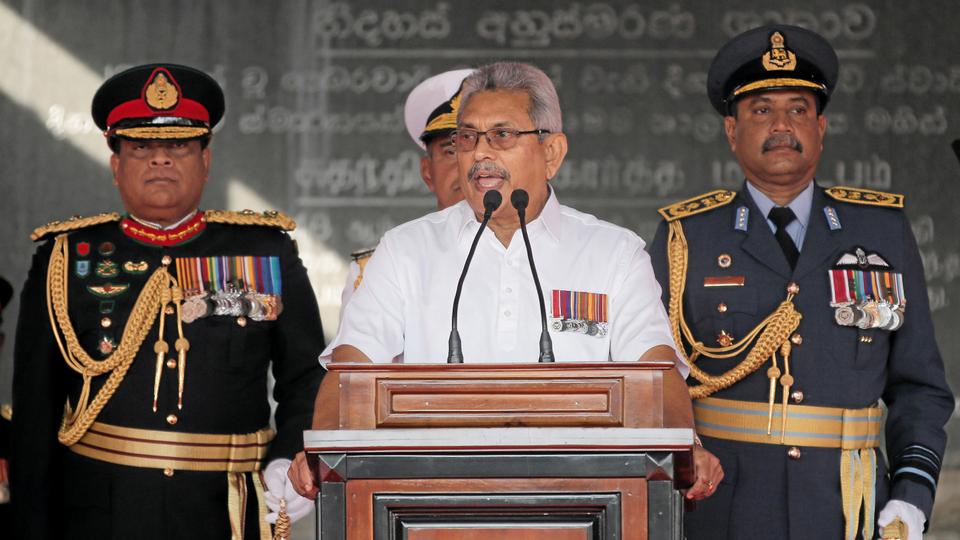 In a letter to the Lieutenant-General Shavendra Silva, Chief of Defence Staff and Commander of the Army and Chairman of the ‘National Operation Centre for Prevention of COVID-19 Outbreak’ (NOCPCO),  secretary to president P.B. Jayasundara has requested that “Export-oriented manufacturing enterprises be advised that the operation of their enterprises shall be carried out subject o the concerned management taking required measures to protect employees by following all health and safety procedures as had been decided.”

In practice, this letter is ordering the military to ensure export-oriented manufacturing enterprises do not stop work under the threat of the new coronavirus pandemic outbreak.

In retweeting a tweet by former  JVP M P Bimal Ratnayake questioning the correctness of this decision Dr. Asnaga Welikala says that ” At best, means nothing. At worst, militarisation has begun.”

A very oddly worded letter. At best, means nothing. At worst, militarisation has begun. And btw there’s no concept of “presidential decrees” in the Constitution, so best not use this term: the President can make Emergency Regulations but otherwise has no primary legislative power https://t.co/WqeEQYSrCy

In many countries, whole industries have been closed down in order to stop the expansion of the pandemic.

Earlier in the day Minster of Health had said that “The president is trying to minimise the spread without going for total lockdown. His chosen method is to rely on the army, and the army has decided to coordinate with the intelligence agencies that help public health officials track down close contacts of confirmed patients,” said Wanniarachchi.

The day before 20 leading trade unions in a joint letter urged the government to establish a civilian centre to coordinate the efforts to combat  New Coronavirus outbreak.

The letter sent by the presidential office follows: 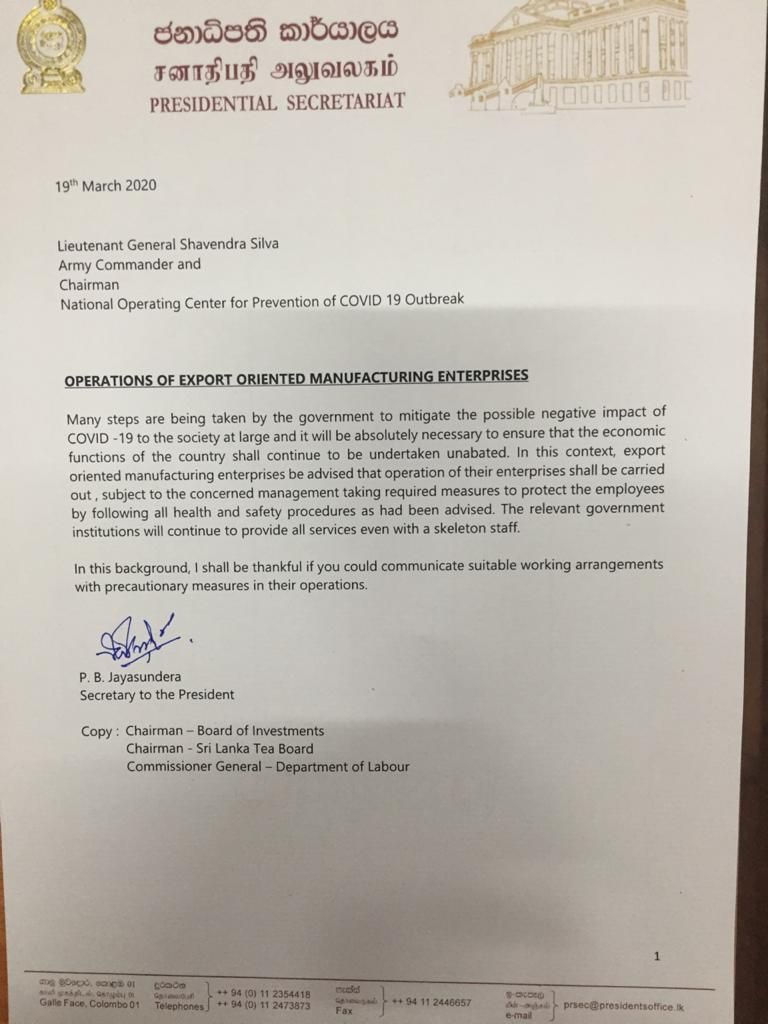