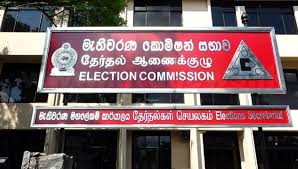 The Election Commission is one of the key institutions central to Sri Lanka’s democracy. Sri Lankans have stayed true to their power to exercise their franchise for over 70 years and for this reason the country is categorised as one of Asia’s oldest democracies.

Therefore efforts to discredit the Election Commission, especially for a task that it is not mandated to carry out under the law, is deeply problematic and the swift spread of misleading impressions runs the risk of robbing the entire Presidential Election of its credibility. Therefore any criticism directed at the Election Commission needs to be done from an informed and moderate viewpoint, keeping in mind the legal and practical restrictions placed upon it.

Even though the Elections Commission is a largely independent entity, it does not possess powers on par with those held by similar institutions in neighbouring countries such as India, where far more control over the behaviour of governments and contestants is given. Moreover, in 2015, when the 19th Amendment was passed, barring a dual citizen from contesting local elections, this change was not mirrored with an amendment to the Presidential Elections Act. This left a lacuna in the law as the Election Commission is bound to follow the Presidential Elections Act. The Government, which passed the 19th Amendment despite the lapse of four and a half years, failed to rectify this issue and it is now unfair to blame the Election Commission for this oversight.

The Election Commission has come under fire over the last few days for several reasons, principal among which is its supposed failure to verify the citizenship of Sri Lanka Podujana Peramuna (SLPP) presidential candidate Gotabaya Rajapaksa. Firstly, the Election Commission can only reject a nomination based on technical errors in the application. If there is an issue beyond that the matter needs to be taken up in court and the Election Commission will then follow the directive issued by the court. This is the system.

It has long been obvious that Rajapaksa harboured ambitions of becoming a presidential candidate. This was evident from as early as 2018 or even before. There was plenty of time for either the United National Party (UNP) or any other stakeholder to go before court and raise the issue of citizenship. Even when Rajapaksa was officially declared the presidential candidate by the SLPP in August, there was still time, or even after nominations. The opportunities have been plentiful and having done nothing in those instances it is now unfair to place the entire responsibility on the Election Commission.

It is also disingenuous to cast doubt and suspicion on the entire electoral process simply because of this one issue. The Election Commission, even with feuding members, is unlikely to have much impact on how people vote. Verification of documents is important and positive but that is not the core duty of the Election Commission.

In 2015, Election Commission Chairman Mahinda Deshapriya was a hero because he oversaw a hotly-contested Presidential Election. The system persevered then and the public must have faith that it will go the distance once again. Institutions cannot be lauded when only the candidate preferred by one segment of the public wins and derided by those same loyalists when the opposite may happen. Institutions should not be ruled by public preference. With just one day to go, the Election Commission needs to be supported to do its job in electing the next president of Sri Lanka.