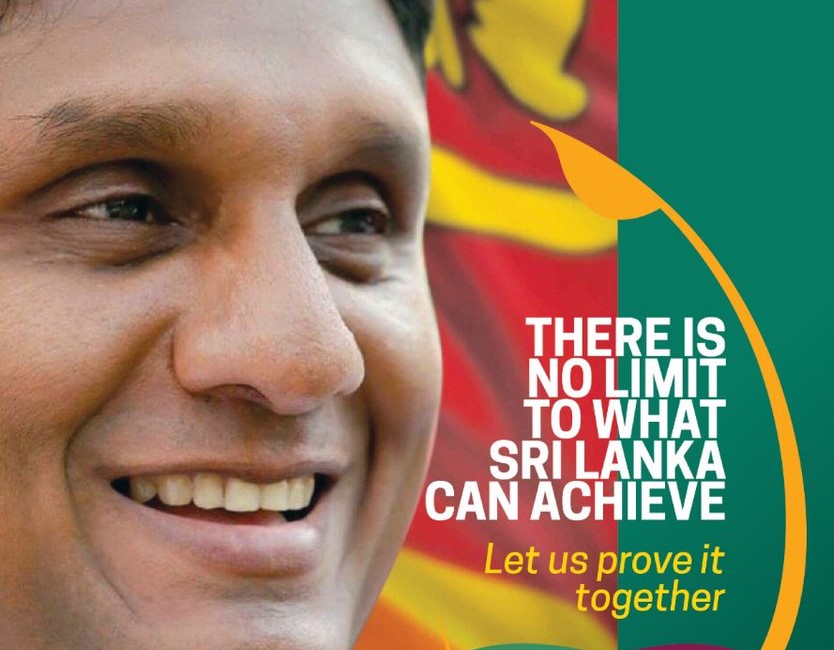 The election manifesto of Sajith Premadasa was released last week and it is interesting to analyse it with the same criteria that was used by me to evaluate the manifesto of Gotabaya Rajapaksa last week.

The most eye-catching aspect of the manifesto could be the concessions offered to small enterprises. The clearest of the measures were the VAT exemption for companies with revenue less than Rs. 4 million a month.

Development of SMEs would be a crucial contributor to the economic development of the country and the specific nature of the proposal makes it clear and implementable. Taiwan is a clear case study as to how a country could develop by promoting export-oriented SMEs.

The rest is too broad

Once again this manifesto also falls into the traditional manifestos we always see. It covers a very broad range of topics, yet fails to go into depth on any of the topics. There is little attempt made to prioritise. In fact, it is very difficult to figure out which areas would be given priority.

As I have pointed out in the previous articles, the critical need in the manifesto is to prioritise which sectors would get the most attention and then to quantify the financial and other resources needed for the implementation. Then a timeline for milestones to clearly show what will be achieved over the next five years could have been given. Such a roadmap gives confidence to the readers that it would actually be implemented.

Too many micro points

The range of topics covered includes drugs, corruption, national security, need for new constitution, independence of public service, protecting environment, human-elephant conflict, disaster management, easing traffic congestions, etc. At a glance it’s a mix of both macro and micro issues and one may have hoped the focus should have been on macro issues as this is a national level, broad policy indicator.

At the same time a more in-depth action plan on macro issues is warranted. For instance, although it is mentioned that export oriented SMEs would be developed, how international markets would be penetrated is not spelt out.

As I have tried to point out in my book ‘A simple plan for Sri Lanka’, there are global trends in the coming three-five years that could be exploited by Sri Lanka to penetrate international markets. The keen interest of China and USA on Sri Lanka could be utilised to acquire technology and access markets, if we set out a prudent foreign policy. This unfortunately seems to have been overlooked by almost all parties.

Thinking international markets would be penetrated just by developing the human resource would be extremely challenging in the current competitive global environment. In the same way entering into FTAs with other developing countries such as India may only worsen the trade deficit as we have witnessed since 1977. Instead what we need are bilateral trade deals with more developed countries with a clear agreement to import a certain amount of goods/services from Sri Lanka.

Is it a better manifesto?

Actually I would find it hard to say that one of the manifestos is significantly better than the other. Both have some good points but have many common shortcomings.

Therefore the crucial factor could be who is better at implementation. Who could be better at achieving what is given in the manifesto?

Who would be better at implementing?

At the end of the Premadasa manifesto, there is a section about implementation. It refers to more proposals and processes in that regard. However, as mentioned above, the successful implementation of a plan lies in the plan itself. The plan should be simple, the list of tasks prioritised, allocation of resources both financial and otherwise clearly articulated, the source of funding identified, the timeline of milestones known, etc. Such a clear plan would naturally get implemented while a strong leadership and a capable implementation team is also required.

The track record of the two sides from 2005-2014 and from 2015-2019 fairly clearly indicates as to which side could boast of better implementation. The side that was markedly weaker in terms of implementation could say that their team is different this time, which is actually true and one could give them the benefit of the doubt as they may have not got the opportunity in the past.

But then again, it is also true that the manifesto is not crafted in a way to inculcate confidence in the readers.

Hoping for a better manifesto at Parliamentary Election

Coming up with a rational manifesto requires an in-depth evaluation of Sri Lanka’s current status. The objective of a deeper understanding of the problem is to make the solution or the action plan simpler, which makes it implementable. Prioritisation of all issues is a must, so that what would be tackled first and with the greatest amount of resources is clearly identified.

After all, there’s a limit to what could be achieved in five years. Trying to achieve more, results in achieving almost nothing, as we have experienced over and over again in the past. I hope better manifestos would be presented at the pending Parliamentary Election.

(The writer could be contacted on [email protected])