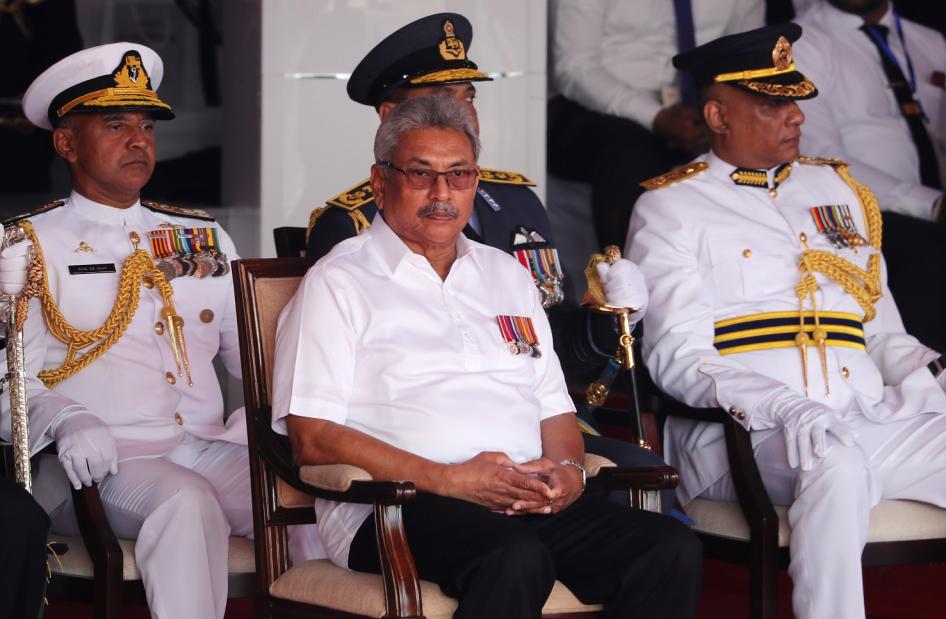 President Gotabaya Rajapaksa delivers a policy speech in the Colombo parliament on 20 August 2020.

Sri Lanka’s parliament has approved constitutional changes that give more power to the president, Gotabaya Rajapaksa, leading to fears the authoritarian leader will strengthen his hold on the country.

The constitutional amendment, which was passed with a large majority, gives Rajapaksa the power to hold ministries, sack ministers and have authority over formerly independent commissions that oversee elections, police, human rights and anti-corruption efforts.

It also allows the president to dissolve parliament halfway through a five-year term.

Since he was elected in November 2019, Rajapaksa has overseen a crackdown on opposition and dissent, as well as a consolidation of authority within his own family. After he dissolved parliament in March, Sri Lanka was without a parliament for five months.

After his party – the Sri Lanka Podujana party (SLPP) – won a two-thirds parliamentary majority in August, he appointed his brother Mahinda Rajapaksa, a former president, as prime minister. Another brother and three of his nephews also hold seats in parliament.

The SLPP’s control over parliament paved the way for Rajapaksa to introduce the constitutional amendment, which he said would remove the shackles from his ability to rule. The original constitutional changes Rajpakaa had sought would have given him even greater powers, but these were watered down after the supreme court ruled they undermined the sovereignty of the people.

Rajapaksa, a former army general, was defence secretary when his brother was president. In 2009 he oversaw the defeat of the Tamil Tigers. During this bloody finale to the civil war, extrajudicial killings and disappearances were widespread. It has been estimated that about 40,000 Tamils were killed.

Independent investigations found credible evidence that war crimes had been committed under the Rajapaksas. The previous government had begun steps towards accountability and war crimes tribunals but this halted after Rajapaksa was elected.

This year Rakapaksa withdrew Sri Lanka from a UN resolution to investigate alleged war crimes and pardoned a soldier who was sentenced to death for killing eight civilians during the civil war.

Human rights organisations allege that Rakapaksa has also overseen a similar campaign of harassment and oppression of activists, political opponents and journalists that characterised the presidency of his brother over a decade ago, as well as strengthening the power of the military. At the start of the coronavirus pandemic, the police announced that anyone criticising the government would be arrested.

“President Rajapaksa is rapidly turning the clock back to the repression that prevailed during the previous Rajapaksa administration,” said Meenakshi Ganguly, Human Rights Watch’s south Asia director, in a statement in August. “The Sri Lankan government needs to hear that other countries are watching and will respond to renewed abuses.”