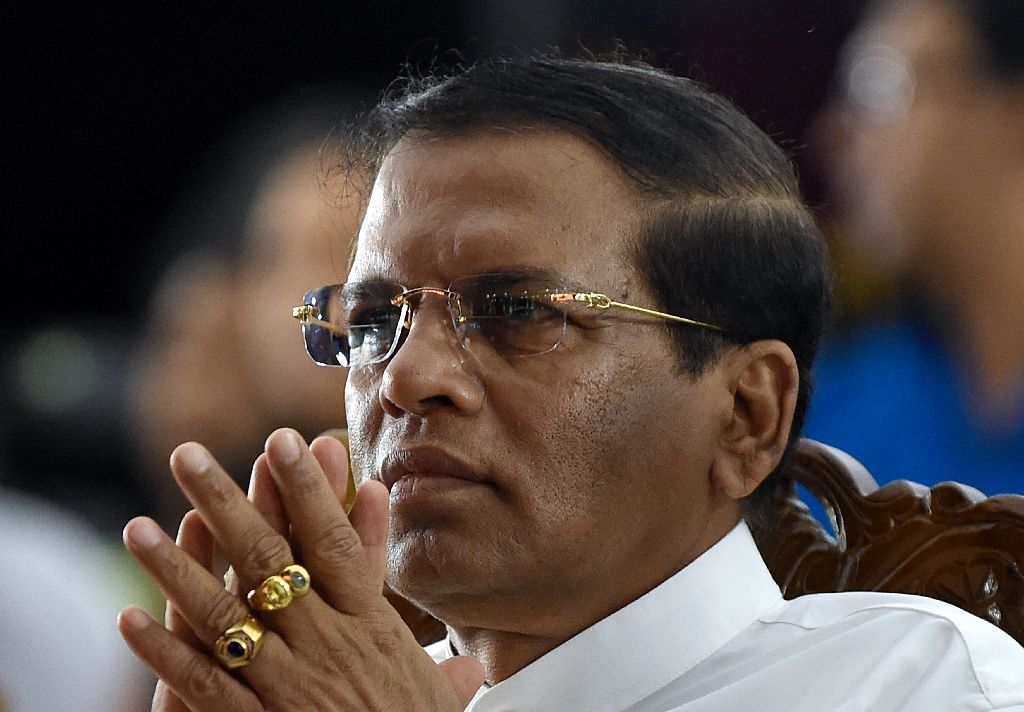 Sri Lanka’s President Wednesday signalled that his honeymoon with Prime Minister Ranil Wickremesinghe’s administration was wearing thin and he would not hesitate to take “stern action.”

In his most hard-hitting remarks since coming to power, Sirisena lambasted the three main anti-graft organisations, including the independent bribery commission, for what he called politically motivated prosecutions.

In a more troubling development, he also warned secretaries of independent commissions that it was he who had appointed him and they should know their “limits” and must keep him informed about high profile cases.

He said he had been silent for too long, but has now decided to speak out and take “stern action.” He singled out last month’s prosecution of three ex-navy admirals and former defence secretary Gotabhaya Rajapaksa as being uncalled for.

He said military commanders who led a successful campaign to crush separatist Tamil Tiger rebels in May 2009 should not be humiliated by bringing them to courts.

The three former naval chiefs and Gotabhaya Rajapaksa were accused of causing a loss of 11.4 billion rupees to the state through a private arms deal involving Avant Garde security company. They face money laundering charges too.

The Central Bank bond scam was one of the main allegations against Wickremesinghe’s government. It now faces allegations of corruption in paying some $115 million to cancell Airbus planes ordered by the previous regime.

Sirisena’s outburst is seen a signal that he was keen to build his own base and face the next election without the backing of Wickremesinghe’s United national Party which ensured his victory at the January 2015 vote.

Wickremesinghe had last year said he wanted the unity government to run its full term till 2020, but Wednesday’s outburst raised questions about the stability of Wickremesinghe’s administration.

While Sirisena has no power to dissolve parliament or sack the prime minister, he can ensure defections within parliament to form a new government, if necessary by dropping Wickremesinghe and his loyalists.

“What we are seeing is the differences between the president and the government coming out into the open,” said anti-0graft activist Keerthi Tennakoon. “We are heading for a political crisis.”

Another good governance activist, Kusal Perera, said the President appeared to have changed tact and was trying to build his own political base by appealing to Sinhala nationalists.

“By saying that former military commanders and war heroes should not be prosecuted, the President wants to champion the cause of Sinhala nationalists,” said Perera who had helped Sirisena at the 2015 election. (COLOMBO, Oct 12, 2016)