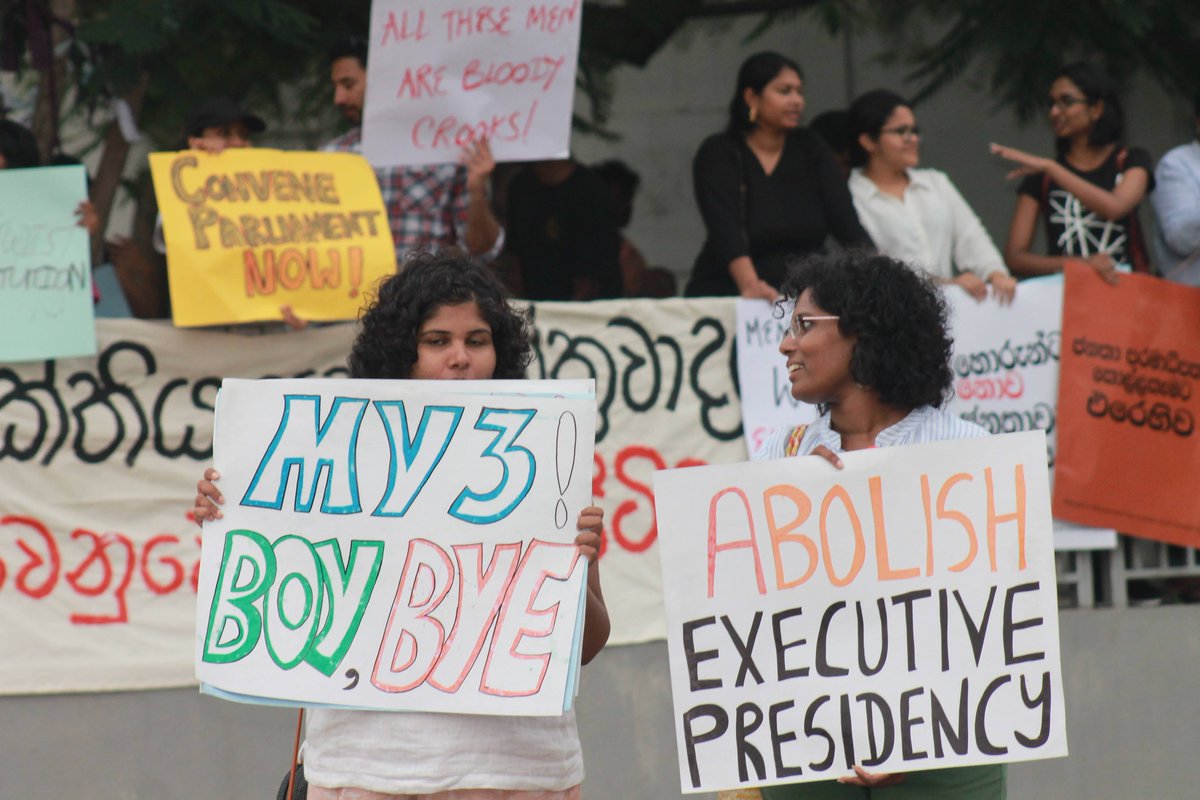 ECONOMYNEXT – President Maithripala Sirisena appeared to have softened his hardline position and was seeking a face-saving exit from the political crisis of his making, according to legislators who had closed-door talks with him.

The president was acutely aware of the consequences should the Supreme Court this week hold that his November 9 sacking of parliament was illegal, a Tamil legislator at talks on Friday evening said.

The Tamil National Alliance leader R. Sampanthan assured Sirisena that the minority party, which commands 14 crucial seats and holds the balance of power in parliament will not support an impeachment.

However, an adverse ruling from the highest court could be the basis to institute criminal proceedings against both Sirisena and the entire bureaucracy, legislators had indicated to the President.

The immunity of the president from prosecution applies only while he is in office and as set out by a Supreme Court ruling in 1999 (SC 509/98), anyone carrying out his illegal orders can be criminally prosecuted along with him.

“These matters were explained to the President during the talks and he was also shown a way out to act immediately before the Supreme Court pronouncement which could happen on the 7th or thereabouts,” an MP at the talks said.

SLFP’s S. B. Dissanayake has publicly asked Sirisena to withdraw his controversial gazette notification that is now challenged before the Supreme Court. However, there was a doubt if the president could rescind the parliament dissolution gazette.

Should the Supreme Court hold against the November 9 shock sacking of the parliament, exactly two weeks after Mahinda Rajapaksa was named to replace deposed prime minister Ranil Wickremesinghe, Sirisena and his officials could become liable for a criminal prosecution.

Paragraph 115 of the Penal Code deals with conspiracy against the sovereignty of the people and is punishable with a 20 year jail term.

“Whoever conspires to commit any of the offences (against the state), or to deprive the people of the Republic of Sri Lanka of their sovereignty in Sri Lanka or any part thereof, or conspires to overawe, by means of criminal force or the show of criminal force, any of the organs of Government, shall be punished with imprisonment of either description which may extend to twenty years, and shall also be liable to fine,” according to the Penal Code.

Meanwhile, the TNA delegation spoke with Sirisena in Tamil. Veteran parliament interpreter M. K. Rahulan translated for the president. With TNA’s M. A. Sumanthiran also fluent in Sinhala they made sure that nothing was lost in translation, the MP said.

He said the talks started nearly two hours behind schedule, but they went off well with Sirisena dropping his insistence that he will never reinstate Ranil Wickremesinghe as prime minister even if his United National Party (UNP) and their allies commanded a majority.

“Earlier, he told us that he will never make Ranil the PM, but today his position was that it would be difficult for him to work with Ranil,” the lawmaker said adding that they noted a marked climb down by Sirisena.

Sirisena acknowledge that his prime minister candidate Mahinda Rajapaksa did not command a majority in the House. He has already lost two no-confidence motions as well as his statement to parliament on November 15 was also rejected.

In addition, the UNP and like-minded parties have also passed two resolutions cutting off funding for the Prime Minister’s office and members of the disputed cabinet.

Sirisena has called for a fifth vote, this time in the form of another NCM to be decided by name on December 5 when parliament meets next.

“Such a resolution is already in the order book and can be taken up for a vote on Wednesday without suspending the Standing Orders,” the MP said.

However, the UNP legislators who met Sirisena after the TNA said their talks ended in a deadlock, but agreed to meet again on Sunday.

The UNP did not see any fresh ideas from the president to resolve the crisis and suspected if he was trying to buy time hoping that a delay will allow Rajapaksa more time to engineer defections.

However, five votes in parliament, two of them through the electronic voting system, has made it clear that those opposed the purported government were in the majority.

Sirisena had initially prorogued parliament for 20 days saying he wanted to give Rajapaksa to prepare a full appropriation bill for 2019. Instead, the country is now looking down an economic precipice with no sign of a budget.

During the talks with the TNA, the president promised he will hold a meeting with the Attorney General on December 3 to discuss the issue of releasing Tamil detainees numbering over 100 who are languishing in jail for long periods without any charges brought against them.

He also pledged to support a draft constitution that envisages a greater degree of autonomy for the minority Tamil community, but legislators said they did not pin much hopes on that given Sirisena’s track record. (COLOMBO, December 1, 2018)