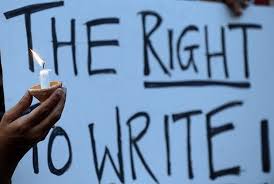 Head of the Sri Lanka Telecommunication Regulatory Body has ordered an indefinite ban over mobile messaging  communications from 6 AM today i.e.,  9th July 2022.

Sri Lanka president Gotabhaya Rajapaksa  as the minister of defence and minister of technology has ordered to allow only voice communications in the city of Colombo.

This draconian measure has been ordered to weaken the massive peaceful protest calling for President Rajapaksa to resign.

Meanwhile Citizens Fact Check says that “it  can confirm that this letter was sent to the telecommunications companies by the Sri Lanka Telecommunications Regulatory Commission. However, we still do not have enough evidence to state what is the reason for Jayantha de Silva, Chairman of the TRC, to announce that the Internet will not be blocked tomorrow after the letter was leaked to public.” 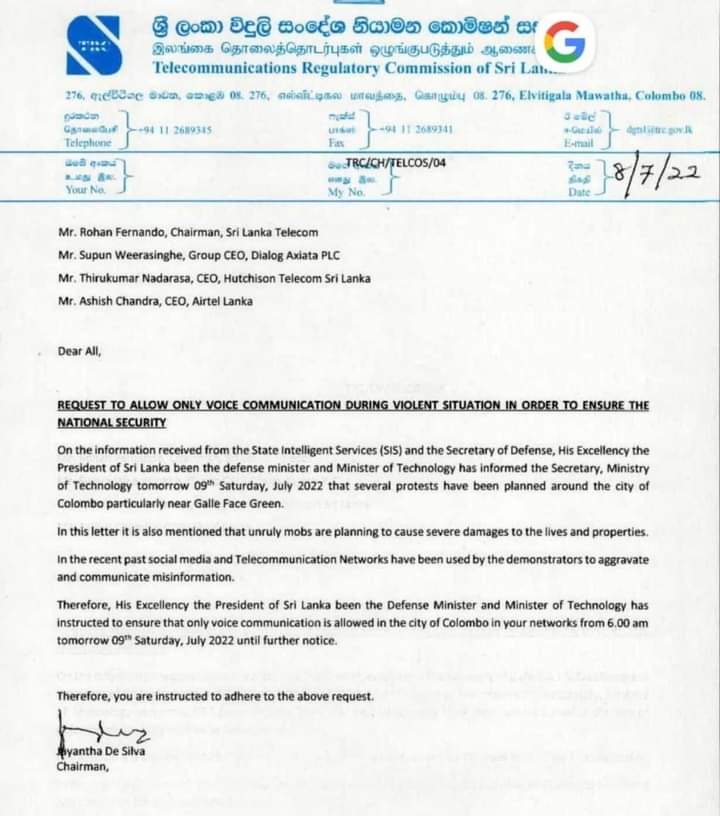