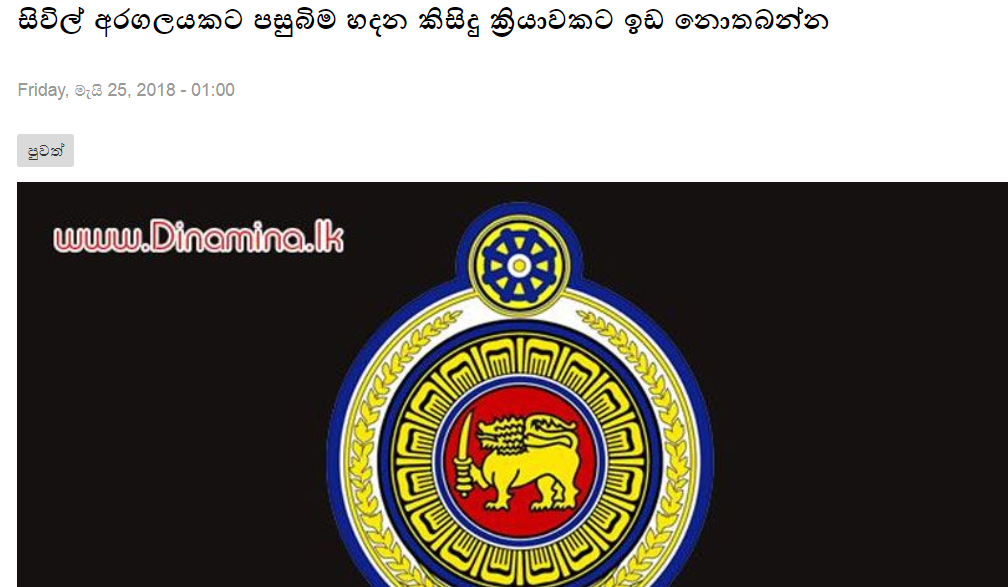 Image: It was state controlled Sinhala daily that carried the news.

President Maithripala Sirisena yesterday directed Inspector General of Police Pujitha Jayasundara to conduct an investigation to find out as to who was behind the story published in two Sinhala newspapers today which said that the government was concerned about a threat to national security.

The two news items published in those newspapers on Friday purportedly based on a discussion at the National Security Council and the President’s Media Unit said that the Security Council did not discuss any issue pertaining to any threat to national security or to the lives of the general public.

The President’s Media Unit further said the news item was false and it had been fabricated by some individual or some organization. The President had instructed the IGP to investigate the matter, it said.
DM