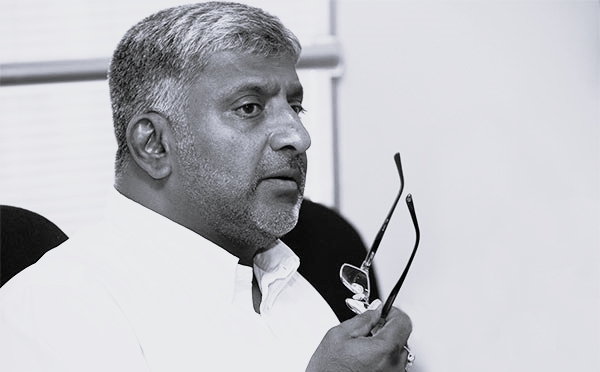 Minister Prasanna Ranatunga had misused the powers and privileges of his chief ministerial office in the case filed against him over threatening a businessman, Colombo High Court Judge Manjula Thilakaratne has noted in his judgement on the case.

The Attorney General had filed indictments on 15 counts against Prasanna Ranatunga, his wife Maureen Ranatunga and Naresh Kumar Fareek over threatening a businessman – Christian Gerad Mendis and demanding Rs 64 million from him through several cheques. The offence had been committed when Mr Ranatunga was Chief Minister of the Western Province.

Mr Ranatunga was found guilty on the count of obtaining promissory notes, while the other two accused were acquitted. The judge imposed a sentence of two years Rigorous Imprisonment suspended for five years on Mr Ranatunga over the charge. He was also fined Rs 20 million and ordered to pay Rs 1 million as compensation to the complainant.

Prasanna Ranatunga misused CM powers and privileges to extort Rs. 64mn: Judge
The 52-page judgement notes that the first accused, Mr Ranatunga, compelled the complainant to provide promissory notes to him. There was no evidence that there was agreement between the first accused and the other two accused on this matter.

The complainant had met the accused regarding a land he owned in Meethotamulla and sought his assistance to remove squatters who were living along the road leading up to his land. The accused had agreed and had taken steps to evict the squatters by providing them with alternate lands.

The land had been developed and sold for Rs 204.8 million, with Rs 64 million in cheques issued by the the company belonging to the complainant.

There had been agreement between Mr Ranatunga and Mr Mendis to share profits from the sale of the land after deducting the money spent. However, Prasanna Ranatunga had threatened the complainant in foul language and demanded money after he couldn’t change some of the cheques issued by Mr Mendis.

The Defence had been unable to challenge the complainant’s evidence while documentary evidence had also supported this, the judge had noted.

The court found no evidence to substantiate the claim made by the Defence that Mr Ranatunga’s wife had spent Rs 5 million to develop the land.

The Court had also observed that it is only fair for a person to be frightened when someone abuses their powers and privileges to threaten them. The complainant had signed promissory notes due to threats from the accused. The accused had threatened the complainant over the phone and by physically visiting the complainant’s office.

Anil de Silva PC, who appeared for Mr Ranatunga, told court that his client did not have prior convictions against his name and that his house had been burned down during the recent disturbances, causing him severe hardship. As his client is also a minister in a Government formed under much difficulty, people’s trust in this Government, too, could be lost if he received a harsh sentence, de Silva PC claimed.

Raising objections, Deputy Solicitor General (DSG) Dileepa Peiris pointed out that the accused had abused his official position to commit a crime and had intervened in a transaction committed by an outsider using state powers with the motive of profiting from it.

He also pointed out that indictments had already been served on the accused at the time of his appointment as a minister. As such, the DSG asked court to impose the maximum punishment on the accused, given he had abused his position.