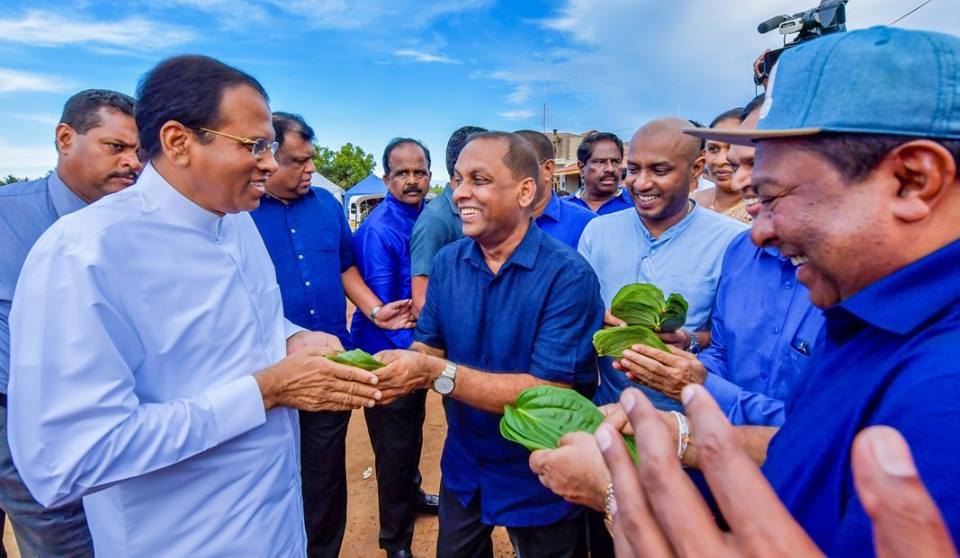 For a student of political institutions in Sri Lanka, things happening within political parties are great material for reflection and analysis.

It appears that our political parties today are not what used to be a few decades ago. The presidential system, the system of proportional representation, changes in value framework in society, shifting class bases of political power, and persistence of coalition politics seem to have contributed to what one may call reshaping of the nature, dynamics, and cultures of political parties as institutions of democracy.

The question of party discipline /indiscipline provides a window to an understanding of some of the changing dynamics of Sri Lanka’s political party system at present.

When we look at what we might call internal crises of both, the UNP and SLFP during the past two-to-three years, it is difficult to resist the conclusion that these two parties are no longer governed by the old cultures of ‘inner party discipline’ and ‘party loyalty.’ Indiscipline and weak loyalty with impunity seem to be a culture of party governance tolerated with indifference within both the UNP and SLFP.

Let us briefly look at what has been happening to the SLFP since November 2014. The General Secretary of the party staged a dramatic defection to the Opposition one night in November 2014 to become the Opposition’s presidential candidate against his own party leader. His party membership was suspended, but with little or no effect on his position within the party. Two months later he became the party’s leader by virtue of the fact that he was elected as the country’s President. This is an extremely interesting instance of how a grave violation of party indiscipline and disloyalty has been rewarded in thrilling form under unusually unusual political circumstances!

Then, in January 2015, President Sirisena, as the SLFP’s new leader, brought his party to be a co-partner of the coalition government with the UNP, signing a formal agreement for a unity government. More than half of the SLFP MPs in Parliament defied the party leader’s decision, organized themselves informally into a ‘joint opposition’ in Parliament, and began at act as the de facto parliamentary opposition to the government headed by its own party leader. Former President Mahinda Rajapaksa continues to give leadership to this joint opposition, with no disciplinary consequences either for him or nearly 50 of his MPs. When one looks at the whole issue from the conventional perspective of party discipline, this is a situation that warrants to be called bizarre.

Then came the local government election held last February. Hundreds of members of the SLFP contested under a new, rival party called Sri Lanka Podujana Peramnuna (SLPP), and many of them even won. No one seems interested in even finding out whether such open defiance of party discipline should bring to these errant members any disciplinary consequences. The topic of party discipline is totally absent in the otherwise intense debates among different factions of the SLFP.

The current episode of 16 SLFP Ministers who are reported to be joining the Joint Opposition in the coming few days is another addition to this new trend in redefining party loyalty as a domain of extreme uncertainty. It is not very clear which side of the aisle they actually belonged to. They seem to find oscillation between the Government and the Opposition an enjoyable game in a situation where the line of demarcation between the Government and Opposition in Parliament is also blurred.

The story of the break down of party discipline in the UNP is only slightly better. None of its disgruntled MPs or leading members has so far, since 2015, formed a rival party, or defected to the enemy camp. Yet, several MPs and Ministers continue to show scant respect for the party leader as well as the idea of party discipline with impunity.

There has been an open revolt against the party leader for months, with several Ministers, Deputy/State Ministers and MPs openly criticising, nay attacking, sometimes virulently, their party leader who is also their Prime Minister. And some of them have even been rewarded at last week’s reshuffle of the Ministerial portfolios, giving a lie to the old practice of a reshuffle as a mechanism to punish those who violate party discipline.

Meanwhile, one young MP the other day even posed an open challenge to the party hierarchy suggesting that she and several junior MPs had decided to boycott events attended by the leader as a mark of protest against his refusal to initiate substantial leadership reforms.

Thus, in both the UNP and the SLFP, two unusual things have been happening. Party discipline has severely broken down, and the party leaders are unable to maintain the traditional disciplinary norms of party organisation. This stands in sharp contrast to the Sri Lankan tradition of strict party discipline maintained even during the recent past by leaders such as J. R. Jayewardene, Sirimavo Bandaranaike, R. Premadasa and Mahinda Rajapaksa.

What is most interesting is that even a leader like Mahinda Rajapaksa who controlled the SLFP under an iron fist could not prevent a debilitating defection three years ago, suggesting a general trend within both the SLFP and the UNP.

That trend is the simmering discontent at all levels of the party which the party leadership cannot address or contain by conventional means of securing loyalty to the party and the leader through internal party mechanisms. The UNP leadership is now facing this particular problem.

Does it mean that modern day party members have acquired a certain degree of autonomy from the party organization, even acquiring the capacity to function free of a regime of strict party discipline? Yes, that seems to be the case, particularly, with regard to those who have access to elected office.

This invites us to look somewhat academically, at the recent changes in Sri Lanka’s political party system. The research conducted by Dr. Pradeep Peiris of Colombo University, a few years ago as part of his doctoral work, provides important clues to some significant shifts in the nature and dynamics of Sri Lanka’s political parties. Among his findings are the following:

(a) Major political parties in Sri Lanka no longer function on the foundation of well-structured national organisational networks on the ground that are controlled and managed by the party hierarchy, as it was the case in the past.

(b) Party organisations built locally are the most important organisational entities of the parties. This gives a greater leverage to local level party organisers, who will eventually become Provincial Councillors, MPs and Ministers, in party politics than in the previous system where the national level structures had held sway.

(c) Thus, the rise of the local party networks, built on the personality, resources and the ideological flexibility of the local organisers, over national organisational structures is the most significant new development in the organisational cultures of both, the UNP and the SLFP. This may be observed in other parties too, to greater or lesser degrees.

(d) What exists at the local level as ‘party organisations’ are primarily informal and flexible networks of electoral support and patronage. These are usually established by individual MPs and office seekers through personal links with the electorate, on the basis of family, caste, patronage and other ‘non-party’ as well as ‘non-political’ ties.

(e) The party affiliation thus provides only a tenuous basis for party loyalty. Thus, extra-party loyalties built around individuals work side by side with party and ideological loyalties, often threatening the latter.

These findings indicate that there have been crucial shifts in the relationship between individual politicians – Provincial Councillors, MPs, and Ministers – and their political parties: Parties have less control over them now than in the past. If we study individual cases of politicians whose record of party loyalty and discipline is marked by abiding uncertainty, vacillation and even what may be called ‘unprincipled opportunism’, we can see how the new logic of party indiscipline and disloyalty has been working as a distinct pattern in party politics in most of our political parties, big or small. Party loyalty then is a renewable virtue that is interspersed with ruptures, betrayal, and renewal. This relative autonomy of party functionaries vis a vis party bosses has also been made possible by two other structural factors, (a) the prevailing electoral system of proportional representation, and (b) the persistence of multi-party coalition governments. These two factors have made loyalty to the party fragile and party affiliation unstable, as repeatedly demonstrated during the People’ Alliance government of 1994-2001, the UNP government of 2001-2003 and the two UPFA governments during 2004 and 2014.

The Supreme Court interpretation of the constitutional provisions governing the consequences of crossovers under the PR system during the PA government of President Chandrika Kumaratunga inaugurated a new pattern of party disloyalty with no consequences. It actually allowed penalty-free cross overs from the opposition to the ruling party and back. A few beneficiaries of that Supreme Court ruling are holding top positions in the current coalition government.

Today, party bosses are reluctant to take disciplinary action against errant MPs and Ministers thanks to that particular binding interpretation of the PR law. It has in fact pushed the practice of disciplinary action in political parties into a zone of uncertainty, making institutional cohesion of Sri Lanka’s political parties uncertain and fragile.

Meanwhile, the recurrence of coalition governments under the Presidential system has added another fascinating element to the fragility of political institutions. Its most visible expression is the erosion of the theory and practice of collective responsibility of the Cabinet.

This is a process that began during the mid-1990s when a fragile coalition of several parties, — the People’s Alliance – survived as a government with a very slim parliamentary majority. That is also the period in which the breakdown of party discipline and the disregard for the principle of collective responsibility of the Cabinet worked together to germinate some significant new trends in Sri Lanka’s political institutions. What we observe at present is the fruition and maturity of those trends.