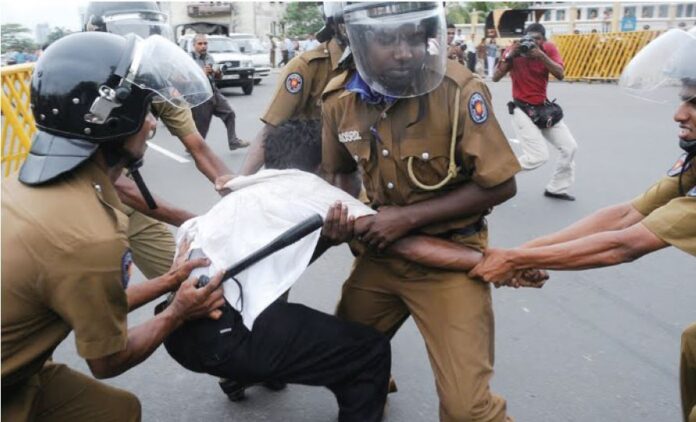 The power to issue detention orders for suspects arrested on terrorism-related activities should be given to a Deputy Inspector of Police instead of a court of law, Police spokesman, DIG Ajith Rohana, has told the PCoI probing the Easter Sunday attacks on last Saturday.

He wanted new law governing the activities of intelligence agencies.

he has further said that the suspects arrested for terrorism, related offences should be questioned at least for six months by the police.

DIG Ajith Rohana was on the committee that provided inputs for the Counter-Terrorism Act (CTA) proposed by the yahapalana administration.

He was asked to explain the most important aspects to be considered were when extending detention orders for terror suspects.

“Usually, we go before a Magistrate to get detention orders or to get an extension. My personal opinion is that a DIG must be given the power to extend detention orders. There is no problem with establishing a supervisory body to monitor this. A Magistrate who operates in an area where terrorism or religious extremism is rife is somewhat unsafe. Pressure can be exerted on the Magistrate. But since the investigators are trained, armed, and are in camps they have no such worries. The Magistrate or the Human Rights Commission can see the suspects once a month.”

He has further said that “I don’t think such a person should be granted bail before a year has elapsed. If bail is granted before a year, the AG’s advice must be sought. If a suspect is to be given bail after a year, a high court should do that. I am making these suggestions based on the complexity of terrorism these days.”

If these suggestions are implemented Sri Lanka could become a police state, a human rights activist told Sri Lanka brief. According to a number of social research reports, Sri Lanka police is the number one corrupt institution in the country. Expressing his concerns he further said that as the main investigation method of Sri Lanka police is torture,  if these powers are given to police there will be no justice for suspects.

from the inputs from The island: Police Spokesman tells PCoI detention of terror suspects should be decided by a DIG instead of court – The Island.