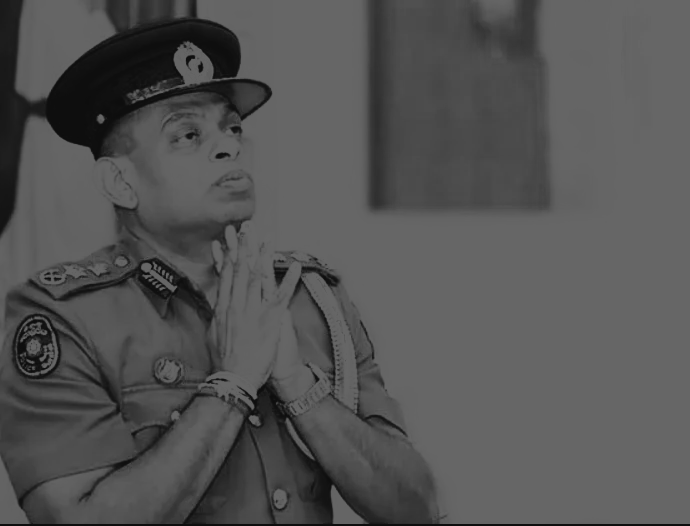 The Director of the Special Investigation Unit of the Police Department SSP Wickramasinghe today informed court that he was threatened by Senior DIG Deshbandu Tennakoon for reporting facts to the court regarding the investigations into the money recovered by protesters inside the President’s House on 9th July.

Filing a report before Colombo Fort Magistrate Thilina Gamage, SSP Wickremasinghe informed that he was threatened by Senior DIG Tennakoon for reporting the facts to the court over an allegation that Senior DIG Tennakoon made an undue  influence to hand over the money found inside the President’s House to a Minister, without keeping under court custody.

SSP Wickramasinghe said that he was threatened with phone calls citing ‘I will take care of you in the future’ and the incident was brought to attention of the Inspector General of Police as well.

Wickramasinghe further informed the court that he has put notes regarding these threats and said he is expecting to file a complaint with the Sri Lanka Human Rights Commission in this regard.

Colombo Fort Magistrate Thilina Gamage observed that court would make an appropriate order after receiving an analytical report pertaining to the telephone conversation details regarding alleged threats made by Deshbandu Tennakoon.

This information was revealed when a case filed against Convener of Inter-University Students’ Federation (IUSF) Wasantha Mudalige, Fr. Jeewantha Peiris and 71 others for forcibly entering the President’s House on the 9th of July was taken for inquiry before Colombo Fort Magistrate’s Court.

The SIU Investigations had revealed Western Province Senior DIG Deshabandu Tennakoon had informed the Fort Police OIC through a phone call to hand over the sum of Rs. 17.85 Million recovered from President’s House to the Minister of Public Security.
The Court had earlier issued an order directing the IGP to conduct a comprehensive investigation regarding the failure on the part of Fort Police to keep recovered money under judicial custody.

However, on July 27, the Fort Police handed over the recovered money to the court custody following a court order.