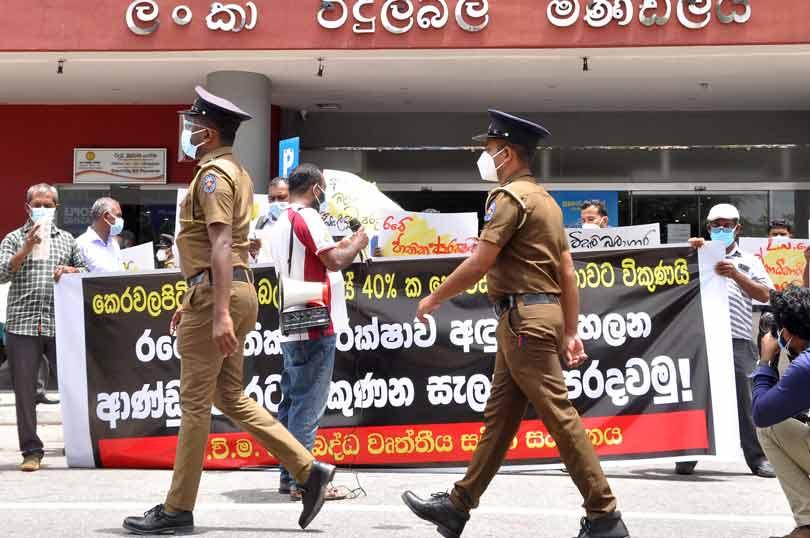 The ongoing dispute between teacher trade unions and the Government over salary anomalies has taken a fresh turn after police started collecting personal details of teachers who organised recent protests.

Police stations had called Divisional Secretaries to provide information of the date of the protest, location, name and addresses of the organisers and the number of people who attended the protest. Police also had sought details of deaths of principals and teachers in the area after the protests took place.

A circular to the effect had been sent by the Criminal Investigations Department (CID) saying such information was required for an ongoing investigations.

Police Spokesman SSP Nihal Thalduwa said the information was being sought to verify whether there were any deaths that occurred due to COVID-19 after teachers took part in the recent protests in different parts of the country.

But teacher unions said the move was aimed at intimidating teachers.

Ceylon Teachers Union (CTU) General Secretary Joseph Stalin told the Sunday Times that Minister Rohitha Abeygunwardena had claimed that as many as 25 teachers who took part in the demonstrations had died due to COVID19 and more than 400 were infected with the virus.

He said the objective of the Government had been to blame the teacher unions for the spread of the virus, besides hunting down trade union leaders and other teachers who organised the protests.

“We are planning to write to the health authorities to obtain a clarification about the statement made by Minister Abeygunawardena,” he said.

However, the Police Spokesman said permission from the respective ministry was not required to obtain information for an investigation.