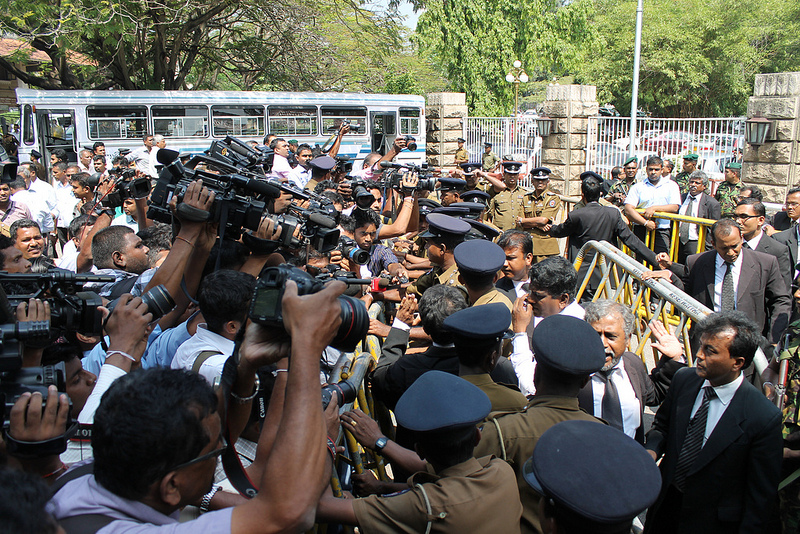 Former Presidential adviser Mr. Mohan Peiris has been  appointed as the new Chief Justice by the vary same President today after politically motivated controversial impeachment against the present Chief Justice. The Supreme Court complex was ringed by hundreds of police and military personal to prevent any action by pro democracy groups. At he same time  present Chief Justice Dr. Shirani Bandaranayake has been almost kept in house arrest by 200 odd police force who surrounded  her official residence. Police prohibited media to enter her residence on the ground that she does not have right to use the premises. She was prevented holding a press conference by the political police.