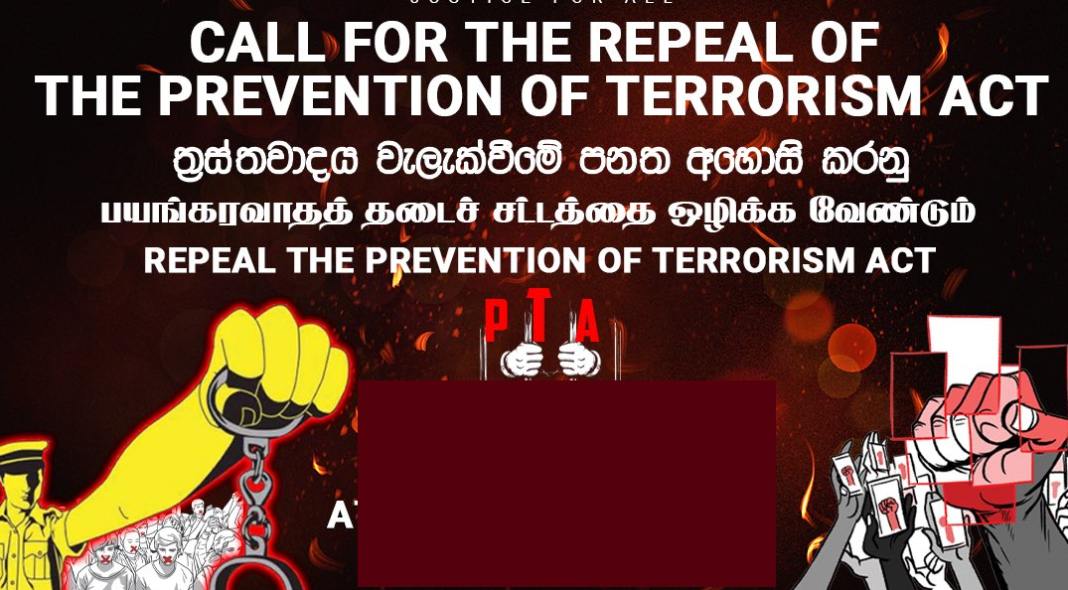 The Sri Lanka Police has refused to provide the number of citizens arrested and detained under the Prevention of Terrorism Act at the Right to Information Commission.

Wasantha Kumara Kotiakumbura, the police inspector and  lawyer of the Police Legal Division, who represented  the Inspector General of Police, refused to provide such information saying that it could be a serious prejudice to national security.

In the case of Tharindu Jayawardena  Vs the Commissioner General’s Office for Rehabilitation it has been noted that disclosure of the number of people arrested and detained under the Prevention of Terrorism Act does not pose any threat to national security, and that it is wrong for the public authority to take such a position regarding the requested numerical data, lawyer Suren D. Perera, who represented the applicant told the commission.

The lawyer further said that the Police Media Spokesman had stated similar figures in a press conference the other day and said that the police were misusing the provisions of the Information Act and they could not even explain how their decision comply with the Act.

Lawyer Suren D. Perera said that the Director of the Police Legal Division had previously responded to this request for information He pointed out that police has  various positions with the aim of not to provide the information.

The commission questioned the police inspector whether Sri Lanka is giving these numerical data even to the United Nations and he said that even so, the police is of the position that it is not possible to provide the relevant data to the lawyer.

Accordingly, the decision of the appeal related to this information request was postponed to October 7th.

It should  be noted that the police is refusing to provide requested  information regarding the persons arrested under the Prevention of Terrorism Act against the backdrop of international criticism of the Sri Lankan government regarding the arrests made  under the PTA.