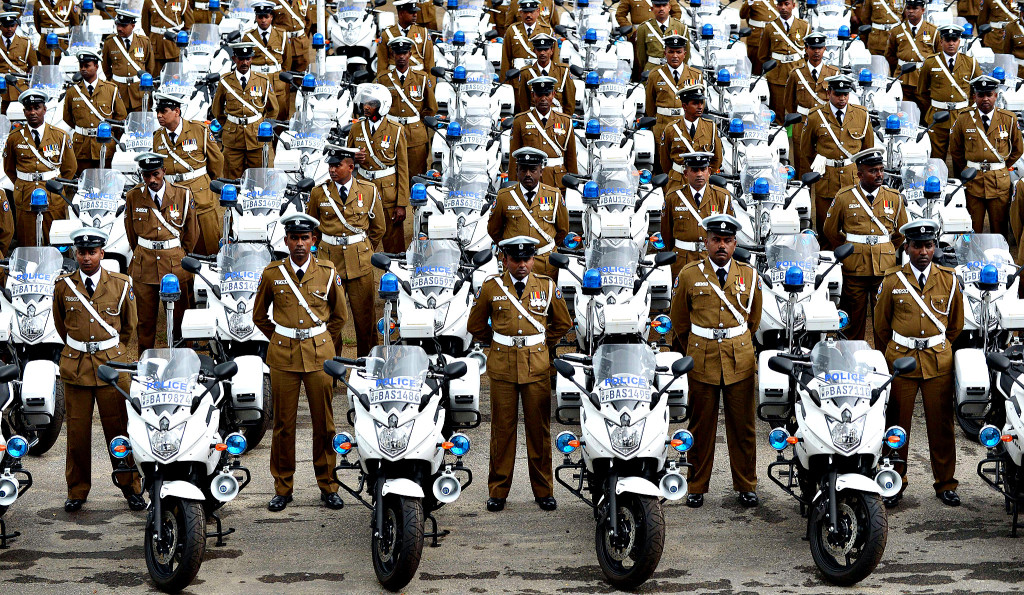 In the past, respective governments appointed different commissions to look into — a crisis in the policing system in 1945; even worse problems in 1970; graver problems owing to severe politicization etc. in 1995. Since the 1970s, the politicians began interfering with the police and created serious law and order issues causing irreparable damage.  A civil servant too had been appointed unprecedentedly as Senior DIG (Administration) to look after the administration in the 1970s.  However, the IGP is the Head of the Police Department.   All the powers are vested in him to run the administration of the police efficiently and effectively.

The IGP is the sole Adviser to the Government on all matters relating to the administration of the police force.  He is responsible to the Government for anything and everything including – training,   discipline,    preventing and detecting crime and maintaining law and order and for the efficient discharge of duties by officers of all ranks.

Since the 1970s certain politicians have taken the law into their own hands. It is perhaps because a large majority of politicians refused to fathom the implications of misrule for their personal gain.   If not,   they failed to comprehend the need to protect the interests of the country,  the people and their wellbeing.  It has now become a severe ordeal.   Unruly parliamentarians went away with their goons from police custody by force.   They tied public officers to trees, attacked police officers when they issued tickets for high speeding and played merry hell in the well of Parliament too.

The concept of establishing an independent Police Commission was the outcome after long and careful deliberations.   The enactment of the 17th Amendment was thereafter the most significant and sought of achievement in the country of independence.  It addressed several issues including politicization of the Police Department,   which provided for the creation of the Police Commission – a step in the right direction.

The previous government took steps to enact the 18th Amendment by repealing the 17th Amendment.  This was a disastrous step by the previous regime, which had also conveniently forgotten that there had been two insurgencies and a devastating war.   After winning the war,   they failed to do the next best thing for the benefit of the people and the country.  The rule of law and good governance were desperate prerequisites in the country.    The police failed to bring to book politically favoured underworld gangs,   drug kingpins,   ethanol dealers and other fraudsters.  They were also able to buy corrupt politicians and bureaucrats and thereby undermined the police powers using their own illegal and ill-gotten wealth. The international community had therefore urged that the government took necessary steps to follow internationally accepted conventions,   norms and observe principles of good governance and rule of law.
The MS and RW partnership has already enacted the 19th Amendment.   This has constitutionally (Clause 155 G) given wide powers to the Police Commission to exercise its authority over appointments,  promotions,  transfers,  disciplinary control and dismissal of police officers other than the IGP.
It is also encouraging that the Constitution has specifically granted powers now to the Commission to establish procedures to entertain and investigate public complaints and complaints of any aggrieved person/s made against a police officer or the police service and provide redress as provided by the law.

The Police Commission is accordingly empowered (155 G (3)) to take suitable steps constitutionally in consultation with the IGP and provide for and determine all matters regarding police officers,  including;
(a)The formulation of schemes of recruitment,  promotion and transfers,  subject to any policy determined by the Cabinet of Ministers
(b)Training and the improvement of the efficiency and independence of the police service
(c)The nature and the type of arms,  ammunition and other equipment necessary for the use of the National Division and the Provincial Division
(d)Codes of conduct and disciplinary procedures.

It is extremely important and necessary to take early and meaningful steps to redress the grievances of both the public and serving police personnel.  It is also imperative to make the police top officials easily accessible to the general public.  According to what I gather from the general public who visit the presidential commission to lodge their complaints (thinking we could grant redress) people have suffered untold miseries owing to dishonest unscrupulous police officers.
In Sri Lanka, politicians and their henchmen are given protection to continue their illegal practices by the police.  The Police officers look the other way when politicians break traffic laws openly in broad day light.  If an average citizen does it even mistakenly,   police are there to punish them.  Sometimes you could escape by giving them a bribe.  The people go through severe inconveniences owing to these discriminatory practices.
A Pradeshiya Sabha Chairman,  down South,   a well known IRC,  was gunned down in Hikkaduwa by  a rival gang.    Reportedly,   his funeral was attended by all the top politicians in the former regime.   There were white jasmine flowers sprinkled from a helicopter – paid for allegedly by another national level politician,   when the body was taken to the cemetery.  This proves how local IRC type politicians were appreciated by their seniors knowing very well they were wanted criminals.

“We cannot however expect miracles from the Police Commission overnight.  The herculean task before the Commission is to ensure that police officers are provided with the necessary protection,  support and strength to perform all their duties”

Police could not apprehend miscreants because politicos protected them knowing they were criminals.  This culture of impunity should now be changed.   It will not be an easy task therefore for the Police Commission to ensure fair treatment to everybody. However,  we now have to compel police officers to treat all citizens equally,  with courtesy,  consideration and dignity as well.

The first lesson should be what Lee Kuan Yew did in Singapore.  In Sri Lanka to begin with the traffic police should be compelled to perform their duties with honesty.     The law should be applied equally to everybody.  A few days after he assumed office as Prime Minister, Lee Kuan Yew was copped while on his way to office.  After he had been issued with a ticket,   the police officer was politely requested to present himself at the PM’s office the next day.  The police officer was simply surprised that he had copped the Prime Minister the previous day.  He did not expect him to be commended and promoted.  LKY had publicized how well the police officer had performed his traffic police duties.  He had pointed out to the countrymen that Singapore needed similar police officers to take the country forward.   I have no doubt the present Prime Minister will set the path clear for the Police Commission to implement traffic laws firmly without any discrimination, like LKY in Singapore as the first step in the right direction.
We cannot however expect miracles from the Police Commission overnight.  The herculean task before the Commission is to ensure that police officers are provided with the necessary protection,  support and strength to perform all their duties as law enforcement officers impartially with honesty,   dedication and without fear or favour,  affection or ill-will and without regard to status or political affiliations.

The police officers also should now learn to use discretion appropriately in order to build and improve public relations with the citizens.

A Retired senior well respected police officer says the toughest job for the Commission is to restore discipline among the police personnel.    He believes the majority now prefer the politicians to give orders to the police.  A minority is keen to restore the police to its former glory without political interference.  The seniors therefore he says should begin leading by example – “By obedience we learn to command” and added “By being honest we make our men honest”. He added that capable,  honest, committed and hardworking police officers need to be given necessary powers to conduct proper investigations of crimes,  maintenance of law and order and effective preventive action against crime without political interference.

Senior Police officers should therefore;   (a) must check their police area always (b) be in   contact with other senior officers in the area for the prevention of crime and the maintenance of law and order (c) arrange for the proper supervision of criminals (d)  arrange for effective and efficient patrolling of the area by day and night (e) supervise the serving of processes and execution of warrants,  etc., and (f) co-ordinate the collection and communication of intelligence.

It is sad that the police had no option but to give less priority to the above duties.  They had been compelled to provide security to those visiting VVIPP causing serious lapses in the divisions instead. The Commission must now ensure that the laws are enforced courteously and legitimate duties are attended to.  In exercising their duties,  police officers must also conduct themselves,   in appearance and in behavior,  in such a way that they inspire confidence and respect for the police service – which is an imperative.

To be able to improve the services rendered by the police,   a decent salary increase is a must for the police personnel.  The general public would no doubt desire to see the police force,   consisting of nearly eighty five thousand personnel,   performing their duties far better without compromising their integrity by refusing to accept bribes,  favours,    presents,  and for a bottle of high spirits.