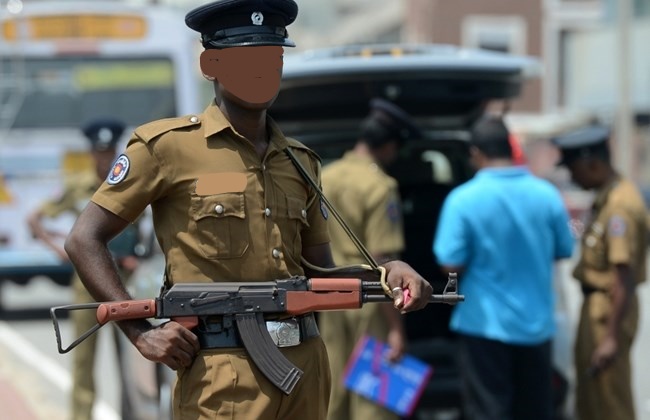 The Asian Human Rights Commission reports two recent incidents in the South of Sri Lanka where police had shot at alleged ‘suspects’, killing one and injuring another.

The statements by AHRC follows:

On 26 June 2017, Gunadasa was walking in Warakapola Town along the Kandy-Colombo main road. While he was passing the town, suddenly a police vehicle belonging to the Warakapola Police Station approached him. He was arbitrarily shot by an Officer at close range. Before the arrest he was not noticed to have stopped walking. Gunadasa was seriously injured and later succumbed to these injuries. He was transported to the Warakapola Base Hospital for treatment by the Police.

Later the Police issued a media communiqué saying that the Police fired on a person who was escaping from being arrested. Police were attempting to arrest a person engaged in a theft. Explaining the reason for the shooting, the Police stated that the deceased tried to attack them with a hand grenade. In retaliation the Police opened fire on him at extremely close range.

No details were produced on the complaint that the Police received about the theft. No property had been stolen by the victim. Neither the supposed hand grenade nor any other weapon belonging to the victim was submitted in evidence as used against the Police.

Gunadasa’s relatives maintain that he was extra-judicially killed by the Police. This is another example of a gravely faulty Policing System in Sri Lanka. It murders innocent suspects under the guise of crime prevention.

The Asian Human Rights Commission has received information about the case of Mr. Bodhipakshage Manjula Prabath Wijewardana of Nisansala, Arama, Aranayaka in the Kegalle District.

At 10:30 a.m. on 13 June 2017, Manjula was waiting on the main road, in front of the Mayurapada Central College in the Town of Mawanella. Without warning several police officers appeared in front of him, took aim and directly fired at him. Manjula’s left leg was hit and he fell to the ground. Later he was brought by police jeep and admitted to the Mawanella Base Hospital for emergency treatment.

Before the shooting, Manjula was not aware that the police officers were going to arrest him. He was not ordered by the police to obey their orders. Manjula did not know of any reasons why the Police would abruptly, without warning, directly shoot at him. He was not given any reason for his arrest or shown an arrest warrant. Police failed to produce any evidence that they tried to arrest him in a peaceful manner. Manjula respectfully states that he never tried to escape from being arrested by the Police.

A Police Communiqué was issued, stating that Manjula escaped being arrested by the Police. They never produced any independent evidence that there was a legally issued arrest warrant against him. No facts were submitted showing that Manjula tried to run away and prevent the officers from arresting him.