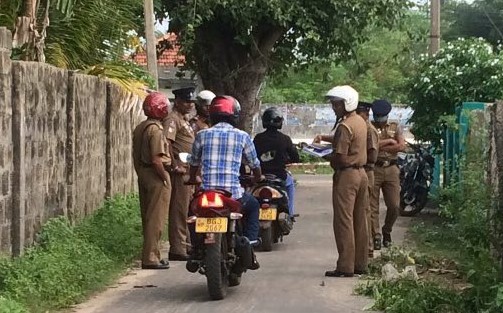 The police have resumed registration of householders in the Colombo city area.

Police media spokesman Nihal Thalduwa told the Sunday Times this was done in the 1990s during the war period and from time to time they resorted to it to crack down on drug peddlers and wanted criminals who take refuge in safe houses.

“Most people do not know who is living in the houses they give for rent. If we have information on house owners, other tenants as well as household helpers we can use the information to ensure security,” the SSP said.

He said that according to the Police Ordinance, there is provision to carry out such registration and failure do so is a punishable offence.

During our phone conversation little while ago, President @RW_UNP agreed that @srilanka_police should not go house by house collecting personal household details. He assured me of prompt action to remedy this. #ManoGanesan #lka pic.twitter.com/wZt7VuWDQ5

However, Samagi Jana Balawegaya member, Mano Ganesan said there is no necessity for the police to collect personal information going from house to house. He said he had seen police officers in areas such as Wellawatta and Bambalapitiya engaging in such activities.