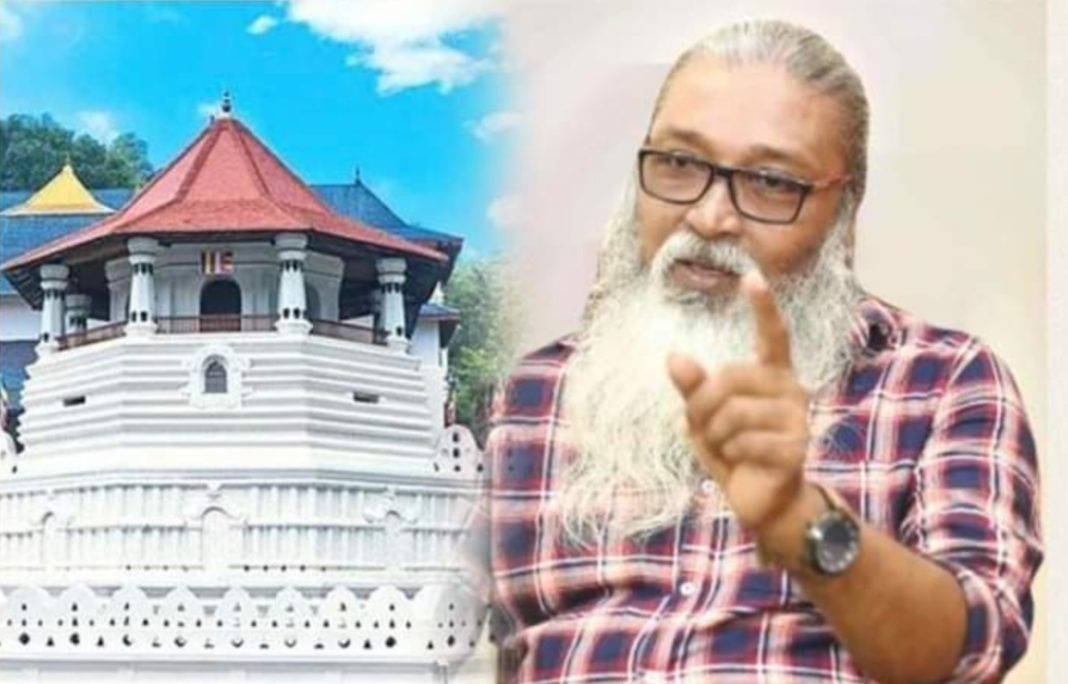 The public complaints division of the CID commenced an investigation into the matter after Inspector-General of Police (IGP) C.D. Wickramaratne received written complaints in this regard.

Speaking on the matter, a senior police officer stated that facts were presented to the court in this regard.

They urged the Government to take necessary measures to nip the matter in the bud.

Meanwhile, Minister of Justice Wijeyadasa Rajapakshe, who addressed the Parliament earlier today, vowed legal action against Amarasinghe, stressing that the religious harmony in the country cannot be allowed to be disrupted.

Pursuant to the International Covenant on Civil and Political Rights (ICCPR) Act, No. 56 of 2007, propagating war or advocating national, racial, or religious hatred that constitutes incitement to discrimination, hostility or violence is a punishable offense with rigorous imprisonment for a term not exceeding 10 years.

Meanwhile, President Ranil Wickremesinghe has called for an immediate and comprehensive investigation into the construction of a fake Temple of the Tooth Relic (Dalada Maligawa) in Pothuhera, Kurunegala.

Accordingly, necessary instructions were given to Inspector General of Police (IGP) C.D. Wickramaratne in this regard, after Most Venerable Mahanayake Theras of Asgiriya and Malwatte chapters reported the incident to the President.

ECONOMYNEXT – In a rare display of unity, Sri Lanka’s parliamentarians across the aisle spoke as one demanding legal action against an ordinary citizen for expressing an opinion deemed insulting to Buddhism, the country’s most widely practised faith.

Sepal Amarasinghe, a popular YouTuber known for being a freethinker and non-believer, was on the receiving end of a torrent of venom rom legislators representing almost all political parties on Thursday January 05 over a comment he allegedly made on the sacred tooth relic of the Buddha, which Buddhists believe resides in the Temple of the Tooth in Kandy.

Amarasinghe’s YouTube channel has nearly 80,000 subscribers and the outspoken man, instantly recognisable from his voluminous grey beard, is well known on social media for his unorthodox views that challenge what he claims are parochial traditions and customs. He is also known for his biting, unfiltered political commentary and his tendency to take on religious extremists of all faiths.

A recent video of his appears to have drawn the ire of Sri Lankan government and opposition legislators alike, who accused Amarasinghe of using derogatory and inflammatory language to describe the tooth relic.

MP Wimal Weerawansa, a staunch nationalist who now sits in the opposition as an independent, did not mince his words.

“This descent to savagery must not be allowed. Action must be taken against it immediately,” he added.

Justice Minister Wijeyadasa Rajapakshe said nobody in the world has the right to insult the tooth relic, which is an object venerated not just in Sri Lanka but by Buddhists across the world.

“Our feelings as Buddhists and those of our venerable monks have been hurt by this insult,” said Rajapakshe, adding that an organised campaign was under way to bring the Buddhist clergy into disrepute and that Amarasinghe was evidently a leader of this group.

The minister said legal action must be initiated in terms of Section 290 of the Penal Code and in terms of the International Convention on Civil and Political Rights (ICCPR) Act.

Section 290 of the Penal Code reads: “Whoever destroys, damages, or defiles any place of worship, or any object held sacred by any class persons, with the intention of thereby insulting the religion of insult the any class of persons or with the knowledge that any class of persons is likely to consider such destruction, damage, or defilement as an insult to their religion, shall be punished with imprisonment of either description for a term which may extend to two years, or with fine, or with both.”

The use of the ICCPR in Sri Lanka on matters of faith has been controversial. Fiction writer Shakthika Sathkumara was famously detained under provisions of the ICCPR over a short story he had written in 2019. In May 2020, the United Nations Working Group on Arbitrary Detention said the Government of Sri Lanka was in contravention of its international human rights obligations for Sathkumara’s pre-trial detention. The UN body said he was detained for peacefully exercising his right to freedom of expression.

Sathkumara, who was subsequently discharged, faced up to 10 years in prison if he was found guilty as he was charged under Section 3(1) of the ICCPR Act and Art 291(B) of the Penal Code, which deals with propagating hatred and incitement of racial or religious violence.

Rajapakshe said legal action will be taken against Amarasinghe who he claimed was attempting to create a religious conflict in the country.

In Amarasinghe’s videos, however, there is no evidence of him trying to instigate a conflict, but his harsh and apparently indiscriminate criticism of dogma of all mainstream faiths may be deemed derogatory by those who take offence at his content.

Main opposition Samagi Jana Balawegaya (SJB) MP Lakshman Kiriella quoting Amarasinghe claimed that he had called the sacred tooth relic a ‘labba’, which literally translates to a type of fruit but is often a euphemism for male genitalia.

Kiriella temporarily distracted the collective outrage when he claimed that Amarasinghe had previously chaired a cooperation under the government of ex President Gotabaya Rajapaksa, an allegation quickly refuted by Agriculture Minister Mahinda Amaraweera.

“As far as we know, he had absolutely no connection to anyone in the government. I actually know him as someone who was involved in the Aragalaya,” said Amaraweera, evidently relishing the fresh opportunity to paint the anti-Rajapaksa street protests in a negative light.

However, Kiriella was unable to name which cooperation Amarasinghe had allegedly headed.

MP Weerawansa, meanwhile, who rose to speak again, claimed that a “radical, non-religious” group hell bent on hurting the feelings of Buddhists.

“They have their own political beliefs. There can be non-religious people, but they have no right to hurt the sentiments of a believer. Non-believers can continue to not believe. But they have no right to insult beliefs, or to call the sacred tooth relic a <redacted>. There is no need for that kind of democracy in this country. What kind of democracy is this?” said Weerawansa, positively seething.

When Deputy Speaker Ajith Rajapakse attempted to allow the next MP to speak, Weerawansa shot back: “Are you a non-believer too?”

His anger rising, the Colombo district MP said: “Protecting the sacred tooth is the foremost duty of the state. Can these thuppahi hipaatuwan be allowed toinsult it with offensive language?”

State Minister of Tourism Diana Gamage, meanwhile, who has incidentally come under fire from the religiously inclined for her proposals to promote night life in Colombo, claimed that Amarasinghe and others like him resort to such tactics to claim assylum abroad.

“We must definitely take action against this. On top of that, action must be taken to prevent these people from leaving the country,” she said.

Janatha Vimukthi Peramuan (JVP)-led National People’s Power (NPP) leader Anura Kumara Dissanayake was somewhat more tactful in his comments. The JVP has often been associated with freethinking “radicals” online, and the government has claimed more than once that the formerly revolutionary party was behind the more violent elements of the recent anti-government protest movement.

“We know that our country was once embroiled in a war. There was much bloodshed. There were then religious conflicts. There was bloodshed there too. The way this country can move forward is not through conflict on ethnic or religious lines.

“From time to time, situations like this emerge. Various groups want to create different forms of fundamentalist conflicts. As a government and as a society we must be mindful that such things can give rise to major conflicts. I think everyone has a responsibility to not allow such a situation,” he said. (Colombo/Jan05/2023)