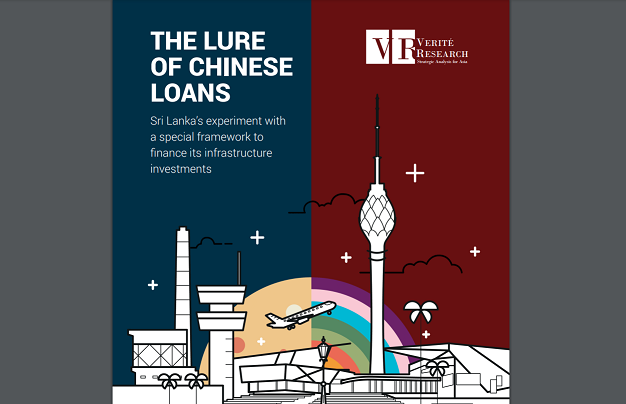 To finance its ambitious infrastructure development programme, the Sri Lankan government introduced a special framework in 2010 to facilitate access to export credit provided by emerging economies such as China.

Alternative funding sources such as these this were considered an important means of bridging the financing gap created by the gradual decrease in concessional financing from other traditional multilateral and bilateral sources, due to Sri Lanka’s transition to lower middle-income country status in 2004. The special framework functioned from 2010-2016. During this period, 26 public sector projects were approved by the Standing Cabinet Appointed Review Committee (SCARC) using the provisions of the special framework. Among these were 12 projects funded by China, which accounted for 92% of the total value of all public funded projects approved by SCARC.

Carving out a special framework was necessary because the government faced challenges accommodating such financing that originated as USPs with assurances of financing from Chinese policy banks within the existing public procurement framework. The public procurement guidelines of 2006 (PG 2006) applicable at the time had no explicit provisions for USPs, and deviations from the established procurement process was allowed only under “extraordinary circumstances”.

The special framework established in 2010 was designed to accommodate USPs for publicly funded projects and to provide additional reasons (other than extraordinary circumstances) that could be used to justify proceeding with USPs outside the normal procurement process outlined in PG 2006.

However, this research found that, although proposed with laudable intentions, several weaknesses in the design of the special framework created loopholes that could be exploited or misused by the parties involved in the decision making process, which led to outcomes different from the stated objectives.

First among these weaknesses was the inclusion of a vaguely defined list of reasons to justify deviations from the established procurement process.

Second was the complete disregard of the cost of the funding and the grant element (which is crucial to assessing the concessionality of the loan) in determining the suitability of funding.

Third was the lenient decision-making process which allowed the authorities to proceed with the USP, even if only one of the loosely defined reasons listed were met.

The rigour of the evaluation process was further compromised by the discretion provided to SCARC to decide whether the USP needed to be evaluated by an independent project/technical evaluation committee.

Overall, the high level of discretion vested with the officials involved in the decision-making process made the weaknesses in the framework highly vulnerable to
abuse/misuse.

The GAMWSS, a project that aimed to provide pipe-borne water to 400,000 people, provides valuable insights into the application of the special framework. The contract
to implement the project was awarded in 2013 to CMEC, a company that submitted a USP without going through a competitive bidding process but with the recommendation of the SCARC and the approval of the Cabinet of Ministers.

The case study reveals how the flawed design of the process coupled with its flawed execution led the government to award a contract without carrying out even the minimum due diligence and to agree to pay a higher price than would have been the case had the project been procured through the standard process, to a company that had little experience and no expertise in the sector. Further, the case study shows how such frameworks fail to deliver expected outcomes due to the failure to adhere to the process outlined by the parties involved.

Despite concerns such as higher costs and the lack of experience and expertise being identified in the early stages by the committees appointed to evaluate the proposals, these had been overlooked in the approval process. Further, as mentioned by the Attorney General’s Department in its letter to the MOF, the presence of “elements of corruption” was likely to be a potential reason behind the irregularities and malpractices identified in the decision-making process. As a result, the government failed to secure the expected concessional loan from the EXIM Bank of China and the expected rigour of the evaluation process was compromised by the Ministry and SCARC, which completely overlooked vital factors such as the completion of the feasibility study, environmental impact assessment, terms and conditions of the funding as well as the experience and the expertise of the company.

Further, the project completion has been delayed by more than seven years. As a result,400,000 people are still waiting for the promised water connections and the project, which was once hailed as the largest water supply scheme, may not be sufficient to meet the increasing demand for pipe-borne water resulting from the rapid urbanisation in the area by the time it is completed.

Between 2010-2016, Sri Lanka secured loans to the value of USD 5,895 million from China to finance its infrastructure. China was the leading provider of foreign loans
for infrastructure development in Sri Lanka during this period accounting for 37% of the total. Over half of these funds (53%) were realised through projects that originated as USPs, which were approved by SCARC.

The analysis reveals that although the special framework succeeded in tapping into the large pool of financing from China, in the process of securing these funds, the
country incurred numerous additional costs. The lack of visibility of these costs can lead to an over-estimation of the benefits of such funding and an under-estimation
of the actual costs.

The case study also sheds light on the ineffectiveness of the oversight processes in place. Despite the oversight institutions such as the Auditor General’s Department
frequently reporting on financial and other irregularities related to the project, there was no evidence of any legal action being taken against the individuals involved. This is a key factor that contributes to the recurrence of these problems. Weak and ineffective oversight makes the rewards of bypassing the processes far higher than the
risks of getting caught.

Conclusions of the Verité report The Lure of Chinese Loans