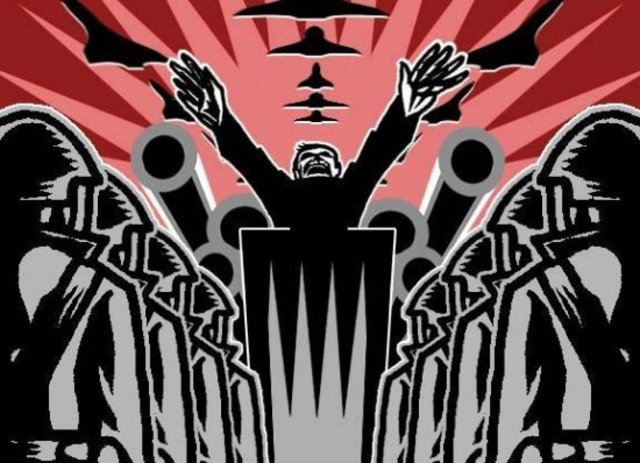 First to the full text of the motion: “The Prime Minister and Minister of Finance, Minister of Buddhasasana, Religious & Cultural Affairs and Minister of Urban Development & Housing,— Implementation of Decisions and Recommendations of the Presidential Commission of Inquiry to Investigate and Inquire into and obtain information in relation to alleged political victimizations of Public Officers, Employees of Public Corporations, and Members of Armed Forces and Police Service, who were holding posts during the period commencing from 08th January 2015 and ending on 16th November 2019,—

(Contained in the First, Second and Third Volumes and the Addendum  correcting the typographical and printing errors of the said report) through a Resolution in Parliament;

Commission in relation to the Anti-Corruption Committee referred to in Item No. 08 of the First Volume of the said Final Report;

(c) To make arrangements for the appointment of a Special Presidential

Commission of Inquiry or for the creation of any other appropriate mechanism as determined by Parliament for the implementation of the decision No. 1 and recommendation No. 1 of the said Item No. 08;

(d)  To refer the decisions and recommendations made by the above

Presidential Commission of Inquiry pertaining to Item No. 08 and to the complaints from I to LXI in Item No. 09 in the First, Second and  Third Volumes and the Addendum correcting typographical and printing errors in the said Final Report, to the relevant authorities, including the Commission to Investigate Allegations of Bribery or Corruption, the Public Service Commission, the Inspector General of  Police, the Minister in-charge of the relevant Ministries and the Secretaries to the Ministries, for implementation; and

(e)   To implement the decisions and recommendations made by the said

Presidential Commission of Inquiry, pertaining to the complaints referred to under Item No. 10 in the Third Volume of the said Final Report.

The wording of the motion, as is clear, is technical and tends to be confusing to the average person in the light of its legalistic formulation. In laymen’s terms, the gravamen of its contents is to legally withdraw many cases pending for which the Cabinet of Ministers has given approval in January, this year. There is, however, an exception in respect of one provision – Item 8. Through this, the motion refers to the setting up of the Anti-Corruption Committee (ACC) and the Anti-Corruption Committee Secretariat (ACCS) by the previous yahapalana government. This is where some yahapalana leaders conceded before the Commission that the setting up of the two bodies was illegal. That admission was damning since they did not think it fit to legislate for it when they were in power. Why? This is despite Police teams being sent to the United Kingdom to learn from its Serious Frauds Office so a similar body could be set up in Sri Lanka.

They were established on a Cabinet Memorandum forwarded by then Prime Minister Ranil Wickremesinghe on June 2, 2015, at a ministerial meeting chaired by the then President Maithripala Sirisena. He reasoned that, “it was to investigate the large-scale corruption and fraudulent activities that prevailed during the previous regime, initiate legal action against those responsible  for same, and recommend measures to be adopted to prevent such occurrences in the future,” A sum of Rs 7.5 million he sought for the use of the Secretariat was then approved by the Cabinet. The Commission said more than Rs 33 million had been spent altogether. On February 12, 2015, the then Cabinet Secretary Sumith Abeysinghe faxed to former Inspector General of Police, N.K. Illangakoon a letter informing him of the decision of the ministers “for the establishment of a Division to Investigate Matters relating to Serious Financial Crimes, Public Funds and Property.” He signed a Gazette notification on February 13, 2015 establishing a “new Police Division in the Department of Police – Sri Lanka.” It came to be known as the Financial Crimes Investigation Division (FCID).

By 2017, the functioning of the Anti-Corruption Committee Secretariat (ACCS) had become so unwieldy with political interference at various levels. Documents before it were circulated like bus tickets. It was also riddled with institutional problems. There were complaints that persons who held large amounts of money in banks were hassled. Some parted with a part. Then Premier Wickremesinghe sent in a “confidential” cabinet note dated June 30, 2017. He observed, “Now that the Financial Crimes Investigation Division (FCID) is fully functional, a decision has to be taken on whether the future operations of the ACCS be continued or not.” He said he was submitting the note “for an appropriate decision by the Cabinet of Ministers.” This came at a time when the ACCS itself became the subject of serious accusations of large-scale bribery and corruption. It was decided to shut down the ACCS, but the FCID continued to function until its tasks were assigned to the Criminal Investigation Department (CID) by the ruling alliance.

In its final report, the Commission headed by retired Supreme Court Judge, Upali Abeyratne held that in establishing the Anti-Corruption Committee (ACC) and the Anti-Corruption Committee Secretariat (ACCS), that 22 persons including former Premier Wickremesinghe, MPs from the then (yahapalana) government and opposition, as well as senior Police officers and government officials, “have violated the Constitution and misused public property.” Other members of the Commission were Court of Appeal’s retired Judge Daya Chandrasiri Jayatithilake and onetime Police Chief, Chandra Fernando.

The Commission had also noted that the then Prime Minister Wickremesinghe and members of the Cabinet had “violated their oath to protect and defend the Constitution” through their actions to establish the Financial Crimes Investigation Division (FCID) and “also by having political opponents arrested and detained on false charges under the Prevention of Terrorism Act (PTA).”

The Commission has noted in its report that there is no Constitutional Court to hand down punishments for violations of the Constitution and, therefore, recommended the setting up of another Special Presidential Commission of Inquiry to make recommendations to Parliament on the punishments that should be meted out to them. In the light of this, the motion before Parliament omits all references to item 8. In fact, a Special Presidential Commission of Inquiry was appointed by President Gotabaya Rajapaksa for this purpose. The three members are Priyantha Jayawardena, Judge of the Supreme Court, Khema Kumudini Wickremasinghe, Judge of the Supreme Court and R.M. Sobhitha Rajakaruna Judge of the Court of Appeal. Their findings are not known.

However, the motion calls upon Parliament to resolve to implement decisions and recommendations mentioned in the Item No. 09 and 10. Item No. 09 includes decisions and recommendations connected to 61 complaints mentioned by the Commission. In almost all cases, the Commission has recommended that cases filed against the complainants be withdrawn and action taken against the investigating officers and those who lodged complaints against these individuals.

Those who will be benefiting from the motion

Among cases the Commission has recommended be withdrawn is the case filed against former Navy Commander, Admiral of the Fleet  Wasantha Karannagoda and senior Sri Lanka Navy officers over the alleged abduction and disappearance of 11 students. Others who will see an end to judicial proceedings filed against them include Basil Rajapaksa, Yoshitha Rajapaksa, Udaya Gammanpila, Rohan Welivita, Nalaka Godahewa, Jaliya Wickramasooriya, Nissanka Senadhipathi, Rohitha Bogollagama and Udayanga Weeratunga.

The Commission has also recommended that those who it has deemed had been politically victimized be compensated, reinstated in their former posts, and given promotions that had been deprived to them.

Ahead of the motion becoming known, a meeting of party leaders in Parliament on April 8 turned out to be a hotly contested session lasting more than an hour.  It was over a possible debate called for by opposition parties on the report of the Commission that probed political victimisation. This was at a meeting chaired by Speaker Mahinda Yapa Abeywardena in Parliament. However, government members were of the view that the debate on the Commission that probed the Easter Sunday incidents should be continued. It was noted that some 108 MPs have not spoken so far. Those who insisted were SJB leader Sajith Premadasa, Abraham Sumanthiran TNA, Anura Kumara Dissanayake, JVP leader and Lakshman Kiriella, SJB. A debate is being allowed on April 19, 20 and 21. Here again, whether this could change in the light of the new developments remains a question.

President Gotabaya Rajapaksa submitted a cabinet memorandum on January 15, 2021 to implement decisions and recommendations of the Presidential Commission of Inquiry to investigate and inquire into and obtain information in relation to alleged victimizations of public officers, employees of public corporations and members of armed forces and police service who were holding posts between January 8, 2015 and November 16, 2019.

President Rajapaksa set out the background and the justification in submitting the cabinet proposal for approval. He noted that it has been reported that with the change of the government in 2015, state officials, public servants and employees holding positions prior to the 2015 presidential elections and war heroes including political leaders “were subjected to severe political victimization at the behest of local political opponents and in the interest of pro international terrorist organizations.”

“It has been reported that the Good Governance Government which came into power in January 2015, in order to carry out this process of political revenge had moved to set up two unofficial political institutions called “National Executive Council” and “Anti-corruption Committee” through “Financial Crime Investigations Bureau”, an unofficial Police division , and had made arrangements to forward the alleged complaints to those two institutions for the purpose of taking political revenge and had imposed unwarranted punishments by remanding political leaders, state officials, Army personnel and civilians”, the cabinet memorandum noted.

The President, in justifying the decision, said that he had appointed a Commission of Inquiry consisting of three members giving directions to inquire into and investigate the complaints made by persons who were subjected to political victimization alleged to have been done between January 8, 2015 and November 16, 2019.

The cabinet paper cites the cases the Commission of Inquiry has recommended that relief should be granted.

Some of the cases listed in his 34-page Cabinet Memorandum together with the approval he sought and obtained are:

It is pertinent to note that some of the cases referred to above, have been raised either directly or indirectly, in the UN Human Rights Council leading to the adoption of the resolution on Sri Lanka over accountability issues. Thus, the likelihood of international responses to the government’s moves cannot be ruled out.

As repeatedly pointed out in these columns, with the presence of a lacklustre opposition, there is little doubt that the government motion would be carried through in Parliament and implemented. This is over a matter which threatens judicial independence and the very basis of a judicial system. Perhaps the only recourse the public could look forward now to will be the courts.

Excerpts from the article Controversy over Govt. bill to withdraw cases against its supporters appeared in the Sunday Times on 18 April 2021.