Sri Lanka parliamentarian S. Shritharan complains that he and his family are harassed frequently by security personnel 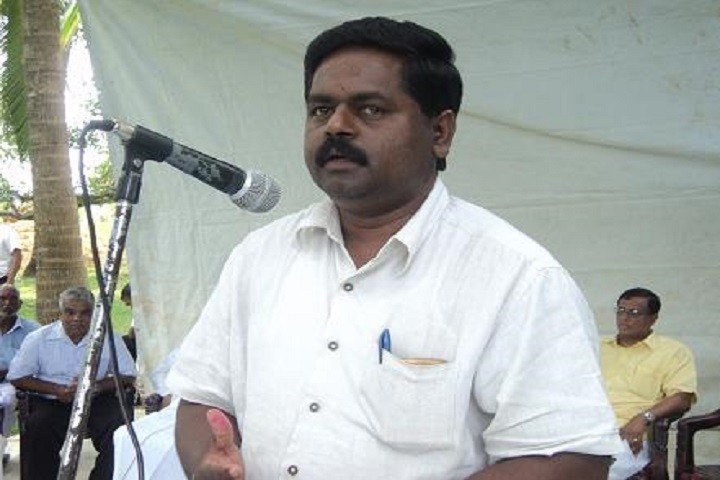 Illankai Tamil Arasu Kachchi (ITAK) lawmaker S. Shritharan yesterday raised a privilege issue with Speaker Karu Jayasuriya highlighting the recent raiding of his house in Kilinochchi by Police and the Terrorist Investigations Unit (TID) with the assistance of the Army in search of explosives.

According to the lawmaker, he and his family are harassed frequently by security personnel. “My house at No. 882, Arumugam Road, Vattakachchi in Kilinochchi had been surrounded by more than 100 service personnel when I was attending the Parliament. They have searched the home and also digging up the earth in the yard for buried weapons and explosives. The raiding personnel has ordered the caretaker to open the doors and to assist the search operation. This amounts to breach of my privileges as a lawmaker. I am unable to speak freely in Parliament and in my country because of the constant threats against me by the security forces,” he said.

According to MP Shritharan, he has been harassed on 18 March by four soldiers and a policeman who arrived at his rented house in Jaffna and conducted a search.

“While I was coming to Colombo to attend Parliament on 3 July 2011, some gunmen belonging to a paramilitary group maintained by the then Defence Secretary Gotabaya Rajapaksa shot at me. I was fortunate to escape the assassination attempt unhurt. Army and Police officers searched my party office in Kilinochchi on 12 January 2013. On that day too I was here in Parliament. Again on 22 January 2013 TID personnel raided the same office and they even took away the computers and documents of my telephones.”

“In April the same year, while our party leader Mavai Senathirajah, Party spokesman MP M.A. Sumanthiran, MP Saravanapavan and myself were holding a meeting at my party office with our party men, around 2,000 service personnel surrounded the office and harassed us. I had been called for inquiries to the fourth floor of the CID six times. This is a serious issue. I am an MP how can I perform my duties if the security personnel continue to harass me in this manner again and again? I call on the Speaker to look into this matter,” he requested. (AH)