Sri Lanka: over 20 attacks on Christians this year 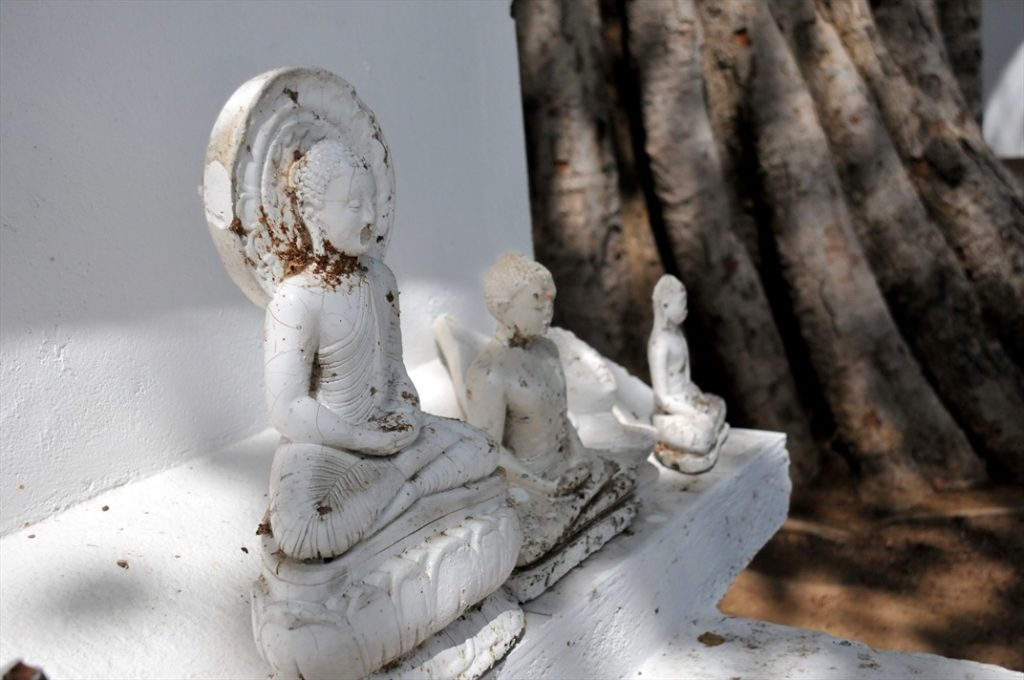 There have been over 20 violent incidents against Christians so far this year, according to the National Christian Evangelical Alliance of Sri Lanka. Following a parallel surge in violent attacks on Muslims in the country, the alliance calls on the government to ensure the protection of minorities and their places of worship.

“Since the current government took office in 2015, over 190 incidents of religious violence against churches, clergy, and Christians have been recorded,” said the alliance in a declaration on 27 May.

The recent attacks on Christians and Muslims have been blamed on a Buddhist nationalist organisation called Bodu Bala Sena (BBS) or the “Buddhist Power Force”.

Image: Venerable Galagoda Aththe Gnanasara Thero, the controversial Buddhist monk and leader of the Buddhist nationalist organisation who is in hiding.

The police are seeking to arrest its secretary general, the controversial Buddhist monk Venerable Galagoda Aththe Gnanasara Thero, who is in hiding. Meanwhile, another BBS member was one of five people arrested for instigating religious violence against Muslims.

In a video message released on 11 June, a BBS spokesman denied that the group was behind the anti-Muslim attacks, but accused the government of allowing Islamic extremism to flourish in the Buddhist-majority nation.

“Within a decade or two, Buddhism will be under serious threat in Sri Lanka,” spokesman Dilanthe Withanage said.

“If we want to resort to extremists, violence or terrorism, we have the power and the strength to do it. But we will never resort to such things.”

Human rights groups, religious leaders, lawmakers and the United Nations have all called on the Sri Lankan government to take immediate action against sectarian violence and growing tensions in the northern and eastern parts of the country.

The Christian Evangelical Alliance pointed out that freedom of religion or belief (FoRB) is a fundamental right guaranteed by the constitution but that protests continue to occur unrestrained against minority places of worship.

When the couple eventually made it home, they found that their house had been pelted with stones, which had smashed the windows.

When Sampath confronted the mob, who had followed them home and were still shouting, he was hit with a pole.

‘To be Sri Lankan is to be Buddhist’

President Maithripala Sirisena and Prime Minister Ranil Wickremasinghe have both ordered police to “uphold the law”, but the violence continues.

According to UCAN, another large protest against a Christian place of worship was staged on 18 May in Devinuwara – in Matara district, in the south – by around 2,000 protesters, including 30 Buddhist monks.

The surge of religious and ethnic violence is particularly concerning in a country that only emerged from a civil war in 2009 – a war that lasted more than 25 years, during which between 70,000 and 80,000 people were killed.

In Sri Lanka, race and religion are intertwined and the background to the simmering tensions and outbursts of violence is the commonly-held belief that “to be Sri Lankan is to be Buddhist”. Understanding this belief, thought to be held by more than 70% of the population, is key to understanding the opposition to minority religions, especially Christianity (7% of the population), Hinduism (12%) and Islam (9%).

The island-country is 45th on the Open Doors 2017 World Watch List, which ranks the 50 countries where Christians are most under pressure for their faith.