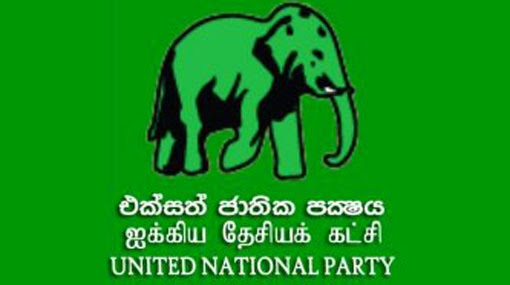 The United National Party today expressed deep concern over reports that state owned and private internet service providers are now “colluding with the repressive Rajapaksa regime” to curtail the freedom of information even further in Sri Lanka.  “After years of using violence, intimidation and coercion to silence Sri Lanka’s mainstream media, the regime has turned its eyes completely on the web-based media, the last refuge of the country’s truth seekers and dissenters,” the opposition party said, in a statement issued today.
The UNP charged that the Rajapaksa Government has been blocking websites since 2006, when hostilities resumed with the LTTE, and that over the years, excusing its censorship with arguments that websites were “scurrilous and defamatory,” the Government has officially issued viewing bans on several Sinhala and English language websites that offer alternative news.
The UNP said it does not believe censorship is the answer, even when the media breaches ethical boundaries or publishes libelous material.
“Legal and regulatory avenues are available when the freedoms are abused and given the scope and breadth of the internet, it will never be an effective answer to simply censor specific websites,” it said.
“As the party that repealed draconian criminal defamation laws that sought to muzzle the free press with threat of imprisonment, the UNP believes ideas should be defeated only ideologically and never by censorship, which is a tool of autocrats and those seeking to quash dissent and abuse power.”
“What began as the censorship of websites disseminating separatist propaganda, soon extended to the blockade of those spreading gossip and rumour. Today, the Government has taken the next logical step. It has begun the censorship of credible news sources available on the internet,” the UNP accused.
The censorship of credible news websites are indubitable proof that the Rajapaksa Government’s true aim is to suppress all news sources who fiercely “refuse to toe the regime’s propaganda line” and those that continue to “expose the truth and corruption rampant within the state machinery,” it said.
“This is also why the censorship of these internet sources have been identified as being part of a trajectory towards autocracy and gross violations of the peoples’ right to know by the US State Department’s Human Rights Country report on Sri Lanka.”
“The censorship on all these websites is unofficially carried out by internet service providers and mobile networks. The Government refuses to officially notify the public of the censorship, because to acknowledge the blockade would be to acknowledge it is extending censorship to regular news sources. It will not be long before it is official newspaper websites that see similar censorship online when they publish stories unfavourable to the ruling dynasty.”
“More disturbing is the fact that private mobile and internet providers are adhering to the Government’s ‘unofficial’ ban. Questions posed to these providers and networks by angered viewers and customers, have elicited no response, or vague references to technical issues.”
The UNP, as the country’s main opposition, demanded that the mobile networks be accountable to the Sri Lankan public and their customer base. “They need to reveal on what official instructions or court order they are implementing this illegal censorship. The TRC has maintained it knows nothing of the ban of the websites.”
The country’s opposition demands to know whether the shareholders of these companies know of and approve this gross violation of their customers’ rights and privacy, the statement read.
“It is a travesty that Sri Lanka’s corporates have bowed to Government pressure in this way, in breach of its trust contract with its customer base. It is hoped that while they may be powerless to refuse the Government orders, these companies will at the very least, have the courage enough to reveal to the general public and their customers the reasons for their repressive action.”
The UNP urged these companies to not become “stakeholders in the ruling regime’s repression and stifling of freedom of expression.”