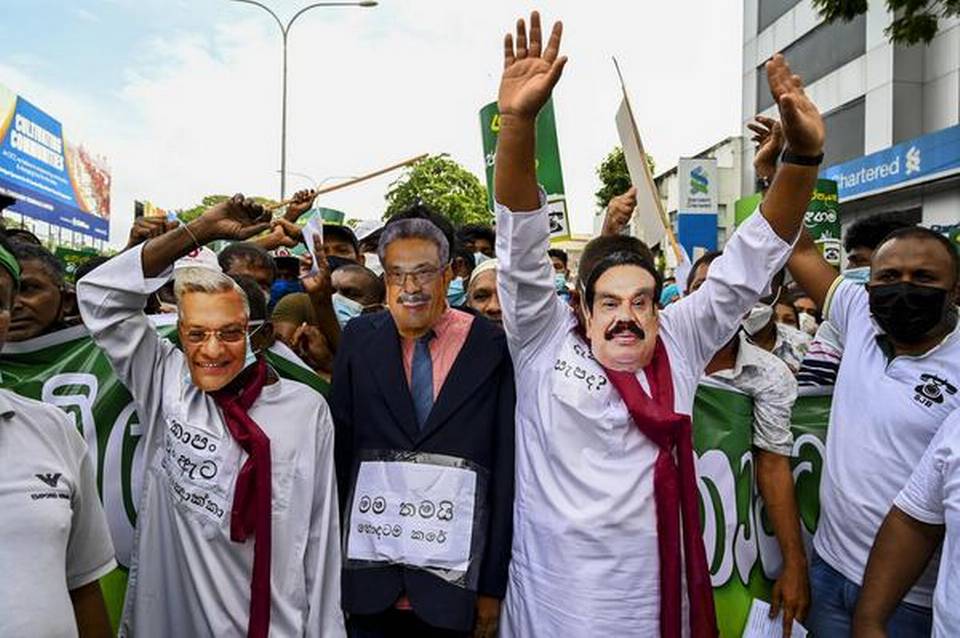 In one of the biggest public assertions of the SJB since the Rajapaksas’ Sri Lanka Podujana Peramuna (SLPP or People’s Front) swept the November 2019 Presidential elections and August 2020 Parliamentary elections, Leader of Opposition Sajith Premadasa was at the forefront of November 16th’s protest held against the “curse of the government”.

“I urge the people of this country to get ready to work under a new vision and a new programme. We shall get together to build this country by creating a government free of corruption,” Mr. Premadasa told the crowd.

The SJB has 54 seats in the 225-member Parliament in which the Rajapaksa combine has a two-thirds majority.

The Opposition party’s protest comes even as the Sri Lankan Parliament debates the annual budget presented by Finance Minister Basil Rajapaksa, the younger brother of President Gotabaya Rajapaksa and Prime Minister Mahinda Rajapaksa. By the government’s own admission, the national economy is facing an unprecedented crisis. Its popularity has diminished, going by the incessant protests held across the country.

Sri Lankans, including those who voted for the Rajapaksas, are expressing anger over spiralling costs of basic food items, fuel and cooking gas. Farmers are protesting the government’s “organic only” policy shift – widely seen as rash and ill-timed. Teachers and health workers have been demanding better compensation and working conditions.

While government supporters and social media commentators criticised the Opposition rally for “inconveniencing” the public and posing a health risk during the pandemic, the SJB appeared reassured by the turnout, especially since the party has come under frequent attack for being ineffective as the main Opposition force.

“The police tried to obtain court orders everywhere to prevent our demonstrations, but the Colombo courts rejected their request. We are very optimistic seeing the show of strength at the protest rally,” said Harin Fernando, SJB parliamentarian and the party’s Head of Operations.

“This is only the first such agitation, we will have many more. The government is not listening to the common man, and we must speak up,” he told The Hindu, adding: “It was a good day for democracy”.