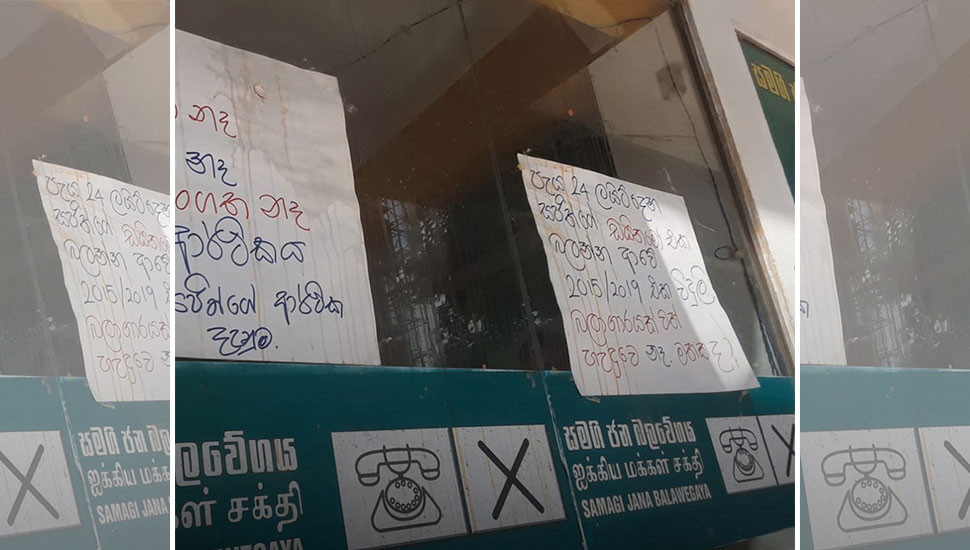 According to SJB MP Dr. Harsha de Silva alleged that the group hurled eggs and garbage at the SJB office. A group of employees of the Kotte Municipal Council also appeared to have been involved in this attack, de Silva alleged.

“This attack on the main opposition party was a cowardly act and deserved condemnation as it was an attempt to suppress public dissent. Amidst anarchical governance and a shortage of fuel, gas, medicine, power outages and the disruption of the transport sector, such an attack is deplorable. If the Government has opted to suppress public opinion, SJB will not hesitate to stand ‘united as one’ with the people who are struggling to make ends meet, added Maddumabandara.

However, SLPP MP Madhura Withanage refuted charges and said the protesters who had gathered in front of the SJB office were not involved in the attack. “We went there only to discuss and clarify SJB’s achievements during the former UNF-led Government,” he said. He, however, counter-charged that those in the office were hostile towards the protesters and added that the egg attack had emerged from the SJB itself, citing it was pre-planned, with the prior knowledge that they were to gather there.
CT