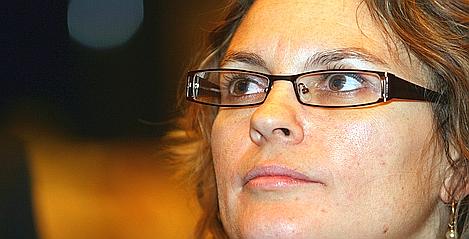 At  its March 2012 session, the Human Rights Council adopted a resolution on Sri Lanka calling on the government to implement the recommendations of its Lessons Learnt and Reconciliation Commission (LLRC) on accountability and other issues. Instead of committing to working with the Council, the Sri Lankan government denounced the resolution as interference, while local human rights defenders advocating for the resolution were publicly threatened.

Since then, the government has toned down its rhetoric against the resolution, but the harassment of civil society groups and human rights defenders, particularly those in the country’s north and east, continues. Local activists have expressed deep concern to Human Rights Watch about their security, but even greater concerns for those they assist. This is especially the case in rural areas where people’s lives are more easily monitored.
Civil society groups and the media in Colombo also continue to report increased surveillance and clampdowns on free speech. The government shut down at least five news websites over the past year, and put in place onerous registration requirements and fees for all web-based media services. Many news websites have since moved their host proxies out of Sri Lanka in order to avoid the censorship.

Human Rights Watch remains concerned about the use of torture in Sri Lankan, a long-standing problem. Ethnic Tamils living abroad have reported as recently as August 2012 of being detained on arrival in Sri Lanka and being tortured or otherwise ill-treated by the security forces; medical reports have corroborated their accounts.  On the basis of our documentation, in May 2012 a court in the United Kingdom halted a deportation flight to Sri Lanka, and pulled some 30 Sri Lankan Tamils off the flight who were deemed to be at risk of torture if returned.

In July the Sri Lankan government made public its action plan on implementing the recommendations of the LLRC. Unfortunately the plan seems more of an attempt to deflect international scrutiny of the human rights situation in Sri Lanka than address the concerns of UN members states. Many of the plan’s implementing authorities are government agencies, such as the military and police, who might be responsible for the alleged abuses. For example, responsibility for an inquiry into British Channel 4’s reporting on alleged summary executions of captured Tamil Tigers has been ceded to the Ministry of Defence, which has previously denounced the program as a fake.

Similarly, the action plan makes the Defence Ministry responsible for investigating alleged killings of civilians, although the defence secretary is already on record stating that no civilians had been killed, or, if some were, they were unintended. No news appears to have been made public regarding the special army courts of inquiry, supposedly established to look into allegations of war crimes. In sum, the government’s accountability efforts remain a great unknown.

The Sri Lankan government has a long history of setting up commissions of inquiry that have led to little or no accountability or justice. The action plan and all government pronouncements should be read through the lens of this history. It was only when the international community stepped in, at the March 2012 Human Rights Council session nearly three years after the war, that the Sri Lankan government took any notice of the demands for accountability. Even then, it has done little but publicly claim to have taken action.  Unfortunately, the facts on the ground – whether regarding free expression and association, or accountability for abuses – tell a very different story.

Human Rights Watch firmly believes that given the Sri Lankan government’s continued failure to deliver on its human rights commitments to its citizens in a meaningful manner, the international community should take action. In this regard, it is evident that the only way forward is to adopt the recommendation of the UN Panel of Experts for an independent international mechanism to investigate violations of international human rights and humanitarian law by all sides to the conflict.