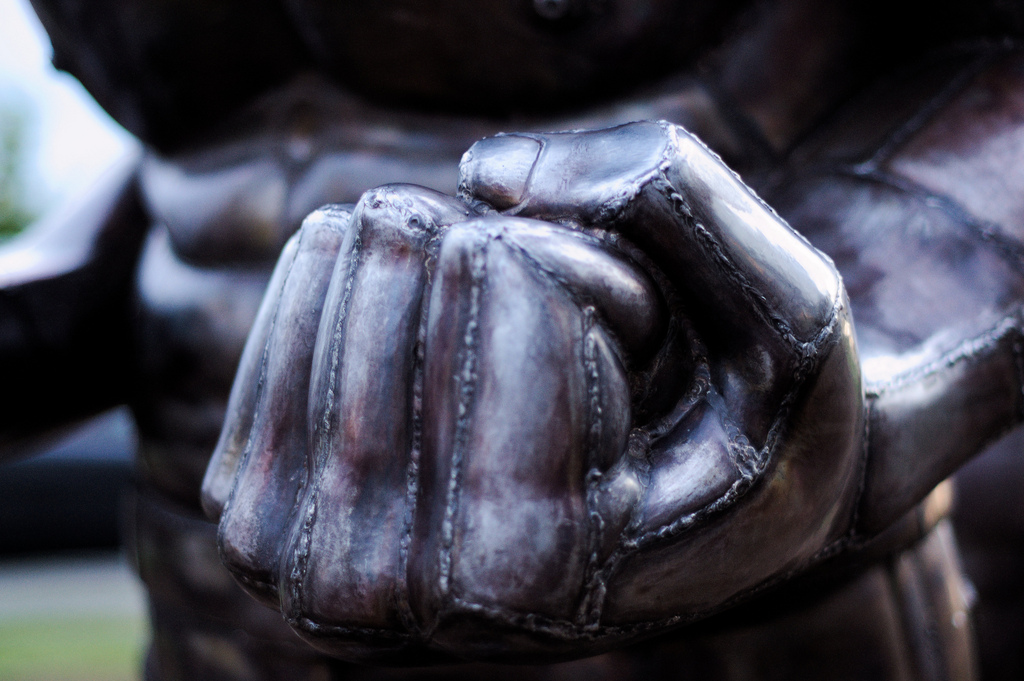 To those who scoffed that the Gotabaya Rajapaksa Presidency would not come in with a sweepingly heavy hand after the first few months of sweetness and charm, this frightening moment of the iron hand in the iron glove that Sri Lanka is experiencing at its onset must surely teach otherwise.

These are admissions that Sri Lanka should look to even as its fragile democratic structures are undermined by unabashed militarisation under the protective cover of a Presidential mantle. Overt manifestations proliferate, such as one military led Task Force tasked with building a lawful, disciplined and virtuous nation in a Stalinist reading of a perfectly obedient society and another on protection of Sinhalese (Buddhist) archaeological sites. As much as the titles of these Task Forces invoke hilarity, these are not amusing developments. Some may casually dismiss as singular aberrations. But that is a costly mistake.

In truth, regardless of propaganda spin, these are ominous tectonic shifts portending splits in the foundations of the Republic. So too are Presidential commands to the public service and this week, to the bankers, to ‘obey or else….’ The whip is thus being cracked with formidable force in a nation weakened by the devastation of the covid-19 global pandemic. Even so and apart from issuing inane statements, the political opposition is rudderless and directionless. Irresistibly, they remind one of terrified sheep, running to one corner of the field at one time and another, immediately thereafter.

For not content with cynical manipulation of the democratic system during 2015-2019, the Ranil Wickremesinghe-led United National Party is now solely preoccupied with fragmenting the opposition to the very end. But there is a cruel logic to this. However much civil liberties deteriorate in Sri Lanka, politicians will not be affected, whether of the Government or of the Opposition. That will be left to the citizenry to face, from the war afflicted in the North to the Muslims who face most certainly, the full brunt of a racist attack directed at their communities and indeed, including the Sinhalese poor.

In Sri Lanka, we see the brutal police assaults on otherwise insignificant protestors using the ‘Black Lives Matter’ platform a few days ago.

The arresting of an attorney during that protest reportedly for asking why the protestors were being arrested show that civil liberties jurisprudence developed painstakingly through the years by the Supreme Court has dissolved into thin air. As the Bar Association of Sri Lanka remains silent on this as well as on the continuing detention of a Muslim attorney without due process, the message is very clear. Resist at your peril. Savagely violent policing and militarisation are two parts of the same dangerous coin. Both are without accountability.

Resistance to militarisation, a clarion call

An administration which prioritises the return of the rich and the privileged to the country while ignoring the plight of migrant workers in West Asia, treated worse than animals by their host nations overcome by the global pandemic, cannot be expected to care very much about the populace, majority ethnicity notwithstanding, once power is ceded fully into its grasp. With the implosion of the economy in the wake of the death blow struck by covid-19, the first victims will be the poor, of all ethnicities, That is already happening now.

And as much as the Sixth Force of the ‘Ranaviru’ (warriors) are utilised purely as a nationalistic device to stir communal divisions, so too are pledges to uphold the ‘Sinhaleseness’ of our archeological sites, historical sites and our cultural icons. At the root of all of this is a naked ambition for power, more power and yet more power. But all that is not unique in the trajectory of Sri Lankan politics.

What is however manifested for the very first time since the decades following independence from colonial rule is that, the nation is being precipitated into military rule in all but name, with institutions such as the Parliaments, courts, the public service being rendered subordinate if not creepingly subservient. Ahead of the 2020 Parliament Election, resisting the militarisation of Sri Lanka with all means at our collective command must be our first priority.

This must be the unifying clarion call from the North to the South.

Excerpts from Kishali Pinto Jayawadena’s column That iron hand in the demonstrably iron glove in the Sunday Times  /14.06.2020