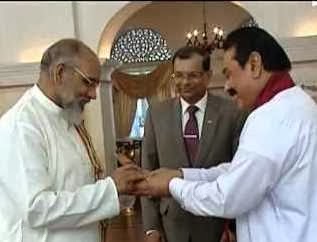 The issue of devolution of power has been at the forefront of the search for a political solution to Sri Lanka’s ethnic conflict for the past nearly six decades.  From the perspective of the National Peace Council, the establishment of the Northern Provincial Council after elections is one of the most positive political developments in post-war Sri Lanka.
It reintegrates the northern polity in to the democratic system and gives recognition to the regional voice of this constituency.  The election constitutes the first step in a process for reintegration and reconciliation.  However it must be noted that for the process to be sustained, it must be mutually acceptable.

The elections and their outcome have set in place the political infrastructure that can address the roots of the country’s protracted ethnic conflict which stemmed from being marginalized and discriminated against.  The National Peace Council wishes to applaud the statesmanship demonstrated by the government and TNA leaderships to resolve their differences of opinion on several matters, including the taking of oaths by the Chief Minister of the Northern Provincial Council.  We are pleased that the two parties found a formula that satisfied their core interests by agreeing to have the oath taking in Colombo and before the President, as did the Chief Ministers of other provinces.

However, the National Peace Council cautions that symbolic acts of goodwill and personal warmth, while crucially important, cannot substitute for respect for legal rights and making decisions together.  So far the manner in which the government and TNA have been dealing with each other after the provincial council elections has been on a constructive basis and augurs well for the future. There needs to be great emphasis placed on achieving mutual understanding for trust to develop.  It is to be hoped that the spirit of accommodation that is presently being displayed will continue into the future.
– National Peace Council /Sri Lanka