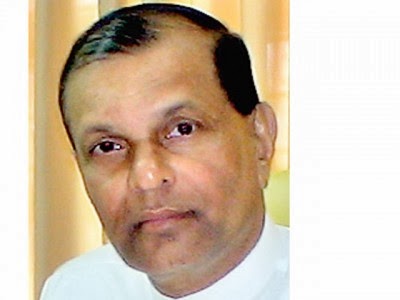 The Northern Provincial Council (NPC) has unanimously passed a resolution yesterday, urging President Mahinda Rajapaksa to remove Maj. Gen. G.A. Chandrasiri from the post of Northern Governor, and appoint a new Governor with no military background.
The resolution was brought by former Parliamentarian and NPC Councillor, M.K. Sivajilingam, and was seconded by Councillor, K. Sarveswaran.
Although the resolution was passed unanimously, the Opposition members pointed out that when selecting a new Governor with no military background, it should be done on a national basis, instead of demanding the appointment of a person of Tamil or Northern origin.

Another resolution was also passed unanimously at the NPC calling for the withdrawal of the Security Forces from the North. The NPC meeting took place without the participation of NPC Opposition Leader, Kandaswamy Kamalendran, who was under arrest by the Criminal Investigation Department (CID) for his alleged involvement in the killing of Delft Pradeshiya Sabha Chairman, Daniel Rexian, on 26 November.