Sri Lanka: NPC makes 5 major requests to President including the composition of CC 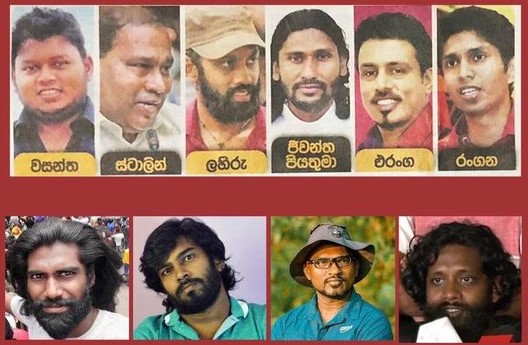 Image: NPC calls on the president to grant a blanket amnesty/pardon to those currently being held in custody or being subjected to legal action.

President Ranil Wickremesinghe’s inaugural address to parliament set forth a vision of good governance and civility that would stand among the most outstanding in the world. His speech comes at a time when several leaders of the protest movement, and youth activists, have been arrested for having violated the law during the public protests that led to the resignations of the former president prime minister and cabinet of ministers of the country.

The National Peace Council congratulates the president on his assumption of office and pledges our support to make his vision a reality. We see the government headed by the president is taking forward several new initiatives to improve the current situation. The system change the protest movement and youth of the country are seeking is a transformation of the existing structures both within and outside the current parliament, which contributed to the collapse of the economic fabric of the country.

We have five specific requests to make of the president at this time.

1. The cabinet has approved the proposed 22nd Amendment to strengthen the system of checks and balances. Three of the ten-member Constitutional Council will represent civil society. However, the discretion is given to the Speaker to pick them, which makes it likely that the choice will be in favour of the government. Therefore, we call for the civil society representatives to be appointed as in the 19th Amendment by both the prime minister and opposition leader together.

2. In his inaugural address which was welcomed by many for its content and delivery, the president repeated his call for an all-party government. Earlier he had written to all parliamentarians regarding this. We urge the president to establish the all-party government in a manner that would give equal weight to each of the political parties in parliament irrespective of their size or numbers. The cabinet needs to be established in such a manner that each party feels that they have a say in the governance otherwise it will be a show only.

4. We urge the president to recognize the exceptional nature of the public protests that included youth, entire families and spanned the communities as the president noted in his inaugural address. We call on him to grant a blanket amnesty/pardon to those currently being held in custody or being subjected to legal action. Being magnanimous towards the youth and others who contributed to ushering in the change of political leadership needs to be done without resorting to emergency rule.

5. The economic difficulties the country is going through and its present inability to earn more than it spends will require significant restructuring of the economy and livelihoods and living standards of the people. This will require a government that has the people’s backing and a fresh mandate. We call for elections to be held within a time frame of a year and that long-postponed provincial elections which are especially important to the minority communities should also be held.

Unfortunately, the spate of arrests of leading members of the protest movement have cast a darkness over the country which the president’s inaugural address can dispel if words are the precursor to change on the ground. It is essential that they do or else the hope of political stability and getting out of national economic distress will prove to be elusive.

The immediate need is to restore political stability. The route to follow is not emergency rule by cracking down on the protesters and their leaders but to find ways and means of engaging with them in a nonviolent manner and address the root causes that brought tens of thousands of citizens young and old to the streets countrywide. The legitimate demands of people who have seen their living standards crash in a matter of months should be addressed through dialogue with them and not by assuming emergency powers and engaging in witch hunts to silence the dissenting voices.