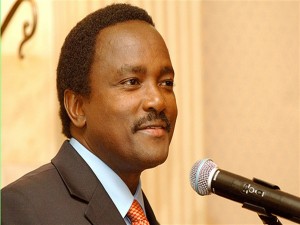 The 18th Amendment to the Constitution, enacted in 2010, undermined the constitutional and legal framework for a credible and competitive election

In a statement on its preliminary findings on Saturday’s Northern Provincial Council (NPC) elections, the Commonwealth election monitors said that it was reported to them that several media outlets were self-censoring when it came to in-depth or sensitive reporting on the elections.

“The mission noted that in the run up to the elections and on election day, important online and electronic media sources were inaccessible,” the statement said.

The Commonwealth Observer Mission had been present in Sri Lanka since 14 September 2013 and the mission’s mandate was to observe and consider all aspects of the electoral process and assess compliance with the standards for democratic elections to which Sri Lanka has committed itself.

“Since our arrival, we have met with the Commissioner of Elections and senior officials of the Department of Elections; representatives of political parties, civil society, media, police and military, Commonwealth High Commissioners, representatives of the United Nations and domestic and international observers, both in Colombo and the Northern Province. We deployed to the five districts of the Northern Province, met with electoral and other officials at the District level and observed voting, counting and the results process,” the Commonwealth observer mission said.

“We are conscious that the Northern Province is emerging from nearly three decades of civil conflict which claimed many thousands of lives and resulted in widespread damage to infrastructure, livelihoods and displacement of the population”.

A Final Report will be issued at a later stage, which will contain detailed conclusions and recommendations.

• The administrative arrangements for voting and counting in this election were impressive.

• There was a large voter turn-out of 67.52% on polling day. We commend the voters for their commitment to the democratic process.

• The Commissioner of Elections and his staff across the Northern Province approached their duties with diligence and dedication. In the polling stations visited, the polls opened on time, election materials were well in place and overall, the process was well administered, including the closing of the poll. Inside polling stations, voters appeared to be free to express their will and officials were largely transparent in their interactions with voters and observers. We did however note that the position of voting booths often compromised the secrecy of the ballot.

• The presence of political party and independent group agents at polling stations was uneven, including at the opening of the poll. Those who were present appeared to actively carry out their role.

• There was adequate security, provided by the Police, at polling stations throughout the Province.

• We commend the decision of the Commissioner of Elections, announced on the eve of polling day, to mix ballot boxes from different adminstrative divisions at the counting stage, to minimise the risk of tracing voting patterns at particular locations.

• Counting Centres were centrally situated. Whilst appreciating the enormity of the task in each counting room, the counting and separating of ballot papers could in future be done in a more organised manner. The practice of sealing counting rooms, including windows, resulted in very unfavourable working conditions for all those present.

• Domestic observers were not given access to the count, which is a key stage of the electoral process.

• We noted with regret the high number of rejected ballots, at 7.5%, cast in these elections. More intense voter education, including using the media, will be required to ameliorate this phenomenon.

• The voters’ register used was updated in 2012 and this marks an improvement from those used in previous elections. Notable efforts were made by civil society to facilitate voter registration.

• Election Day itself was largely peaceful, with only isolated incidents reported.
Constitutional and Legal Framework

• The 18th Amendment to the Constitution, enacted in 2010, undermined the constitutional and legal framework for a credible and competitive election. In particular, the provision for an independent Electoral Commission has been negated.

• There was inadequate enforcement of existing laws that provide for a level playing field for all candidates, such as the use of state resources in electoral campaigns.
Electoral Environment

Any election is a process, not an event. Despite the several positive features of the process enumerated above, we noted issues of concern with regard to the electoral environment and the pre-election period. Key among these are:

• The fundamental freedoms of association and assembly were constrained in the pre-electoral period. We learned that opposition candidates and their supporters, as well as voters at large, faced instances of intimidation and harassment, and that the freedom to hold campaign meetings and openly interact with the electorate was restricted. We particularly noted the reports of attacks on one of the few female candidates in this campaign.

• The media environment appeared constricted. It was reported to us that several media outlets were self-censoring when it came to in-depth or sensitive reporting on the elections. The mission noted that in the run up to the elections and on election day, important online and electronic media sources were inaccessible.

• Numerous reports of misuse of public resources, corroborated by the Commissioner of Elections and independent domestic observers, including misuse of government personnel, vehicles and facilities for partisan political activity, are of concern. We were also made aware of inducements offered to public officials and voters, including conditional job offers, conditional higher salaries and the cancellation of loans.

Over the next four days, we will complete our Final Report and submit it to the Commonwealth Secretary-General. He will send it to the Government of Sri Lanka, the Office of the Commissioner of Elections, political parties and relevant stakeholders, and eventually to all Commonwealth governments. Our Final Report will, in due course, be made available to the public.

Overall we are impressed by the determination and resilience of voters to exercise their franchise in the context of a compromised electoral environment. It is our sincere hope that this election will mark a forward step in the post-conflict development of the Northern Province. We feel privileged to have been part of this historic election in Sri Lanka. (Colombo Gazette)